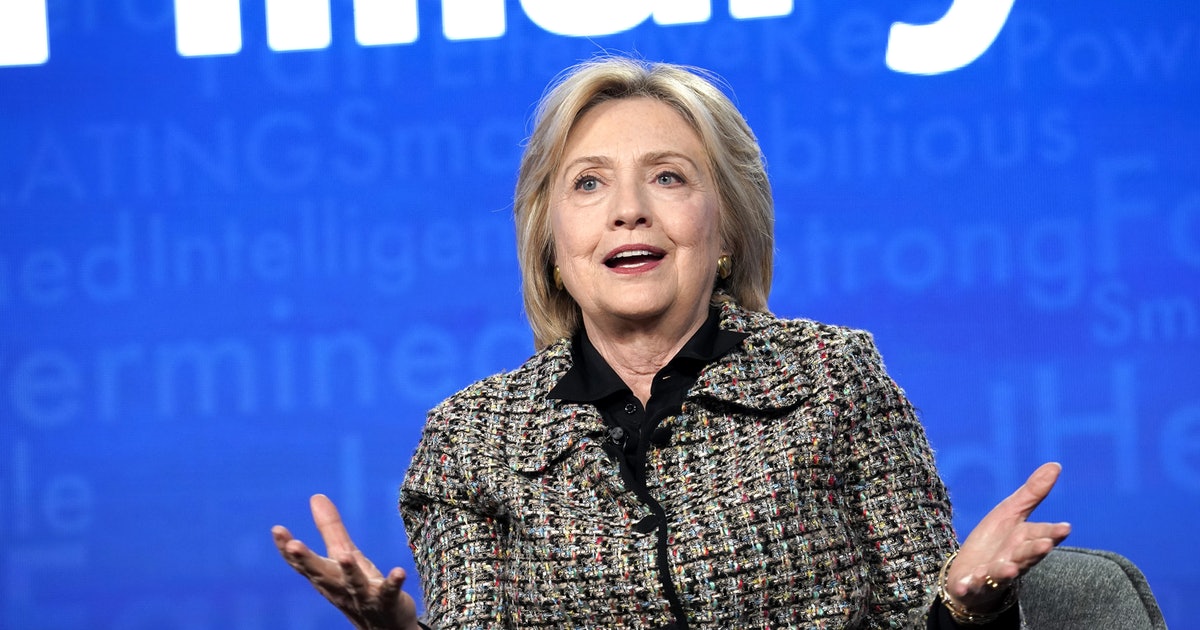 She may have lost the 2016 presidential election, but former Secretary of State Hillary Clinton has not stayed out of politics. She regularly offers her thoughts on current events and the administration of President Donald Trump — though not without controversy. And on Thursday, Jan. 23, Clinton posted an Instagram quoting Meghan Markle, the Duchess of Sussex. But considering the controversy around both Clinton and Markle right now, there’s probably a lot to unpack here.

On Thursday, Clinton posted a simple image featuring a quote from Markle. It read, “Women don’t need to find a voice. They have a voice. They need to feel empowered to use it, and people need to be encouraged to listen.” Markle said this in February 2018 during a Q&A about women’s empowerment at a forum with the Duke and Duchess of Cambridge. Overall, it’s a lovely sentiment about trusting women and listening to what they have to say, as originally stated by a member of the British royal family and bumped by a powerful American woman. But there might be more going on here.

On Jan. 21, Clinton drew controversy for lambasting Sen. Bernie Sanders — her rival in the 2016 Democratic primaries and a current Democratic presidential candidate — in an interview with The Hollywood Reporter meant to promote an upcoming documentary about Clinton.

“Nobody likes him, nobody wants to work with him, he got nothing done. He was a career politician,” Clinton said in the documentary. “It’s all just baloney and I feel so bad that people got sucked into it.” The Hollywood Reporter asked Clinton if that assessment still held true, to which she replied, “Yes, it does.” Clinton also accused Sanders and his team of allegedly tolerating “relentless” attacks on women, including his current progressive rival in the primaries, Massachusetts Sen. Elizabeth Warren. Sanders responded to Clinton’s comments with humor, joking that “on a good day, my wife likes me, so let’s clear the air on that one.”

But Sanders’ supporters and critics alike slammed Clinton for creating a divisive atmosphere just ahead of the Iowa caucuses, and for refusing to commit to supporting Sanders if he did indeed become the Democratic nominee. In light of this backlash, Clinton appeared to backtrack on her comments and said she would support the eventual Democratic nominee, but she did tweet on Jan. 21 that she thought “everyone wanted my authentic, unvarnished views!”

Meanwhile, Markle is caught up in controversy of her own. She and her husband, Prince Harry, recently stepped down as senior members of the British royal family, generating shock from the British media and fans of the royals alike.

Between the controversy surrounding Clinton’s recent comments and Markle’s decision to relocate to Canada with Harry, Clinton’s intentions behind her Instagram post are unclear. Is Clinton trying to signal her support for Markle as she and Harry step back from the royals? Is she making a subtle jab about the criticism of the way she spoke about Sanders? Or is it just what it seems: a nicely put phrase about listening to women when they speak up? The Clinton Foundation did not immediately respond to a request for comment from Elite Daily.

Honestly, it’s all possible. Clinton has repeatedly defended Markle from racist media harassment she has faced since first getting engaged to Harry, and the two women even reportedly spent time together in November 2019, when Markle hosted Clinton at Frogmore Cottage. Clinton has also described Markle as “an amazing young woman” who “has stood up for herself, she has made her own way in the world.”

It’s entirely possible that Clinton merely wants to support a woman she admires and wants to defend, but the timing of her post also raises the possibility that she wants to defend herself, too.