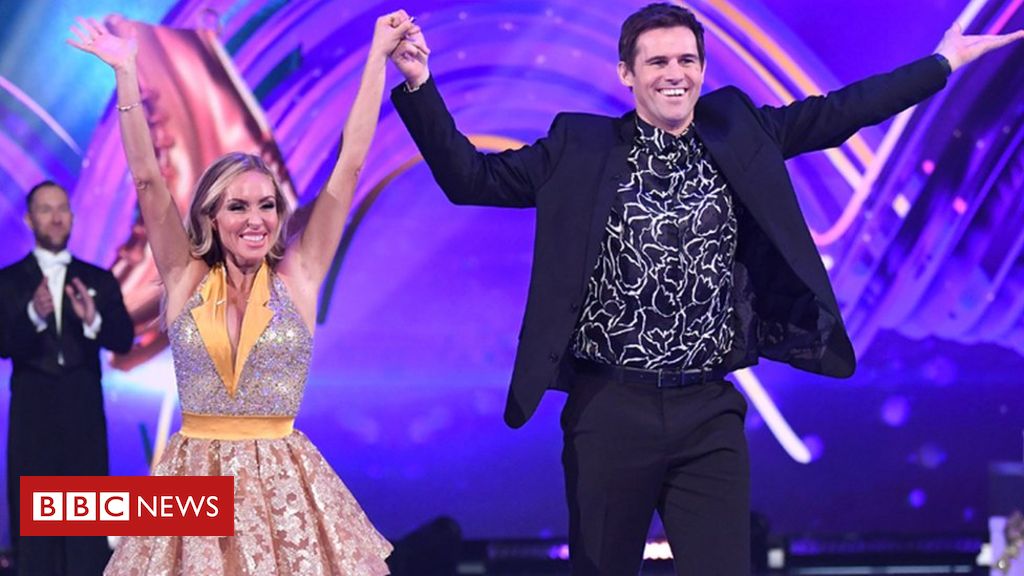 Kevin Kilbane and his Dancing On Ice partner Brianne Delcourt are engaged, four months after meeting on the show.

The Canadian skater posted a video online of the Irish former footballer serenading her in a restaurant before popping the question.

“He was worth the wait,” she wrote in a separate post. “Kev, you’ve made me the happiest girl in the world. You’re my fairytale ending.”

The couple first met in October when they were partnered on the ITV series.

The pair were eliminated from the competition on Sunday, but the ex-Everton and Republic of Ireland international told hosts Holly Willoughby and Phillip Schofield he didn’t mind going out because he had found love.

Last month, Kilbane told OK! magazine he had asked Delcourt out after week one and she said no initially, but they then spent more time together.

“There was an attraction with Brianne the first time I met her,” he said. “But it was way more than that. Everything clicked.”