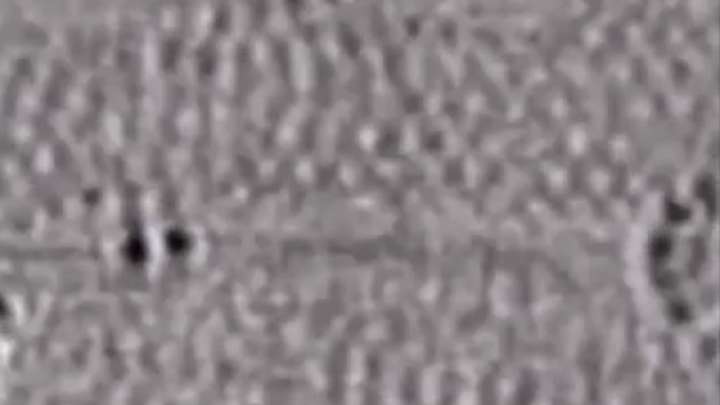 Atoms are commonly known as the building blocks of the world. Yet the possibility of being able to film atomic bonding seemed almost impossible. At lengths of between 0.1-0.3 nanometers, chemical bonds are about half a million times smaller than the width of a human hair.

Until now, the bonding process has been shown in classrooms and labs using ball-and-stick models. However, thanks to a research team from the UK and Germany, students will now be able to see 18 seconds of two rhenium (Re) atoms performing a bonding dance.

As described in Science Advances, researchers from the University of Nottingham and University of Ulm trapped the pair of rhenium atoms in a carbon nanotube  – a nanometer-wide hollow cylinder of carbon that acted as a “test tube” for the atoms.

The team then used transmission electron microscopy (TEM) to produce a “movie” of the atoms. In TEM, a high-energy electron beam is blasted through an object and detected on the other side. The beam not only images the activity, but it also transfers energy that can be used to break chemical bonds. Using tools from the SALVE Project, this “two-in-one” technique enabled them to film the bonded rhenium atoms (Re2) “walking” along the nanotube.

Describing the film captured, Dr Kecheng Cao, a research assistant at Ulm University, said: “Importantly, as Re2 moves down the nanotube, the bond length changes, indicating that the bond becomes stronger or weaker depending on the environment around the atoms.”

In fact, at one point, as the bond length is stretched to a size greater than the atoms themselves, the bond snaps. The atoms then reform as an Re2 molecule later in the film.

“Because rhenium has a high atomic number it is easier to see in TEM than lighter elements, allowing us to identify each metal atom as a dark dot,’ co-leader of the project Professor Andrei Khlobystov, from the School of Chemistry at the University of Nottingham, explained.

Understanding the bonding between metal atoms, like rhenium, is crucial for characterizing the properties of a material. Imaging atoms, like this team have done, will provide a leap forwards in doing so. As Andrei Khlobystov said: “We are now pushing the frontiers of molecule imaging beyond simple structural analysis, and towards understanding dynamics of individual molecules in real time.”