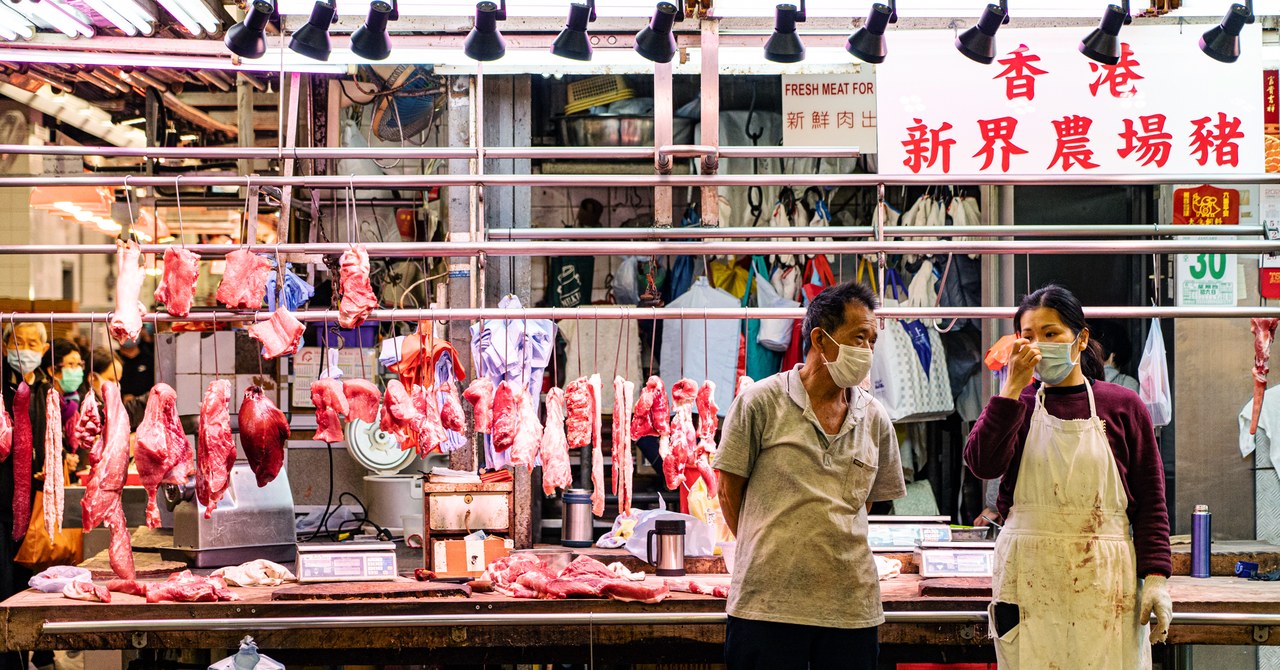 Stopping the spread of a rapidly emerging disease takes masterful medical detective work, including tracing the people who have been infected and figuring out their web of contacts, steps that are vital to understanding how it’s being transmitted. US public health officials are following those trails to quickly detect new cases of the Wuhan coronavirus, including the report on Thursday of a sixth US infection—the husband of a woman who became ill after traveling from China back home to Chicago—which was followed by a seventh, in California, on Friday.

Yet there’s a potential wildcard, a deviation that throws off the most careful calculations. For reasons that are still unclear, some people, known as super-spreaders, transmit disease much more readily than others, and to many more people. Like an infectious grenade, they can set off a sudden cluster of illnesses. “These super-spreader events are very unique and fall out of the world of averages,” says Michael Osterholm, an infectious disease expert and director of the Center for Infectious Disease Research and Policy at the University of Minnesota. Yet super-spreading can shape the trajectory of an outbreak in unexpected ways, making it more difficult to control. Instead of infecting just a few people who are close to them, a super-spreader may inadvertently infect dozens—who go on to spread the disease elsewhere.

There isn’t a particular transmission rate that qualifies a person as a super-spreader; it depends on the average for each disease. During the SARS epidemic, a collaborative study between US and Chinese health officials set it at anyone who infected at least eight people. When the MERS (Middle East respiratory syndrome) coronavirus broke out in South Korea in 2015, experts there set the limit at anyone who had infected six or more.

So far, only a hint of super-spreading has surfaced amid the coronavirus outbreak in Wuhan, China: a Chinese respiratory disease expert gave an early report that 14 hospital workers became ill from a single patient. But given the history of other novel coronaviruses and the rapid rise in the number of cases in China, some clusters of infection are likely there.

The outbreak in China could include people who infected many others—as well as those who spread the disease to no one. But the patterns are hard to detect, says Larry Anderson, an infectious disease expert at Emory University in Atlanta. “Super-spreading events may well be happening, but we don’t know about them,” says Anderson, who was previously with the Centers for Disease Control and Prevention, where he led the US response to the 2003 outbreak of SARS.

Super-spreading plays a role in many diseases, from Ebola to tuberculosis. Decades ago, a team of epidemiologists at the University of Oxford analyzed patterns in the spread of malaria, HIV, and other diseases, and found that 20 percent of infected people spread 80 percent of infections, an estimation that became known as the 20-80 rule. (That ratio can vary, because the transmission of some diseases is shaped more by super-spreading than others, but the general concept holds.)

Super-spreading events were particularly fateful in the spread of SARS, a genetic cousin of the Wuhan virus, the World Health Organization later concluded. Like the Wuhan virus, SARS is a coronavirus that appears to have originated in bats and spread to humans via some other infected animal at a market. On January 31, 2003, before SARS even had its name, a patient with an unusual form of pneumonia was transferred among three hospitals in Guangzhou, China, in the process infecting 82 people, including an ambulance driver. A few weeks later, a physician who had himself become sick from treating patients with atypical pneumonia stayed at the Metropole Hotel in Hong Kong. He infected 12 people there—travelers who took the disease to Singapore, Vietnam, Canada, Ireland, and the United States. Those super-spreading events weren’t detected right away—but they later were seen as critical to the early development of the outbreak.

Years later, researchers still don’t know why some patients spread SARS widely and others didn’t. Overall, SARS had a transmission rate (known as R-naught or R0) of two to five, meaning that on average each infected person was expected to spread it to two to five people. The transmission rate of the Wuhan virus is thought to be about 2.6, based on the work of Neil Ferguson, an expert at Imperial College London on the mathematical modeling of infectious disease spread.

“We can’t point to one genetic signature of a coronavirus that allows it to super-spread,” says Mark Denison, an infectious disease expert at Vanderbilt University who studies coronaviruses. It may be something unique in how the virus replicates in certain people, or it may depend on the severity of the person’s symptoms, he says. “People will be on alert for super-spreading as a risk for this virus,” he says.

To determine the average transmission rate of the novel virus, epidemiologists use mathematical modeling—looking at the speed and path of the outbreak. In the current outbreak, the first patients were hospitalized in Wuhan in mid-December; they had all been to a market that sold meat, seafood, and live animals. By this Thursday, about seven weeks later, all provinces in mainland China had confirmed cases. Globally, by Friday, 9,925 cases had been reported in 24 countries. (Counting cases is difficult, particularly if there are many people with mild symptoms who aren’t tested, and the actual total may be several orders of magnitude higher.) By contrast, SARS sickened 8,098 people in about eight months, between November 2002 and the end of the outbreak the following July.

Werner Bischoff, an infectious disease expert at Wake Forest School of Medicine in Winston-Salem, North Carolina, has studied the dynamics of flu using air samplers to capture viral particles emitted from patients, in an effort to better understand how respiratory illness spreads. It wasn’t easy. Out of 61 patients with influenza who were tested during the 2010–11 flu season, only 26 gave off detectable quantities of the virus. But five of those patients (or 19 percent) were super-emitters who released as many as 32 times more airborne viral particles than the others. “We tried to find some risk factors that indicated that someone is a super-emitter. We couldn’t find anything,” says Bischoff, who notes that with so few super-emitters, such differences would be hard to detect among the study’s subjects.

Targeting super-spreaders would clearly help reduce infections, if they could be identified—although the control measures wouldn’t be as draconian as they were with the most famous super-spreader in history. Typhoid Mary, an Irish cook who worked in New York in the early 1900s, directly infected dozens of people and triggered outbreaks, even though she had no symptoms. She spent 26 years in quarantine on an island.

Today, 195 airline passengers returning from Wuhan are being quarantined for 14 days on an Air Force base in California. The Americans with confirmed cases are being treated in hospital isolation rooms, which are designed to prevent spread. Infectious disease docs say that if you have a cough and fever and you haven’t been around anyone who recently traveled to China, you almost certainly don’t have the novel coronavirus. But they still want you to follow basic advice, which applies to everyone, including less-than-super spreaders: cover your cough, wash your hands, and stay home if you get sick.