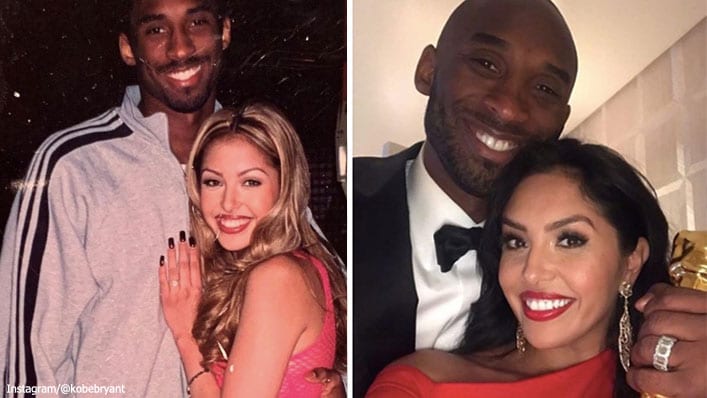 As one can only imagine, Vanessa Bryant is overwhelmed with grief after losing her husband of nearly twenty years and her 13-year-old daughter Gianna to a helicopter crash on Sunday. There were no survivors of the chopper crash that killed nine after erupting in Calabasas, California.

As friends and fans publicly mourn the loss of an NBA legend, Vanessa has understandably kept mostly to herself as she struggles to even comprehend the weight of this tragedy. But she’s tried to remain strong for her daughters Bianka (3) and Natalia (17), while caring for her 7-month-old baby girl Capri.

“It’s an extremely difficult and devastating time for Vanessa and the whole family,” a family friend told PEOPLE.

Another insider told PEOPLE the 37-year-old widow is “devastated,” explaining that “She can hardly keep it together. She can’t finish a sentence without crying. But she is working very hard to pull it together for the other girls. She now has to be the strong one.”

Though Vanessa and Kobe’s marriage certainly saw its ups and downs, their love story was enduring and beautiful.

The two met when Vanessa was just 17 and Kobe was 20. When Vanessa turned 18, Kobe proposed, and they wed in April of 2001. Even two decades later, Kobe was madly in love with the teen who stole his heart during a music video shoot.

On November 27th 2019, the 41-year-old retired Lakers star posted this adoring message about his wife on Instagram:

“On this day 20 years ago I met my best friend, my Queen @vanessabryant I decided to take her on a date to Disneyland tonight to celebrate old school style (pre 4princesses) I love you my mamacita per sempre.”

On this day 20 years ago I met my best friend, my Queen @vanessabryant I decided to take her on a date to Disneyland tonight to celebrate old school style (pre 4princesses) I love you my mamacita per sempre

“Of course, you can never be prepared for this,” the second insider noted. “Despite their ups and downs, [Vanessa and Kobe] were soulmates. She thought of him as her partner for life.”

Me and my baby #popupdisney

As she faces an uncertain future as a single mom of three, Vanessa “is surrounded by people who love her and love Kobe,” the source added. “She has a good support system. She is relying on her faith. She is not alone. But she will be grieving this for a very long time.”