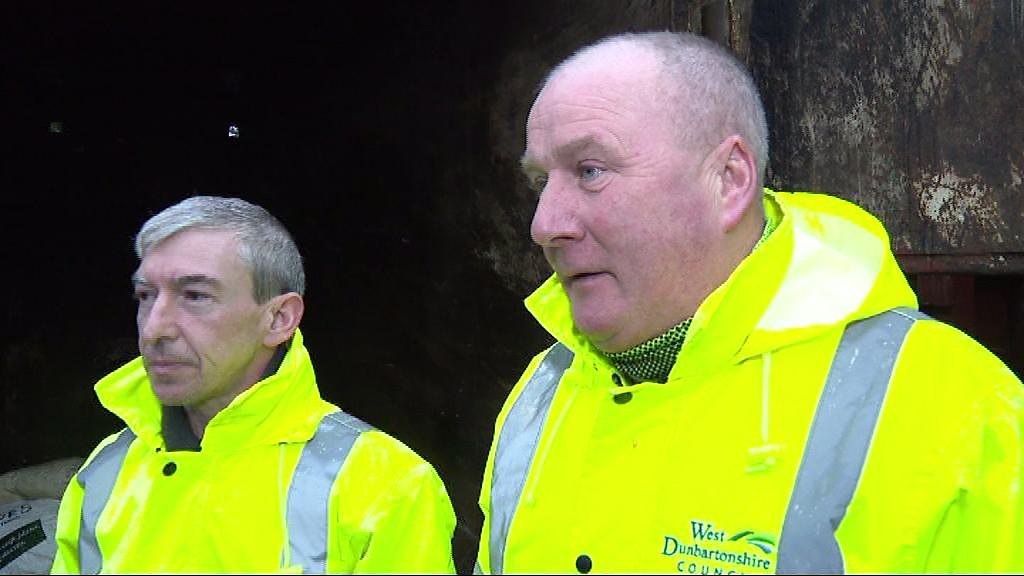 The cash was accidentally dumped at Dalmoak Recycling Centre in Dunbartonshire by the woman’s family, who were clearing out her home.

When they realised their mistake, the brother and sister returned to ask for help to trace the missing money.

As first reported in The Daily Record, the pair stepped up to the challenge after a man and woman arrived at the recycling centre near Renton in a panic.

“They explained they had dumped something they shouldn’t have dumped,” Tony explained.

“They said it was money and it was in Bisto containers.”

It is believed the money belonged to a woman in her 80s. Her daughter had cleaned her kitchen while she was out, throwing away old dishes, pots and pans.

She knew nothing about what was in the tins until her mother returned and told her it was her life savings.

Kenny added: “I remembered the lady because the bag was heavy and I had told her to leave her bags there in front of the skip.

“She asked where they could have gone and I told her they could either have been crushed in the compactor or have been put in this container.”

A stroke of luck meant that one of the yard’s two compactors was out of service and so the rubbish bags had been piled up in a skip and crushed with a digger.

Tony remembered throwing the heavy bags into the container. So the pair decided there was only one thing for it.

“We moved the skip to the back of the yard to keep people away and started going through it,” said Tony. “We pulled the bags out, put them in the digger, moved them.

“Eventually after an hour-and-a half we found the heavy bags. We burst one of the bags open and found one of the Bisto tubs.”

Twenty minutes later Kenny found the other four tubs in another bag.

He said: “It was amazing. Tony said the lady started crying. I shook the brother’s hand. It was a great feeling.

“It really was a frantic couple of hours. We did our very best to retrieve the money. At the end of the day Tony and I saved the day for an old pensioner and it made us feel good.”

It turned out that had the family returned any later, the tins could have been on their way to landfill.

But luckily it was a happy ending.

Kenny said: “I’d like to think that anybody else would have done what Tony and I did. I’m happy and my wee pal’s happy.”

It turns out the pair are no strangers to saving the day.

Over the years, they’ve managed to retrieve a wedding dress, wedding rings and a collection of car keys.