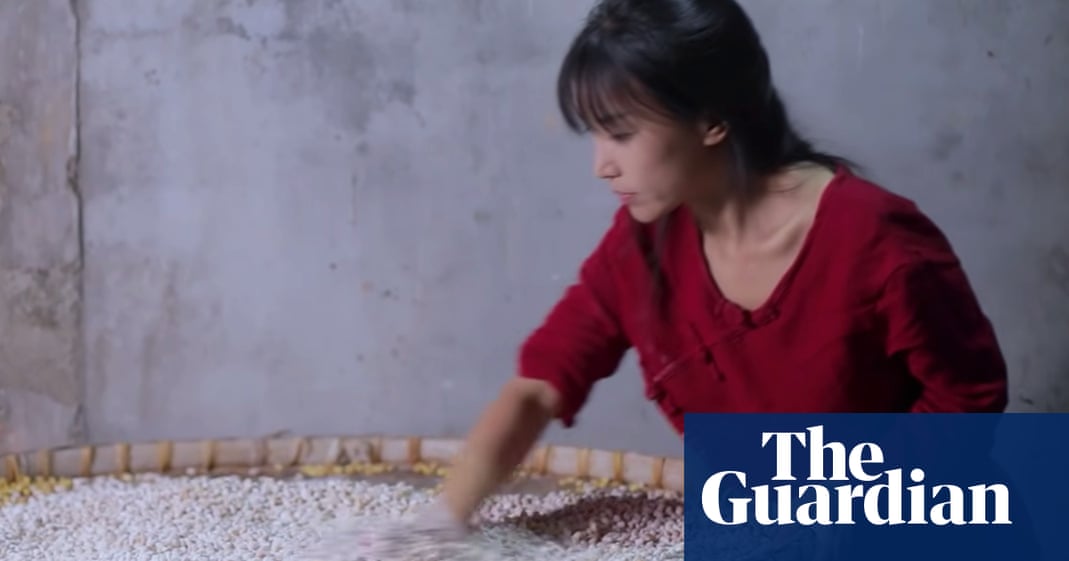 Li Ziqi, 29, has garnered millions of followers with her videos of her idyllic life in rural Sichuan. Is she too good to be true? 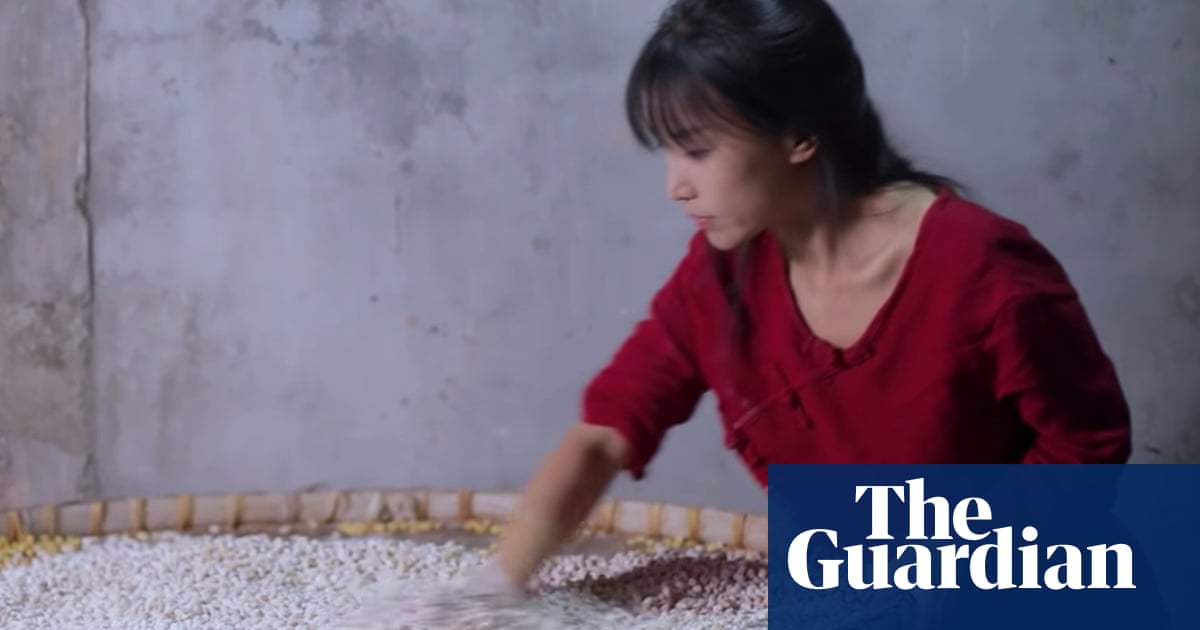 Since she began posting rustic-chic videos of her life in rural Sichuan province in 2016, Li Ziqi, 29, has become one of Chinas biggest social media stars. She has 22 million followers on the microblogging site Weibo, 34 million on Douyin (Chinas version of TikTok) and another 8.3 million on YouTube (Li has been active on YouTube for the last two years, despite it being officially blocked in China).

Lis videos which she initially produced by herself and now makes with a small team emphasize beautiful countryside and ancient tradition. In videos soundtracked by tranquil flute music, Li crafts her own furniture out of bamboo and dyes her clothing with fruit skins. If she wants soy sauce, she grows the soybeans themselves; a video about making an egg yolk dish starts with her hatching ducklings. The meals she creates are often elaborate demonstrations of how many delicious things can be done with a particular seasonal ingredient, like ginger or green plums.

There is even a Li Ziqi online shop, where fans can purchase versions of the steel chopper knife she uses to dice the vegetables she plucks from her plentiful garden, or replicas of the old-fashioned shirts she wears while foraging for wild mushrooms and magnolia blossoms in the misty mountainside.

While she occasionally reveals a behind-the-scenes peek at her process, Li who did not respond to interview requests for this article is very private. By all accounts, she struggled to find steady work in a city before returning to the countryside to care for her ailing grandmother (who appears in her videos).

Recently, Li has been thrust into a wider spotlight by the Chinese government, who seem to have realized her soft power potential. In 2018, the Communist party of China named her a good young netizen and role model for Chinese youth. In September 2019, the Peoples Daily, a CPC mouthpiece, gave Li their Peoples Choice award, while last month, state media praised Li for helping to promote traditional culture globally, and the Communist Youth League named her an ambassador of a program promoting the economic empowerment of rural youth.

As the government increasingly champions her, Chinese citizens have taken to Weibo to question whether Lis polished, rather one-dimensional portrayal of farm work conveys anything truly meaningful about contemporary China especially to her growing international audience on YouTube.

They have a point: Lis videos reveal as much about the day-to-day labor of most Chinese farmers as the Martha Stewart Show does the American working class. As Li Bochun, director of Beijing-based Chinese Culture Rejuvenation Research Institute told the media last month: The traditional lifestyle Li Ziqi presents in her videos is not widely followed.

In reality, many of Chinas rural villages have shrunk or disappeared completely in past decades as the nation prioritized urbanization and workers migrated to cities, with research suggesting the country lost 245 rural villages a day from 2000 to 2010. The 40% of Chinas population still living in rural areas encompass a huge diversity of experience, yet life can be difficult, with per-capita rural income declining sharply since 2014 and environmental pollution often as rife as in industrial centers. Thats not to say the beautiful forests and compelling traditions of Lis videos are not genuine like many social media creators, she simply focuses on the most charming elements of a bigger picture.

So what do Lis videos reflect about modern China, if not average daily life in the countryside?

For one, they say something about the mindset of her mainland audience primarily urban millennials, for whom a traditional culture craze known as fugu or hanfu has been an aesthetic trend for a number of years.

Fugu, according to Yang Chunmei, professor of Chinese history and philosophy at Qufu Normal University, reflects the romanticized, pastoral desires of youth disillusioned by todays ever-changing, industrial, consumerist society. In practice, it looks like young people integrating more traditional clothing into their daily looks, watching historical dramas and following rural lifestyle influencers like Li. (While Li is an extremely popular example of the trend, shes not the only young farmer vlogging in China right now, and outdoor cooking videos of people making meals with wild ingredients and scant equipment are a genre of their own on Douyin.)

Among urban millennials in the west, giving up the nine-to-five grind and living humbly and closer to nature is a popular dream. In China, the contemporary experience of burnout is compounded by the intensity of urban disease, an umbrella term for the difficulties of living in megacities like Shanghai or Guangzhou, which can be used to refer to everything from traffic jams and poor air quality to employment and housing scarcity.

Also at play in Lis popularity is the particular tenor of Chinese wistfulness. Its called xiangchou. Xiang means the countryside or rural life, and chou means to long for it, to miss it, says Linda Qian, an Oxford University PhD candidate studying nostalgias role in the revitalization of Chinas villages.

It is quite prevalent for youth living the city life. They get really sick of [the city] so the countryside or a fantasy of it looks increasingly like the ideal image of what a good life should be.

Qian also likens Lis appeal to that of Man vs Wild-style entertainment in the west. Weve gotten to a certain point of materialism and consumption where theres only so much you can buy, and were like, What other experiences can I have? she says. So we go back to what humans can do.

Yet as her fame grows internationally, some have questioned, in comments, blogposts and Reddit threads, whether Lis channel is communist propaganda.

In addition to providing China a form of international PR, Li embodies a kind of rural success the government hopes to generate more of through recent initiatives. With the aim of alleviating rural poverty, the Communist Youth League has embarked on an effort to send more than 10 million urban youth to rural zones by 2022, in order to increase their skills, spread civilization, and promote science and technology.

We need young people to use science and technology to help the countryside innovate its traditional development models, Zhang Linbin, deputy head of a township in central Hunan province, told the Global Times last April.

By using technology to create her own rural economic opportunities while simultaneously championing forms of traditional Chinese culture before a huge audience, Li may seem like a CPC dream come true.

According to Professor Ka-Ming Wu, a cultural anthropologist at the Chinese University of Hong Kong: Li represents a new wave of Chinese soft power in that shes so creative and aesthetically good, and knows how to appeal to a general audience whether theyre Chinese or not. And yet, I dont think this is some kind of engineered effort by the Chinese state, she says.

Lis narrative hinges on her failure to thrive in the city; that failure is antithetical to Chinas overarching narrative of progress and urban opportunity. Were she a manufactured agent of propaganda, Wu speculates, [Her failure] is something the Chinese state would never even mention.

And I think thats what really fuels her popularity, says Wu. That despair of not being able to find oneself in the Chinese dream. I dont think shes propaganda because one of her major successes is that shes making that failure highly aesthetic However, the Chinese government is very smart to appropriate her work and say that she represents traditional culture and promote her.

According to some Chinese media, Lis content is better than propaganda doing more to generate genuine domestic, and especially international, interest in rural Chinese traditions than any government initiative of the past decade. Dozens of government departments with billions at their disposal spent 10 years on propaganda projects, but they have done a worse job than a little girl, writes the South China Morning Posts Chauncey Jung, summarizing a tweet from journalist Jasper Jia.

However you feel about Li as a cultural force, her ability to flourish despite a unique set of contradictory circumstances is impressive. Out of the past and present, failure and success, independence and authoritarianism, shes spun a truly pleasant vision. If only life was really so simple.