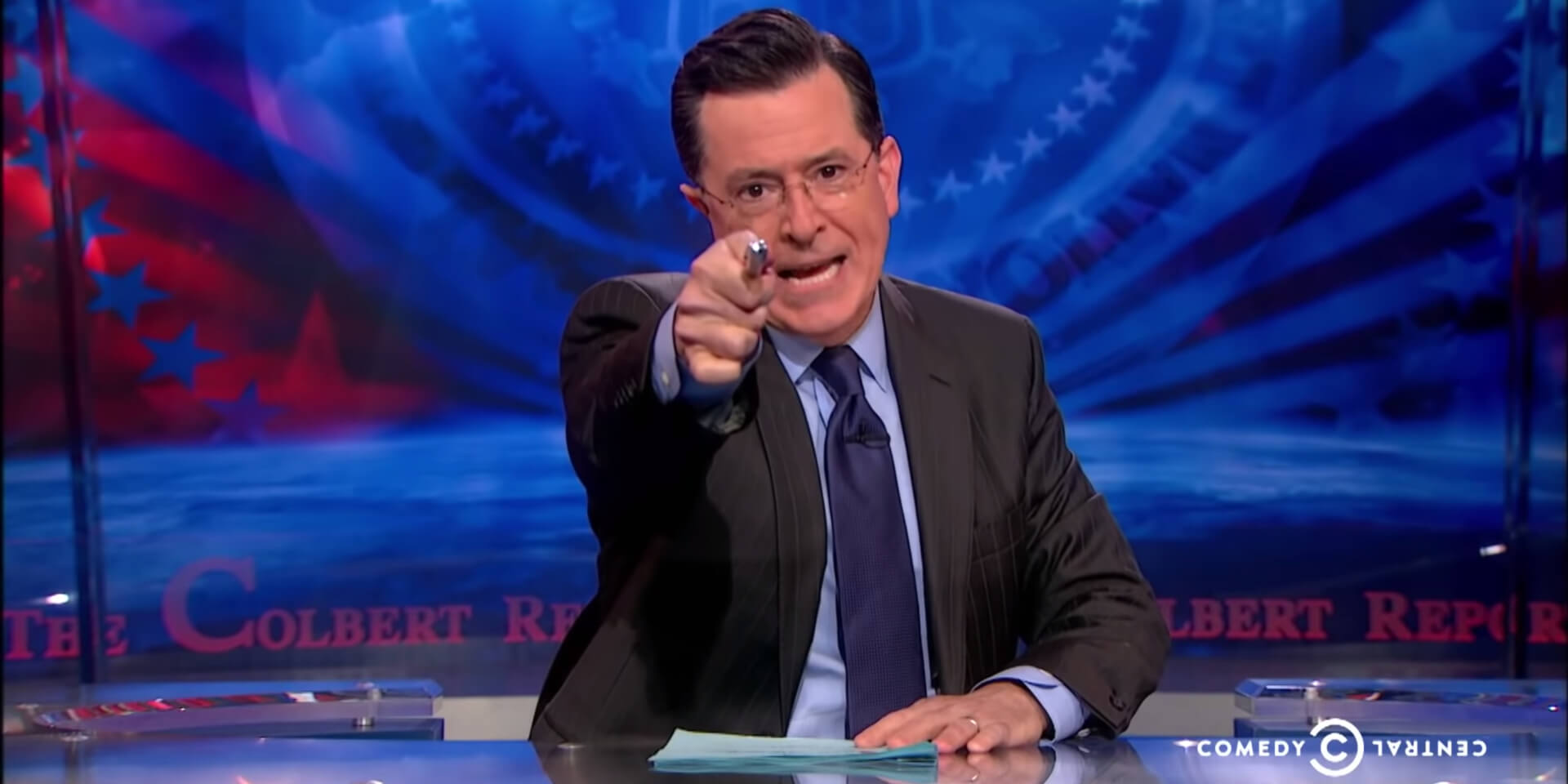 During a live broadcast Tuesday night, Stephen Colbert joked about Sen. Bernie Sanders (I-Vt.) sexist supporters. A Twitter user retweeted the clip and demanded Colbert pay her for a 2008 internship.

In 2008, Colbert was the host of Comedy Centrals The Colbert Report, which ran from 2005 to 2014. The user, who calls herself Winter Jerk on the platform, briefly called out Colbert and the show for failing to pay her as an intern. Pay me for my 2008 internship, bitch, she wrote.

The Daily Dot reached out to her, but she did not comment further, citing a non-disclosure agreement she said she signed.

In the comment section of her tweet, she expanded slightly on her statement. People who have traditionally had a 9/2 gender split in their writers room have a lotta nerve, she followed the original tweet.

Commenters were thoroughly tickled by her tweet, quickly earning it nearly 24,000 likes and 1,700 retweets.

Closing in on 9k, and all I had to do was write a tweet where I told my childhood hero to eat it

The tweet sparked a conversation about unpaid internships in the entertainment business, which are fairly common, and the difficulties women face in TV writers rooms. One commenter even called out The Colbert Report for its own alleged sexism. How funny is it if I told you that they only started female interns in 2010, they wrote. Pre 2008 no no.

Thats not true, however. Meg DeFrancesco, an intern with The Colbert Report, began working for the show in 2006, according to IMDb. Her first on-screen appearance was in the same year.

In the end, the wave of responses, likes, and questions for Winter Jerks tweet appeared to be too much. She decided to mute replies late Wednesday, but not before firing off a few more jokes. Hoping a single person who sees this signs up for my Patreon, so I can say this tweet paid out more than Colbert, she wrote.

Hoping a single person who sees this signs up for my Patreon, so i can say this tweet paid out more than Colbert

Comedy Central did not respond to the Daily Dots request for comment.