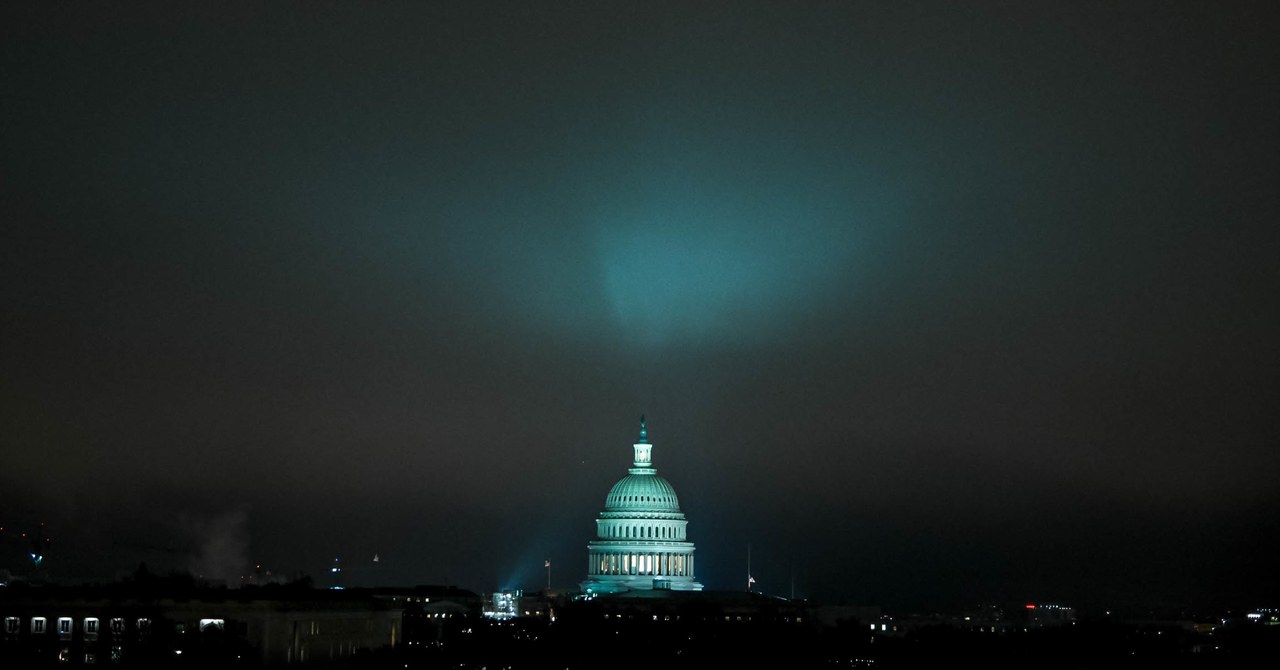 As the US Senate launches the first impeachment trial of a US president in the 21st century—and only the third in the history of the country—Donald Trump’s defense team has offered new hints about how they plan to block the Democrats’ case that the president abused the power of his office. They plan to argue that “national security” prevents a full airing of the evidence.

The telltale phrase appears all over the president’s defense and the government’s response to the impeachment charges. As Jonathan Swan and Alayna Treene of Axios reported over the weekend, “Trump officials say they feel especially bullish about one key argument against calling additional impeachment witnesses: It could compromise America's national security.”

Trump’s lawyers and Senate Republicans have similarly underscored that argument by pushing for any testimony from White House national security advisor John Bolton into a closed, classified setting—ensuring that his words are never directly seen or heard by the public. Anonymous administration officials told The Washington Post that “national security concerns” would justify such a move. Similarly, House impeachment manager Adam Schiff, who also chairs the House Intelligence Committee, has made public a long-standing conflict with the National Security Agency, which he accused of inappropriately withholding documents and intercepts that would comprise critical impeachment inquiry evidence.

It’s not hard to see why the president’s defenders are leaning so heavily on the “national security” MacGuffin: That constitutional duty to keep the country safe is a realm where US presidents have always had unique authority and discretion. Congress and the courts both often defer to the executive branch on such questions and have traditionally provided wide latitude to the White House to determine what is worthy of protection when it comes to national security secrets.

For scholars of presidential history, Trump’s playbook and argument about leaning on “national security” concerns may also seem all too familiar. It’s precisely how Richard Nixon tried to stonewall the Watergate investigation and prevent his now-infamous Oval Office tapes from ever being released.

Trump’s cry-wolf strategy seems just as likely to be misdirection as Nixon’s defense was.

Trump’s lawyers are arguing that any attempt by the House impeachment managers and Senate Democrats to force additional testimony by witnesses—particularly from people like Bolton—would likely compromise the president’s ability to do his job protecting the country. In fact, in outlining their defense of the president, Trump’s team directly cites Nixon’s defense from the 1970s, explaining that in US v. Nixon, the Supreme Court wrote that “courts have traditionally shown the utmost deference to presidential responsibilities” for foreign policy and national security.

Of course, what Trump’s lawyers fail to note is that Nixon’s claims surrounding “national security” fell apart as his own impeachment unfolded.

The “smoking gun” tape of Nixon’s conversation on June 23, 1972 with White House chief of staff H.R. Haldeman—the tape that Nixon fought longest and hardest to prevent releasing, and whose ultimate disclosure in July 1974 precipitated the collapse of his political support and his resignation—reveals Nixon’s first instincts about how to get the FBI to shut down its investigation of the Watergate break-in: Tell them it involves the CIA and the whole matter is a national security concern. Unfortunately for Nixon, the CIA was unwilling to play ball in the coverup, and the FBI was already following too many leads.

While Nixon and his allies failed at that initial attempt to button up the scandal, they spent the next two years arguing in one forum or another that national security concerns prevented a full and complete investigation.

As investigators zeroed in on the Oval Office tapes, Nixon’s lawyer Charles Wright told judge John Sirica that one of the tapes investigators wanted could never be released without doing grave harm to the country. “There is national security material so highly sensitive that [President Nixon] does not feel free even to hint to me what the nature of it is,” Wright told the judge.

As investigators Richard Ben-Veniste and George Frampton would write later in their memoir of the case, “Wright’s allusion appeared to be one more example of the ingrained habit of the Nixon Administration to cry ‘national security’ when investigators got too warm.”

Ultimately, of course, as the tapes came out—and more evidence assembled—it became clear that none of the “national security” concerns were legitimate. Nixon had abused his office and lied about the coverup. The tape that Wright had cited contained no such national security concerns.

(Ironically, the sole compromise of national security to arise from the tapes release stemmed from the White House’s inattention to the matter: In 1974, one of the tapes handed over to prosecutors did include a portion of a highly sensitive conversation. The White House handed it over by accident, and an FBI clerk assigned to transcribe it flagged the exchange. The tape was then impounded, and the secret remained intact.)

The idea that similar arguments—with a similarly specious foundation—are now coming out of the Trump administration seems unsurprising, especially since Trump’s presidency has been one ongoing case study in his inability to separate the nation interests from his own political or business concerns.

Given the overwhelming volume of evidence already amassed by investigators, Trump’s cry-wolf strategy seems just as likely to be misdirection as Nixon’s defense was. While the Ukraine impeachment does focus on the president’s interactions with a foreign leader, little evidence has emerged to back up the Trump defense that those interactions reflected legitimate US foreign policy interests—an argument especially hard to believe given the centrality of Rudolph Giuliani’s efforts and his role as the president’s personal counsel. Despite the president’s claims that his pressure on Ukraine was driven by anticorruption concerns, supporters have struggled to show any place where the president has expressed concerns about corruption other than in the case of the Biden family’s involvement in Ukraine.

Instead, the president’s strategy seems tailor-made to appeal to the Senate GOP’s heads-in-the-sand willingness to look past his misconduct. Nixon’s argument crumbled because he made it alone, against a Congress where his party was a minority in both the House and the Senate. Trump has in Senate majority leader Mitch McConnell someone willing to do his bidding and reinforce his stonewalling.

The fig leaf of “national security” works if you have a willing accomplice.