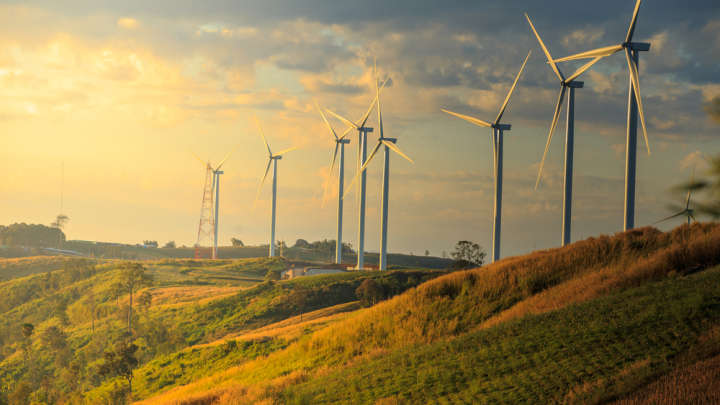 It’s not a secret Donald Trump doesn’t understand wind, he’s demonstrated that before, but he doesn’t usually openly admit his failings. However, in a speech at an event in Florida this weekend, he told the crowd he has “never understood wind”.

Trump, who was talking at Turning Point USA’s student action summit on Saturday, told the cheering crowd “I never understood wind. I know windmills very much, I have studied it better than anybody.”

He means wind turbines, of course.

Trump has been very vocal about his dislike of wind turbines and wind power in the past. Regularly calling them windmills, he has declared wind as deceitful, announced living near one will decrease your property value by 65 percent (there’s no evidence for this), that noise from windmills cause cancer (this is physically impossible), and that windmills kill birds, something he doubled down on in his speech.

“They’re noisy. They kill the birds. You want to see a bird graveyard? Go under a windmill someday. You’ll see more birds than you’ve ever seen in your life,” he said, in a video of the speech shared by Mediaite.

He is particularly concerned about bald eagles, the iconic North American bird, whose plummeting numbers inspired President Nixon to sign the Endangered Species Act into law in 1973 – a law Trump’s administration has consistently attempted to dismantle since coming into office.

“A windmill will kill many bald eagles,” Trump continued. “After a certain number, they make you turn the windmill off, that is true [Ed- this is not true]. And yet, if you killed one, they put you in jail. That is OK. But why is it OK for windmills to destroy the bird population?”

It’s true, that there is evidence wind turbines cause the death of an estimated 150,000 birds in the US every year, something critics of renewable energy often cite. However, cell and radio towers cause around 6.8 million bird deaths a year, domestic cats kill up to 3.7 million, and over the last 50 years pesticides, habitat loss, and climate change have killed 3 billion.

While mocking the Democrats’ attempts at introducing more environmentally-friendly laws, like the Green New Deal, Trump also made some inaccurate claims about wind turbines’ carbon footprint.

“They are made in China and Germany mostly, very few made here, almost none, but they are manufactured, tremendous — if you are into this — tremendous fumes and gases are spewing into the atmosphere. You know we have a world, right? So the world is tiny compared to the universe. So tremendous, tremendous amount of fumes and everything,” the president said.

It is unclear if Trump thinks wind turbine production or wind turbines themselves are producing toxic fumes that are entering the atmosphere. According to research published by the American Wind Energy Association (AWEA), in 2018 energy produced by wind farms around the world meant the world avoided 200 million tons of carbon pollution that would have been produced by burning traditional fossil foils. This is the equivalent of saving 43 million cars’ worth of CO2 emissions. Another study found wind turbines repay their own carbon footprints within six months, offering up carbon-free energy for the rest of their 30-year lifespan.

It is true that most turbines are made in China and Germany, but according to the AWEA, there are also 500 factories in the US that produce wind turbine parts, employing around 25,000 Americans. There is an increasing demand for turbines too, as demonstrated by the 57,000 already installed across 41 states. In fact, US wind power has tripled over the last decade, and is now the largest source of renewable energy in the States.

Apparently, Trump doesn’t like the look of “windmills” either.

“You know what they don’t tell you about windmills? After 10 years they look like hell. They start to get tired, old,” he said. “They’re all different shades of color. They’re like sort of white, but one is like an orange-white.

It is unclear if Mr Trump is knowingly exaggerating or genuinely confused about wind power and how wind turbines work, but it has been speculated his “war on wind” began after wind farm developments were proposed near his golf course in Scotland.