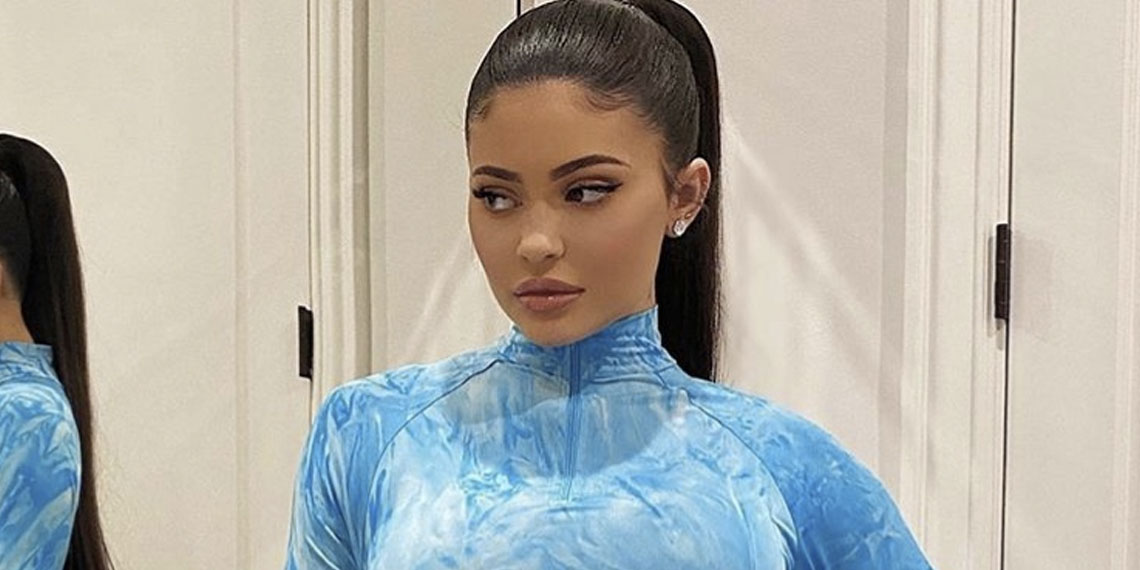 Kylie Jenner, Resident Photoshop Failer, is at it again. We’ve watched Kylie transform from normal, pretty, cool teenager to a plastic surgery butterfly. But somehow after thousands of dollars of surgery, Kylie still feels the need to majorly warp her body. Guys, I’ve said it before and I’ll say it again, money does not buy self-esteem. I highly recommend Kylie puts down the Facetune and invests some cash in a really great therapist. Seriously, therapy is amazing, I think everyone needs therapy, tbh.

But anyway. Kylie posted these gorg photos where she looks like a literal Barbie doll. Or wax figure.

When I see photos like this, right off the bat I assume they’re Photoshopped. It’s just not a realistic body option. And then, if somehow it isn’t, (like Kim K at the Met Gala last year), then it’s 400 pounds of Spanx and glue and God knows what else to keep this body together. Which sounds hard and pointless considering she’d be just as gorgeous with a realistic waist size (and probably a lot more comfortable).

But don’t worry guys, because someone sent me receipts.

This is from the same evening, in the same dress. This looks like an Instagram story of some sort? Unclear. Her face looks totally different, but also, it’s not a fair comparison since this photo is clearly not posed. But I can’t help noticing—her body looks great. She’s clearly in awesome shape. But you know what else? IT LOOKS LIKE A NORMAL BODY. This is a girl who works out (I’ve seen her at my gym, actually), and has great curves. Sure, some may be surgically enhanced, but it doesn’t look bad or crazy.

So why do this to your photos?

Here’s my shortlist of edits she made: thinned her face, thinned her neck, amped up the color, added makeup/eyelashes, blew up her lips, shrunk her shoulder width, left her boobs as is (hey, she’s only 21, they’re still upright!), majorly cinched in her waist, blew out her hips, thinned out her arms.

It’s clearly not just an angle issue, both photos are completely straight on body-wise. It’s just another example that if someone’s body on Insta looks too over-the-top to be real, it probably is. Does anyone actually think the insanely thin waist looks good? Every celebrity or Instagram model that looks like this, all I say in my head is, “Wowwww she’s had a lot of work done”, or “Facetuned, next”. I’ve never once seen someone’s body like this and assumed it was real,  or even goals. It looks like a Betty Boop cartoon character. But I know that a lot of people on Instagram don’t think the same way I do, and they may feel sad about themselves because they don’t look the way a celebrity appears on Instagram (even when THAT CELEBRITY THEMSELVES DOESN’T EVEN LOOK LIKE THAT).

Do you guys find these types of edits attractive? I still don’t really get why they exist. Especially because a lot of these celebs are on TV, where we can clearly see this isn’t their body. Not to mention, plenty of paparazzi photos that reveal the truth. Is this goals to anyone? Why? Do you feel like anyone really gives a sh*t about your waist size? Everyone is generally too obsessed with their own bodies to care about anyone else’s.

I would love to see the original unedited photo—I’m sure it looks just as pretty and there’s no need to promote unrealistic body image to the millions of people that support her.