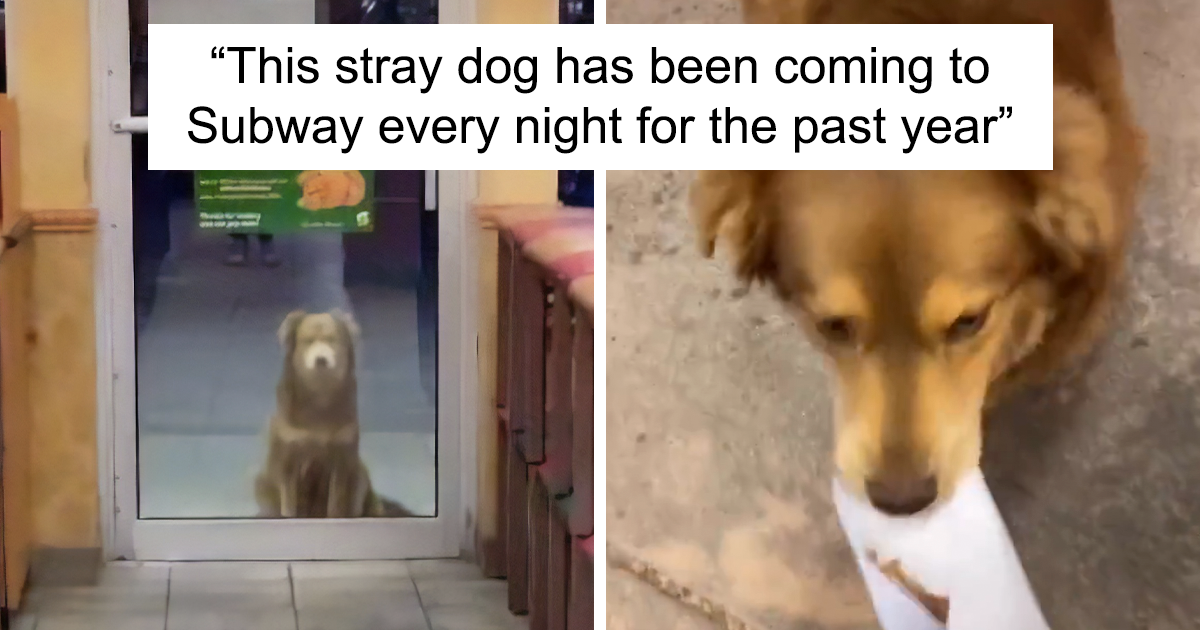 Seeing a stray doggo sadly strolling down the city streets is always a heart-wrenching sight. And while some people stay being observers of such melancholic sights, some choose to act, depending on their abilities. The kind employees of one New Mexico Subway, apparently, were never ones to turn their eyes away from a struggling puppy and have been feeding her every night ever since she first showed up. She’s now a regular and comes back for her free meal every night. Even though none of the workers are able to give her a forever home, they are dedicated to do whatever they can to help her out, just like other businesses on their street.

Not to be dramatic but I would die for Subway Sally pic.twitter.com/T7ufMbYEfR

This lovely stray shows up every night and waits for her special meal free of charge. The adorable dog has never missed a single evening for the entire year, thus earning herself the playful nickname of Subway Sally.

Even though he and other Subway employees are trying to take the best care of her, they are not able to give her a forever home

Even though Subway workers never deny her a meal, she doesn’t hesitate to visit other restaurants in the area, like Taco Bell across the street if they’re too late to give her food, TikTok user Kxnuko said. He was the one to share the adorable pup’s evening routine with the world.

“If we’re too late to give her food, she’ll go across the street to Taco Bell,” said the guy behind the now-viral TikTok People quickly fell in love with her and Kxnuko’s video went viral. However, some people were convinced Sally is not actually a stray after watching it. She seemed way too clean and well-fed for a stray dog, so they speculated that maybe she’s just a mischievous girl that likes snooping around the neighborhood.

Even though some speculate she’s not really a stray – just a mischievous pup sneaking around, Kxnuko denied these speculations in a follow-up video Kxnuko denied this theory, explaining that the local community looks after her in a follow-up video. Sally’s life on the streets of Portales, New Mexico, is still a difficult one. Since Kxnuko started working at that Subway location, he says he has witnessed Sally have four litters. After hearing this, people jumped in saying they could provide her with a forever home. Fingers crossed, their efforts don’t go in vain! And some even jumped in to help her find a forever home!