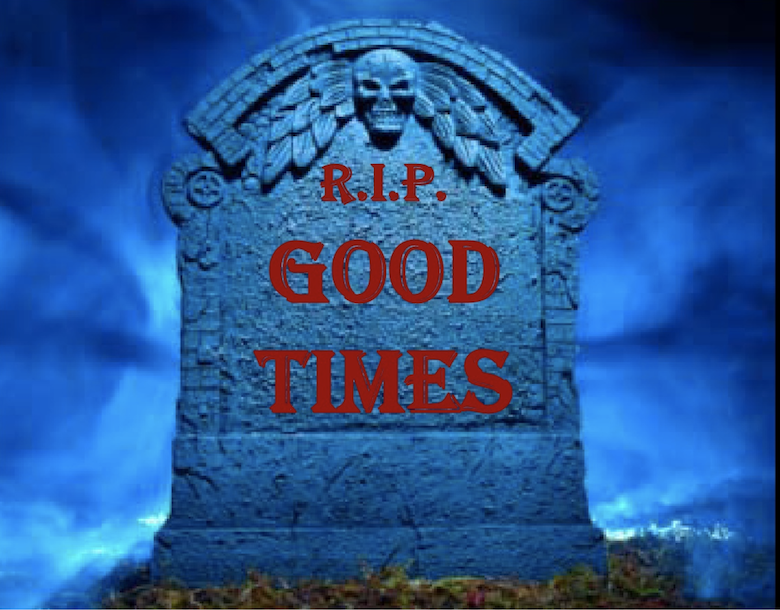 A strange new sensation has settled across the tech industry, one so foreign, so alien, it’s almost hard to recognize. A sense that some great expectations are being radically revised downwards; that someone has turned down a previously unquenchable money spigot; that unit economics can matter even when you’re in growth mode. Could it be … thrift?

Well, OK, let’s not go that crazy. But we are witnessing a remarkable confluence of (relatively) parsimonious events. Last year’s high-profile tech IPOs are far from high-fliers: Uber, Lyft, Slack, Pinterest, and Peloton are all down from their IPO prices as I write this, some of them significantly so, even while the overall market has climbed to all-time highs. Those who expected immediate massive wealth six months later, even for relative recent employees, have been surprised.

Meanwhile, not-yet-public companies are tightening their belts, or taking their chances. We have seen recent waves of layoffs at a spectrum of tech unicorns. Others, i.e. Casper and One Medical, just filed for IPOs to general criticism if not outright derision of the numbers in their S-1s.

The less said about the WeWork debacle, the better, but we can’t not talk about it, as the repercussions have been significant. Both directly — SoftBank is ramping back significantly, including walking away from term sheets, prompting more layoffs — and indirectly, in that they seem to have swung the Valley’s overall mood from greed towards fear.

Towards fear, please note, not to fear; there’s a big difference. Even in the absence of SoftBank there is is still a whole lot of venture money sloshing around out there … although it seems possible that its investors are beginning to find it a little harder to spend it responsibly. VCs, correctly, are generally still extremely optimistic about the overall future of the tech industry, and still tend to focus on growth first, revenue a distant second, cash flow third, and profits maybe someday eventually depending on a lot of factors.

That said, the once-pervasive sense that everything tech touches immediately turns to gold is much diminished. It’s worth noting that many pure software companies, and their IPOs, are still very successful: Zoom, Docusign, Datadog, and a lot of other companies you’ve never heard of unless you’re an enterprise software fetishist are doing quite nicely, thanks. It’s only consumer tech which seems to be either currently disappointing or previously overvalued, depending on your point of view. Software is continuing to eat the world.

But there seems to be a growing recognition that the world is a forest, not a pizza, and there is a big difference between low-hanging fruit and eggs hidden in the high branches. Just because you use some custom software doesn’t make you a software company; it just means you’re paying today’s table stakes. So if you’re not a software company, and you’re not a hardware company … then how exactly are you a tech company?

By that rubric, which seems like a pretty reasonable one, WeWork isn’t a tech company, and never was. Casper isn’t a tech company. One Medical isn’t a tech company. (This is admittedly highly anecdotal, but judging from my own household’s recently experiences, One Medical’s new software systems seem to have degraded rather than improved their level of care.) They’ve been dressed up like tech companies to adopt the tech halo, but it looks awfully unconvincing on them — and they’ve done so just as that halo has begun to slip.

Maybe this multi-market malaise is temporary, a hangover from a few overhyped IPOs and last year’s SoftBank madness. Maybe the tech wheat will be separated from the wannabe chaff soon enough, and the former will continue to prosper. Or maybe, just maybe, we’re beginning to see the end of the golden days of low hanging fruit, and increasingly only hard science or hard software will be the paths to tech success. It’s a little unclear which way to hope.