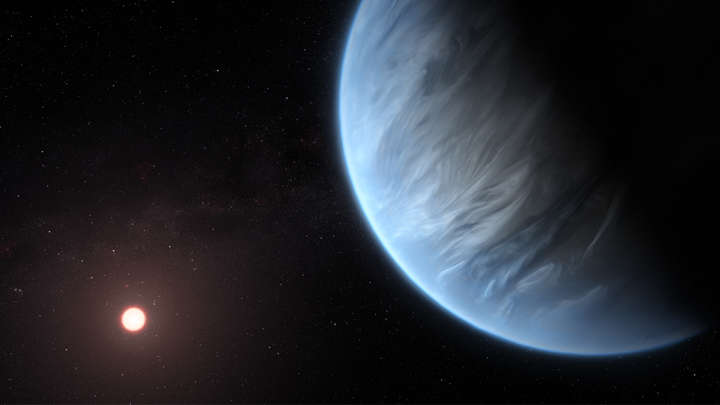 The International Astronomical Union (IAU) recently ran an incredibly popular naming campaign where 780,000 people worldwide participated in naming exoplanets and host stars as part of the 100th anniversary of the IAU.

The NameExoWorld initiative previously took place in 2015 when 31 exoplanets were given proper names. The IAU wanted to go bigger this year and get even more countries involved. A total of 112 countries participated, proposing names that were then voted on by the general public. Overall, 360,000 names were proposed and each national committee prepared a shortlist. The winning names raked in a total of 420,000 votes.

The IAU has a well-defined set of rules when it comes to names and for this project, there were rules concerning which stars and planets could be named. All the stars named have to be visible with a small telescope from the naming country. All the planets were gas giants weighing between one-tenth and 10 times the mass of Jupiter. Each country got to name one planet and its host star. The goal was for the process to be as inclusive and accessible as possible.

“The IAU is delighted to see the broad international interest that this NameExoWorlds campaign has generated,” IAU President-elect Debra Elmegreen said in a statement. “It is gratifying that so many people across the globe have helped create a name for a planetary system that is meaningful to their culture and heritage. This effort helps unite us all in our exploration of the universe.”

All the names can be viewed on the NameExoWorld website, but we picked a handful from around the world just to give you a flavor of what people chose to go for.

Azerbaijan named the star assigned to them Mahsati after the famed poet Mahsati Ganjavi (1089–1159), She is considered one of the brightest shining stars of Azerbaijani poetry. The orbiting planet is named Ganja after an ancient city of Azerbaijan, the first capital of the Asian country, and the birthplace of Mahsati.

The Cook Islands chose Poerava as the name of their star, a Maori term for a large mystical black pearl of utter beauty and perfection. Its planet is called Pipitea, meaning a small white and gold pearl.

Meanwhile, creatures from Malagasy mythology are the choice for Madagascar. Rapeto, a giant creature, is the name of the star and Trimobe, a rich ogre, the name of its planet.

Christian and classical mythology merged in Italian literature in the writings of Dante, inspiring the names selected by Italy. The star is Flegetonte, one of the four infernal rivers where the souls of those who committed violence against others are destined to boil for eternity. The planet is called Lete, after another mythological river where, according to Dante, the penitents in Purgatory are washed of the memory of sin.

Given that 2019 is the international year of indigenous languages, the IAU encouraged people to propose traditional names. Among those that got involved is Argentina, which selected the name Nosaxa for its star and Naqaya for its exoplanet. Respectively, these words mean spring/new year and “all human beings as siblings” in the Moqoit language.

Over 4,000 exoplanets have been confirmed and the number of discoveries doubles every 30 months. Initiatives like this bring exoplanets, some of which are up to 1,600 light-years away, closer to us all.

Coronavirus: United Airline to furlough up to 36,000 staff – BBC News

Coronavirus: United Airline to furlough up to 36,000 staff – BBC News