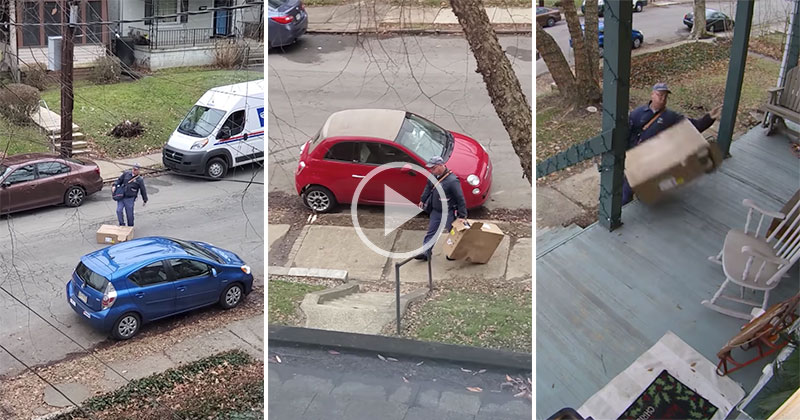 Quickly following up from our “greatest delivery attempt of all time,” comes this gem courtesy of the USPS (United States Postal Service).

In response to people online that have criticized the uploader for not helping out the postal worker with what appears to be a heavy-ish package and opting to film him instead, he provided the following context:

‘I’ve already used all proper channels, talked to him in real life, and my neighbors have spoken to him directly and also filed formal complains where we were all told they would talk to him about the situations. He knows what he’s doing, he knows he’s being filmed from the front yard cameras. Many people in this neighborhood have them because of a string of car break-ins on this street in the past. I’m not going to confront him again, it’s like putting a kid in time-out for the same misbehavior over and over again. It’s obviously not getting through. I’m not going to “avoid more damage” after he already dropped it. I’d rather just avoid the guy and go through the proper channels again, maybe have it escalated this time.’ [source]

Now please check out the “greatest delivery attempt of all time” and have your faith in humanity restored.