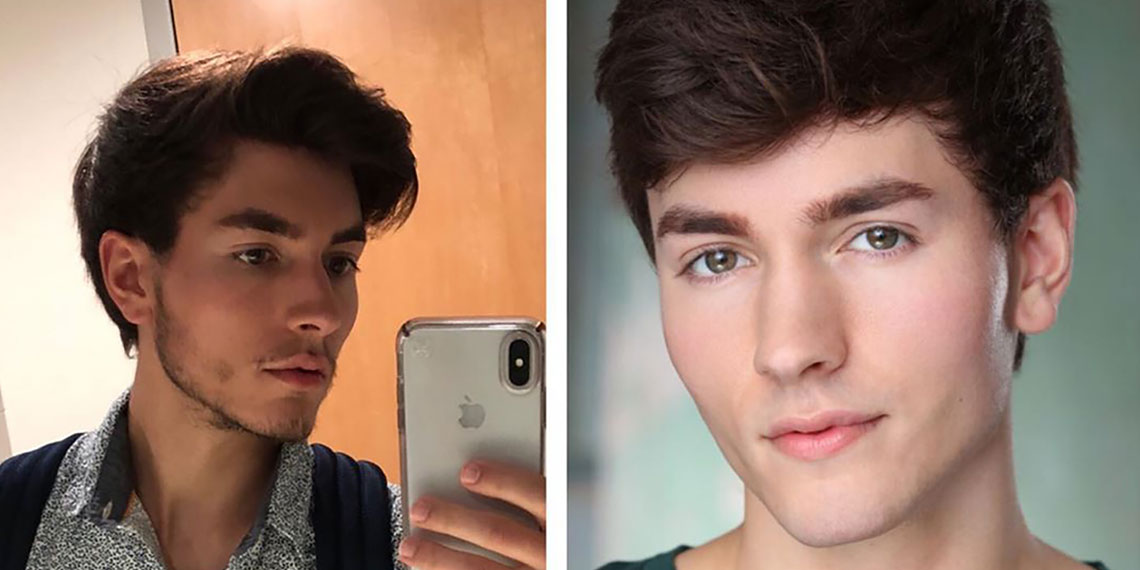 Every now and then, I put on a brave face and dive into the dark, teenage world that is TikTok. By now, we should be past the point of me having to explain what it is, or what kind of content thrives there—you can just read my other articles if you need to catch up. Now that we’ve covered the basics, we can actually get to the fun part: messy AF drama. If last year was the year that YouTube drama became unavoidable, it looks like 2020 might be the year that TikTok scandals go mainstream. It’s a new era, so get ready to feel old.

Today, we’re talking about the truly wild saga of Paul Zimmer and Troy Becker, two TikTok personalities who—spoiler alert!—are probably the same f*cking person. To understand this story, we have to go back we have to go back to the prehistoric time of 2017, when TikTok was still Musical.ly. Paul Zimmer was a bona fide star on the app, amassing seven million followers with the kind of dumb thirst trap videos that still thrive to this day. Paul also had over a million followers on both YouTube and Instagram—things were, in other words, going great for him.

Then, he went and f*cked it up by being a scammer. Musical.ly had a feature where followers could send virtual “gifts,” which they purchased with real money, and then the recipient got the cash value of the gift. It’s essentially the same thing as using Venmo or Cash app, but you’re pretending it’s something other than just plain money. (Don’t ask me why; kids do the darndest things.) Anyway, Paul Zimmer was asking his followers to send gifts or “cash donations,” and promising things like personalized videos and DMs in return. The problem? He never actually followed through on any of it! So all these people sent him money, and he just laughed all the way to the bank.

For obvious reasons, there was a lot of backlash to this behavior, and the hashtag #BanPaulZimmer even trended on the app after hundreds of users claimed Paul had scammed them. Rather than trying to push through the scandal, Paul dropped off the map, deleting everything from his Instagram and YouTube accounts, and going dormant on Musical.ly/TikTok for over two years. On a scale from one to canceled, Paul Zimmer was pretty f*cking canceled.

But even in the era of cancel culture, no canceled dude really stays canceled forever, and Paul Zimmer popped back up out of the blue in October of 2019. When he reappeared on Instagram, his first post wasn’t some long message about taking time to reflect, or putting his past behind him. Instead, he leaned in to a new scam, one that’s truly bizarre. In the post, Zimmer claimed to have “discovered” a teenage actor named Troy Becker that “literally looks like a younger sexier version of me.” He said that he just couldn’t resist getting back on social media to post about this kid. Troy Becker’s Instagram, which was tagged in Zimmer’s post, had almost no followers or other information, aside from a post saying that he was filming a new TV show. But he did look like Paul Zimmer… exactly like Paul Zimmer.

Here’s a screenshot of Troy Becker’s IMDb page, which has no actual information about projects, but does claim that he’s an “all American actor” who has “received high praise for the charm and realism he brings to his character.” Yeah, I’m sure his mom thinks he’s really charming.

Then, a few days later, Zimmer posted again, saying that he’d decided to give his social media accounts to Troy Becker. These accounts, just as a reminder, have millions of followers!! What a kind thing to do out of the goodness of his heart. To explain his decision, Zimmer said Troy “is one of the dopest people I know and he is literally my younger twin my much younger twin I believe Troy is 15 or 16 years old hahaha.”

From the first time the Paul Zimmer posted about his mysterious teenage doppelgänger, people were um, suspicious about what was going on here. From the perspective of anyone with an ounce of common sense, it looks like Paul Zimmer devised a scheme to pretend to be a teenage kid, take over his old social media accounts, and regain the glory (and probably the money) that he had years ago. It sounds like the plot of a sh*tty straight-t0-VOD movie, except in a movie the main character would probably be a more convincing liar.

r u telling me this is not the same person 5 years apart?
Paul Zimmer when he was on “Exclamation Point” || Troy Becker pic.twitter.com/WSuxfhDf4d

Also, the whole age thing here is just creepy. Paul Zimmer is around 24 years old, so for him to pretend to be a 16-year-old (who does not at all look like he’s 16) posting thirsty videos on the internet is like, borderline perverted behavior. I don’t even like going on TikTok because I feel uncomfortable seeing shirtless teenage boys in their childhood bedrooms, so I can’t even imagine pretending to be one.

Unsurprisingly, Paul didn’t really commit to convincing his audience that ~Troy~ was a different person. Paul/Troy’s TikTok account isn’t active anymore, but according to The Cut, the content that ~Troy~ was posting after taking over from Paul was “laughably similar in cadence and emoji use to Zimmer’s saccharine, robotic caption style.” C’mon Paul, you gotta at least use different emojis, we are not this dumb!!

Sadly, all the social media accounts associated with Paul/Troy have been deactivated, but this story is still wild. Honestly, I don’t understand why Paul Zimmer didn’t just apologize for his actions and make a comeback as himself, because I’m sure no one even cares anymore about what happened in 2017. It’s not that deep. Instead, Paul wrecked any chance he had at an actual comeback by pretending to be a 16-year-old version of himself. Congrats Paul, you played yourself!

While this is my first venture into the demented world of TikTok drama, I’m confident that it won’t be my last. Just like YouTube has brought us clowns like James Charles and Tana Mongeau, I’m sure there’s a whole crop of TikTok celebrities who are just waiting to have their stupid behavior put on blast to the world. Can’t wait!