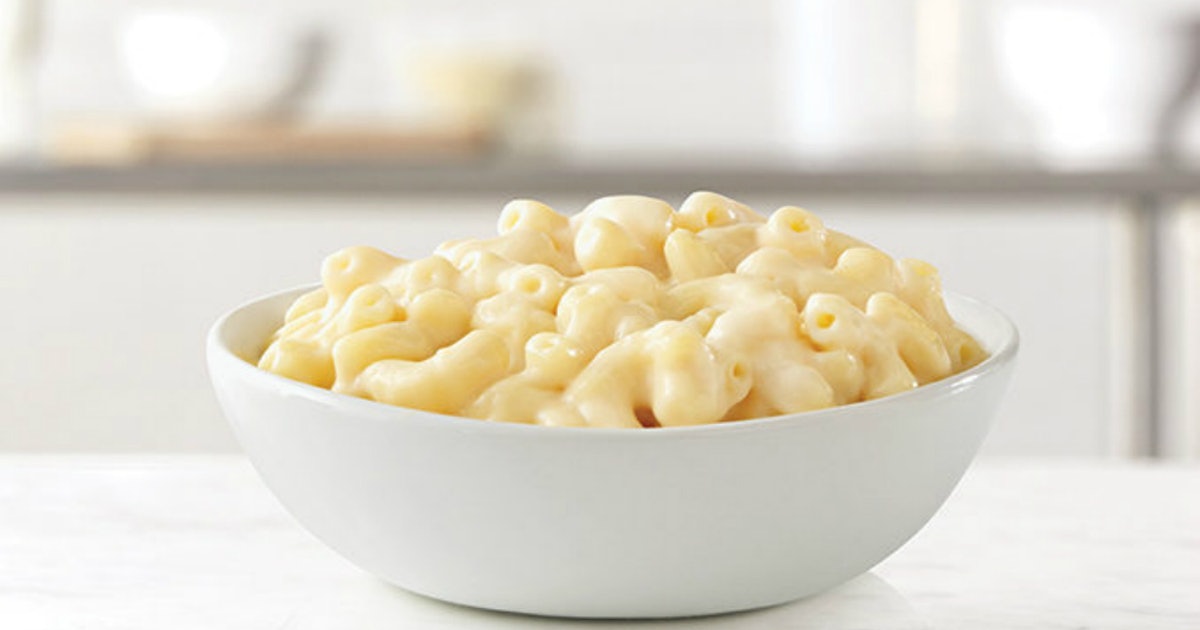 Arby’s might be your go-to spot for a Reuben or a sky-high sandwich, but the fast food restaurant is now offering something really cheesy. Arby’s new White Cheddar Mac ‘N Cheese is here to make all of your macaroni dreams come true. It’s available now, and it’s about to be your new fave side.

The new White Cheddar Mac N’ Cheese is available for a limited time at participating Arby’s locations. Most Arby’s stores launched the White Cheddar Mac starting in late December 2019, but some stores may be getting it a bit later than others. To make sure your local store carries it, check the online menu for the location near you. The price for this cheesy delight will vary depending on location. Arby’s says the White Cheddar Mac ‘N Cheese will only be available through April 2020, so expect it to disappear after that.

A serving of this cheesy mac weighs in at about a half pound (227 grams) and is made with elbow macaroni and creamy white cheddar cheese sauce. Technically, Arby’s lists the mac as a side, but with a half-pound serving, it could totally be a meal.

The addition of the White Cheddar Mac ‘N Cheese to the Arby’s menu feels rather timely, especially with other chains adding mac and cheese to menus. For instance, back in August, Chick-fil-A announced its Mac & Cheese is available nationwide as a permanent side option.

Even though other restaurants be getting in on the mac and cheese action, not as many have adopted a white cheddar version. So, if you’re ready to try Arby’s new White Cheddar Mac ‘N Cheese, you’ll have to get it before it leaves the menu in April.