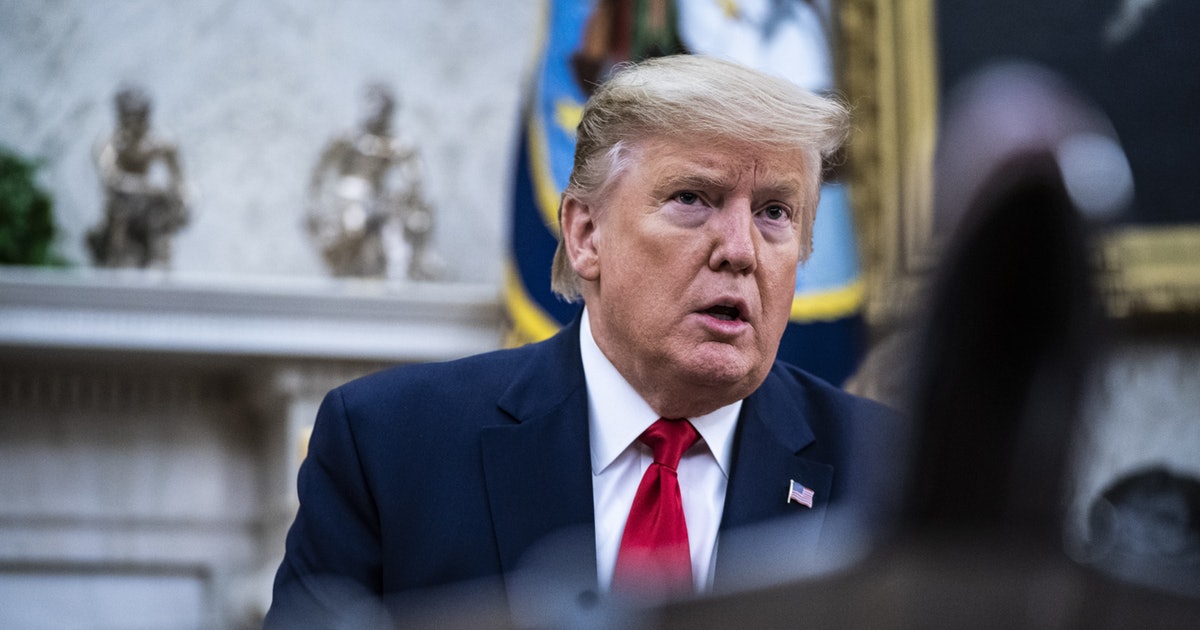 Do Articles Of Impeachment Expire? Don’t Wait This Out

Following the Dec. 18 impeachment vote, House Speaker Nancy Pelosi suggested she would not report the articles of impeachment to the Senate right away. Withholding the articles was not always her intention, she told reporters, but she expressed concern that Republicans would not organize a fair trial in the Senate. GOP leaders like Senate Majority Leader Mitch McConnell have indicated that they will work closely with the White House counsel to organize Trump’s impeachment trial.

“I don’t think [the Founding Fathers] suspected that we could have a rogue president and a rogue leader in the Senate at the same time,” Pelosi said during a Dec. 19 press conference, seemingly referring to Trump and McConnell. “The next thing for us will be when we see the process that is set forth in the Senate, then we’ll know the number of managers that we may have to go forward and who we will choose,” she said.

In remarks shared with Elite Daily, McConnell suggested that Democrats were “afraid” to let impeachment come to the Senate. “The prosecutors are getting cold feet in front of the entire country and second-guessing whether they even want to go to trial,” McConnell said.

So what does that mean for the articles of impeachment? Well, firstly, it’s important to remember that the Constitution really doesn’t say much about impeachment and specific procedures. Beyond a few big points, it’s left up to Congress to figure out exactly how they want to conduct impeachment proceedings. And according to a guide to House procedures from the U.S. Government Publishing Office, impeachment proceedings can be carried over from one session of Congress to the next (although any members involved may be swapped out). So, articles of impeachment don’t expire in that sense.

But with the 2020 presidential election less than a year away, there is a lot up in the air with the impeachment process. After all, Trump is only the third president to be impeached, and the first modern president to be impeached during his first term. The fact that he is still eligible for re-election, coupled with the fact that the GOP-led Senate is unlikely to remove him from office following an impeachment trial, makes the situation even more complicated.

Pelosi seems to be considering a delay in transmitting the articles of impeachment to the Senate in order to force McConnell’s hand to set up a fair trial. Now that the House has voted on impeachment, House lawmakers must name managers who will be responsible for prosecuting the case in the Senate, and Pelosi signaled on Wednesday night that House leaders were not yet prepared to do that.

“We cannot name managers until we see what the process is on the Senate side, and we hope that will be soon,” Pelosi said, per CNN. “So far, we haven’t seen anything that looks fair to us, so hopefully it will be fair.”

On the one hand, withholding the articles of impeachment from the Senate would prevent Senate Republicans from acquitting Trump — something the president expects will happen. On Thursday, Dec. 19, he tweeted, “Pelosi feels her phony impeachment HOAX is so pathetic she is afraid to present it to the Senate, which can set a date and put this whole SCAM into default if they refuse to show up!”

On the other hand, McConnell has indicated that he is in no rush to proceed with the impeachment trial, especially because his party is unlikely to remove Trump from office — so it might not give Pelosi and the Democrats that much leverage. What is clear is this: Trump has officially been impeached, which will be a stain on his presidency whether or not he faces any additional consequences.