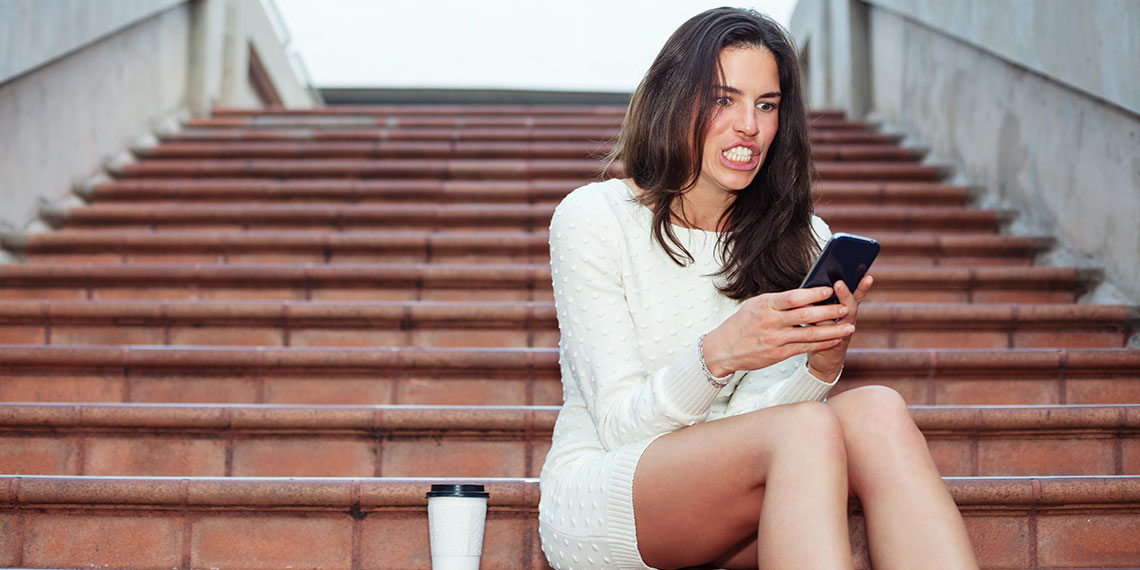 It’s a new year, but to the surprise of absolutely no one, influencers are still on their bullsh*t. 2019 was full of influencer scandals ranging from stolen handbags to shilling actual poison, and based on today’s story, 2020 won’t be any different. This week, a Canadian influencer was ordered to pay her ex $145,000 for spreading false rumors that he had STDs, which like, oof. The decision was a landmark case in the laws surrounding defamation in British Columbia, and also a landmark case in proving that your ex might not be that bad after all.

At the center of this case, we have Noelle Halcrow, a Vancouver influencer with an astounding 17,000 followers on Instagram. In the age of mega-influencers, that’s not a lot, but whatever, it’s still more followers than I have. Sadly, her page is private (waiting to see if my follow request is accepted), but all of the reports about the case call her a “style blogger and influencer”, so I guess at one point she like, posted her outfits on Instagram. One time, I influenced my friends to get Taco Bell when we were drunk, so truly anyone can be an influencer.

According to a statement from Rook’s lawyer, after the breakup, Noelle “went on and published time and time again, over many days—actually a year, or maybe more than that—various versions of the same statement that the guy was a dog, basically.” Okay, so Noelle was maybeee a little obsessed with this dude. Given the timeline from the court documents, they weren’t together for more than a year (and they were on/off during that time), so she kept posting sh*t about this dude for longer than the relationship even lasted. Yikes.

Just to get a little taste, here’s the text of an Instagram post from Halcrow that was shown in court: “Known cheater, proud of it! STDs and spread them…” Cute! There were over 100 messages like this shared as evidence, and not just from her own account. According to the court documents, Halcrow made multiple Instagram accounts for the rumors, as well as websites such as “cheatersandbastards.org” and “stdregistry.org”. (Before you go checking that second domain, it’s not a site that actually exists.) That’s commitment. In a classic move, Halcrow tried to pretend she wasn’t the one who posted all of these messages, but that her friends did it. Suuuure. A “friend” whose name is Shmoelle Shmalcrow? Sadly for her, the posts were all traced back to Noelle’s IP address, because she was not exactly Mr. Robot.

And even worse, after initially deleting some of the messages, Halcrow TEXTED ROOK threatening to post them again. This text is truly deranged: “I told you second I posted pics. This time you need to search for them and figure how many people I tag. Stupidly I took down but easy get back and I own this account names. And only thing you can get deleted on Instagram is porn. My account people say bad things I own it so I can take down two seconds and alerts my phone.” Okay, this woman needs to get a f*cking grip (on her sanity, and the English language). Not only is she unhinged, but she’s also wrong. You can get plenty of stuff taken down off Instagram as long as it gets reported, as evidenced by the time I made a joke about how people who drink extra-strength Five Hour Energy should just grow up and do cocaine, and Instagram removed it for “promoting drug use”.

In the judge’s decision against Halcrow, he called her smear campaign against Rook “relentless” and “out of spite,” which sounds like how my stomach reacts after I eat too much Chipotle. Sorry, TMI. The judgment for $154,000 is one of the largest defamation awards in the history of British Columbia, and legal experts say it sends an important message in the age of people saying whatever tf they want on social media. Media consultant Katie Dunsworth-Reiach said that even when messages are deleted, “Google is a powerful tool, and it does live on and it’s very expensive to clean up.” Basically, don’t spread false rumors that your ex has STDs, in Canada at least, because that sh*t could come back to haunt you. It might feel better in the moment, but the $154K judgment against you sure won’t.