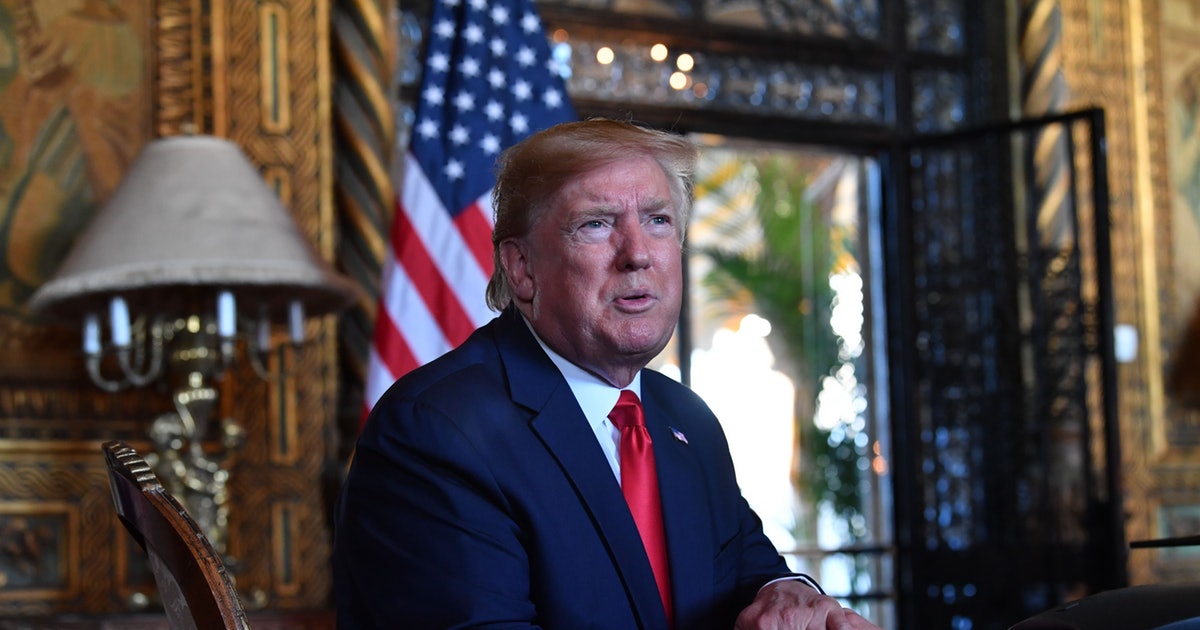 It may be the day after Christmas, but that didn’t stop President Donald Trump from unleashing a Twitter rant in the early hours of Thursday, Dec. 26. Trump took to Twitter to complain about being impeached, and to insist once again that he had done nothing wrong. Many of Trump’s Dec. 26 tweets attacked Nancy Pelosi, whose latest tenure as House Speaker has largely been dedicated to impeachment proceedings.

It’s been just over a week after the House of Representatives voted to impeach him, and Trump has not been silent on the issue. He has routinely argued that he hasn’t committed any crime, and the White House previously described impeachment proceedings as Democrats’ attempt to “weaponize politics” in a statement to Elite Daily. On Dec. 26, Trump continued to make similar arguments while simultaneously attacking Pelosi and the Democratic Party.

“Why should Crazy Nancy Pelosi, just because she has a slight majority in the House, be allowed to Impeach the President of the United States?” Trump asked on Twitter. “Got ZERO Republican votes, there was no crime, the call with Ukraine was perfect, with “no pressure.” She said it must be ‘bipartisan & overwhelming,’ but this Scam Impeachment was neither.” Elite Daily did not immediately hear back from Pelosi regarding Trump’s tweets.

It wasn’t enough for Trump to attack the Democrats’ impeachment strategy. He then went on to make more personal attacks against Pelosi and her career as a lawmaker. Trump criticized Pelosi’s district in California as “one of the worst anywhere in the U.S. when it come to the homeless & crime,” and also attacked California Gov. Gavin Newsom as “equally incompetent.” Elite Daily did not immediately hear back from Newsom regarding Trump’s tweets.

In his series of tweets, Trump also cited Bradley Blakeman, a Republican media consultant who was once a member of former President George W. Bush’s senior staff. Trump quoted Blakeman as saying the articles of impeachment passed by the House “don’t meet the Constitutional standard of high crimes and misdemeanors,” and that “Nancy Pelosi has no leverage over the Senate.” Pelosi also suggested she should be challenged in the 2020 primaries.

Although Trump initially acted as though he was unfazed by impeachment when he first received the news, he has since argued repeatedly — both on and off social media — he did nothing wrong. Although Pelosi has delayed transmitted the articles of impeachment to the Senate, she likely will not do so forever, so Trump’s impeachment trial will be a big moment going into 2020.