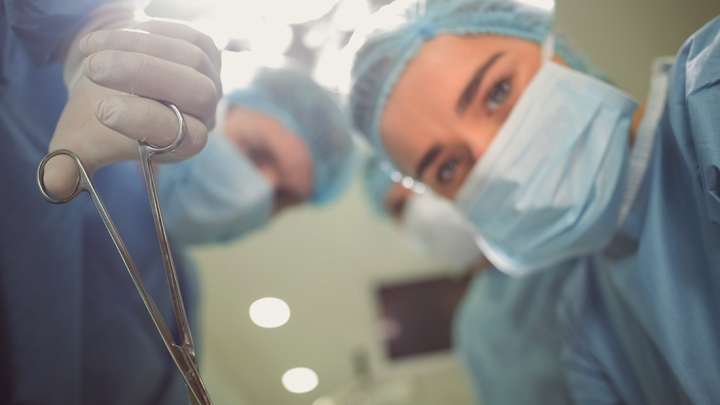 A hospital in the UK has admitted liability after a woman claimed she was left with post-traumatic stress disorder (PTSD) after remaining conscious during an operation.

The patient, who is in her late 30s, went to the Yeovil District Hospital for a routine gynecological operation in 2018. When the medical team began operating on her, she says that she was able to feel surgeons cutting into her abdomen but was unable to alert them.

“We went into theatre and I actually screamed out when the surgeon cut my belly button,” the patient who doesn’t want to be named told medical negligence lawyers Irwin Mitchell. “However, I had an oxygen mask on and a curtain was also up, so no one responded. A laparoscope was then placed inside me and I was in agony and the final straw was when my abdomen was filled with gas.

“As I have had children I knew how an epidural felt and I remember thinking that it was not the same experience. It felt like the anaesthetic had not worked.”

The team realized the patient was experiencing discomfort when her blood pressure increased, but the procedure was carried out to its conclusion, the medical negligence lawyers say, adding that Yeovil District Hospital NHS Foundation Trust admitted that the woman should have received a general anesthetic rather than a spinal anesthetic.

The woman says that as she was taken into surgery, her surgeon informed her that he had never performed the surgery before on a conscious patient. She says she was left traumatized by the experience and still suffers a year on.

“I have suffered a lot with PTSD and the nightmares have been horrendous,” she said. “I have these images lying on a table with people watching me and not listening to my screams. It is terrible and I can wake up around three times a week due to this.

“I’m also now very nervous and paranoid around doctors too – my trust has just been shattered. While nothing will change what has happened to me, I just hope that lessons can be learned so no one else faces similar problems in the future. The past year has been so difficult. I would not want what happened to me to happen to anyone else.”

A spokesperson for Yeovil Hospital told The Guardian that “it appears that a breakdown of communication led to the use of a different anesthetic to that normally required for such an operation. We are sorry if this patient suffered any distress as a result.”