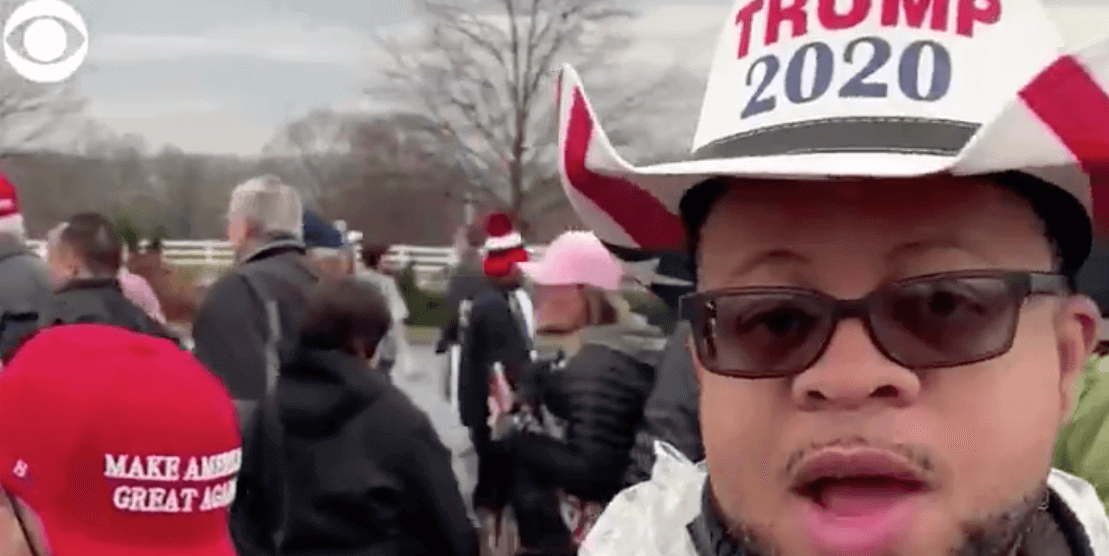 CBS News posted a video of Trump supporters at a Pennsylvania rally on Tuesday. One of the seemingly random interviewees ended up being an InfoWars host.

Trump supporters at the president's rally in Hershey, Pennsylvania tell CBS News their thoughts on impeachment and the possibility of his removal: "It would become the second Civil War." https://t.co/jPUmfWREbX pic.twitter.com/bzT0v9oaWN

A second Civil War waged by the left is a common talking point on Alex Jones far-right radio show. It is just one of the many conspiracy theories Jones and his followers push.

Journalist Nick Martin was the first to notice the inclusion of the InfoWars host.

Wait is this InfoWars host Will Johnson being interviewed as a just a random Trump supporter in this video? Martin questioned in response to the video.

Wait, is this InfoWars host Will Johnson being interviewed as a just a random "Trump supporter" in this video? https://t.co/O1QSXcEyn4

Johnson himself interviewed attendees at the rally, according to screenshots shared by Martin.

While CBS did not respond to Martins inquiries regarding the video, it did add an editors note to its Twitter and Facebook posts.

After publication of this video, CBS News learned that the second man interviewed is Will Johnson, a media personality who has contributed to InfoWars, CBS wrote in response to its now-ratioed tweet.

CBS News also just edited its Facebook post for the video to include the "editor's note." pic.twitter.com/nFs6R6XJJ9

In addition to InfoWars, Johnson is the founder of Unite America First, another far-right advocacy group.

He now works to inform Americans of the evil, lawless and divisive ways of the democrat party, Johnsons site reads.