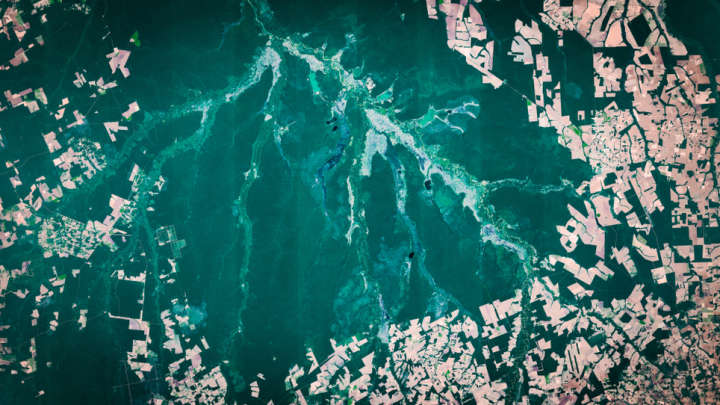 The world’s largest rainforest may be reaching its “tipping point” as a key player in the global carbon cycle, according to a new commentary written by leading researchers in the environmental fields.

“Although 2019 was not the worst year for fire or deforestation in the Amazon, it was the year when the extent of fires and deforestation in the region garnered full global attention,” wrote the authors in a commentary published in Science Advances. “The precious Amazon is teetering on the edge of functional destruction and, with it, so are we.”

The editorial pulls largely on two studies in which Thomas Lovejoy, a university professor in the Department of Environmental Science and Policy at George Mason University, and Carlos Nobre, senior researcher in the Institute for Advanced Studies, University of São Paulo, Brazil, write that the Amazon is being threatened due to deforestation, which is being exacerbated by human-caused global warming. The Amazon plays a crucial role in the planet’s hydrological cycles, but when the land is deforested, more than half of “rainwater runs off and is not available to recycle.”

“Researchers predict that deforestation will lead to developing savannahs mainly in the eastern and southern Amazon, perhaps extending into central and southwestern areas, because these zones are naturally close to the minimum amount of rainfall required for the rain forest to thrive,” write the authors, adding that loss of forested lands will “lead to staggering losses of biodiversity, carbon, and, in turn, human well-being.”

Deforestation in Brazil’s Amazon in November 2019 increased by almost 104 percent compared to the same month in 2018, largely contributing to a fire season that researchers say should not be considered a “normal year”. The fire rates in August of this year were three times higher than in 2018 and the highest since 2010. The findings build on data compiled by Brazil’s National Institute for Space Research (INPE) released last month that showed a 29 percent increase in deforestation in 2019 compared to the previous year. Between August 2018 to July 2019, the INPE estimates 9,762 square kilometers (3,769 square miles) of rainforest was destroyed.

A study published this week in the journal Ecology adds to this evidence, suggesting that the regrowth of Amazonian forests after deforestation happens much slower than previously thought. This has significant impacts on climate change predictions as the ability of secondary forests to soak up carbon – such as the Amazon – from the atmosphere has largely been over-estimated, requiring “additional support and investment to overcome,” said the authors in a statement.

What happens in the Amazon doesn’t stay there, either. Plumes of smoke from the fires not only extended across much of the planet but were shown to increase glacial melting hundreds of kilometers away in the Andes mountain range.