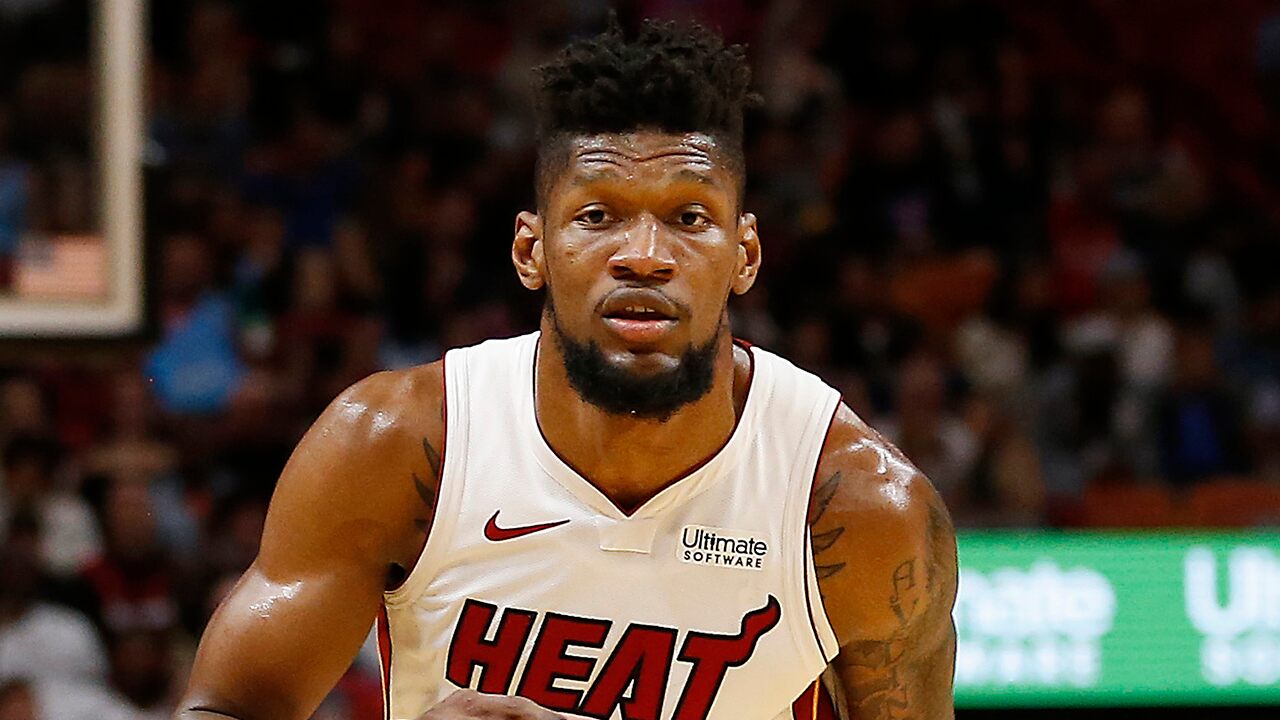 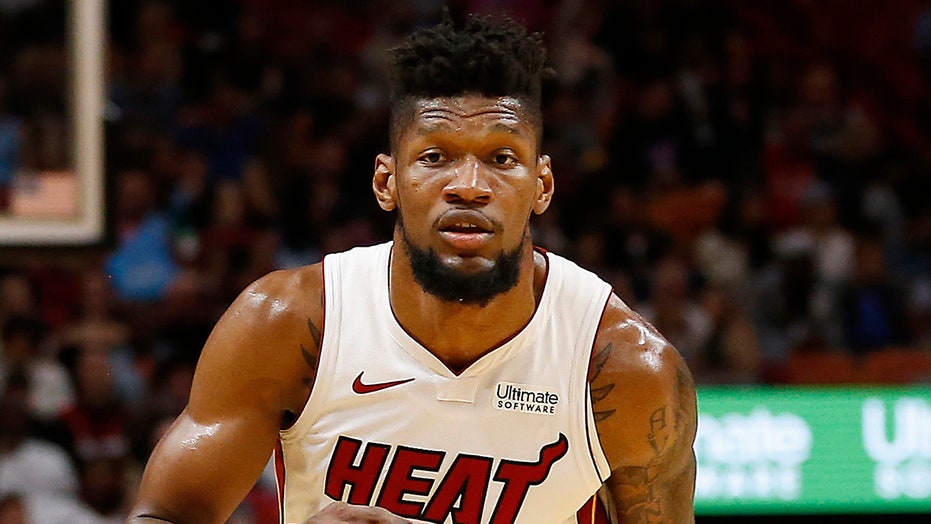 Chris Silva, of the Miami Heat, received a heartwarming surprise by the NBA for the holidays this year. (Photo by Michael Reaves/Getty Images)

In the seven years since, he had only seen his parents and siblings once, when he returned to the African country for two weeks to renew his visa as a sophomore at the University of South Carolina.

The Heat, the NBA and NBA Africa teamed up this holiday season to surprise Silva, flying in his mother, Carine Minkoue Obame, hours before Friday’s game.

A video shared on the team’s social media accounts showed a shocked Silva as his mother walked onto the court at AmericanAirlines Arena.

“The holidays also are really about being around the people you love and mostly everybody feels very grateful that you’re able to spend that quality time,” Heat coach Erik Spoelstra said in the video ahead of the surprise. “But I always think about Silva.”

“That’s my mom!” a very emotional Silva can be heard exclaiming after spotting her, as his teammates and coaches cheered and clapped.

Obame took an 18-hour flight from Gabon to Miami to see her son.

Silva had no idea that she would be making the trip, telling reporters afterward that they spoke days before when she was still in Gabon.

“I’m shook,” he said, adding that he couldn’t believe it was her at first. “I thought I was seeing a ghost, but, like, after I realized that that was her I couldn’t help myself. I was emotional.”

While Silva did not play, Obame stayed to watch the Heat beat the Pacers 113-112.