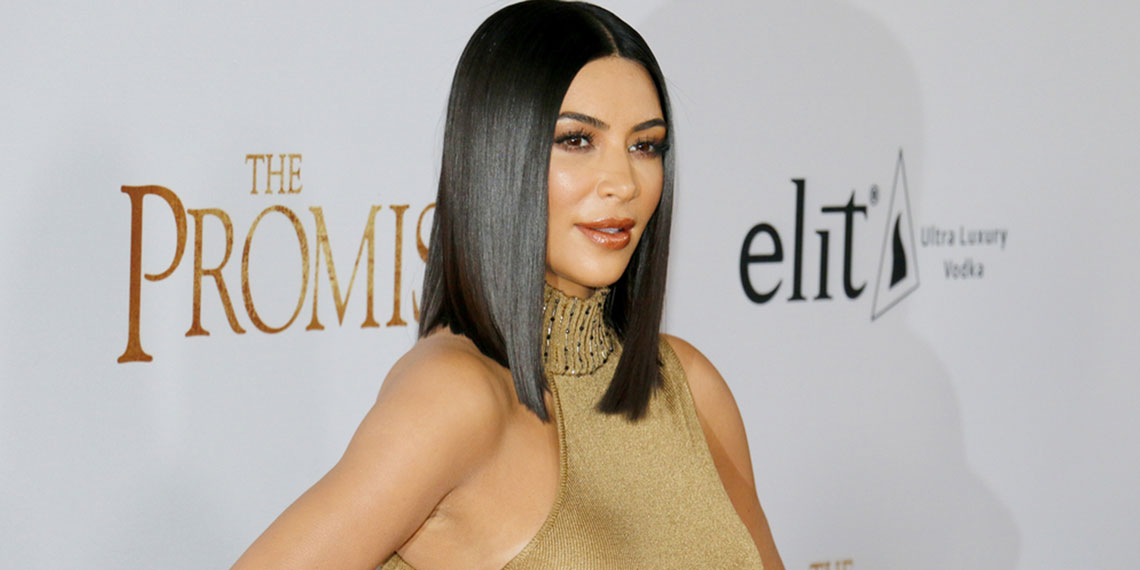 Well, well, well, if it isn’t Kim Kardashian West, getting called out yet again for doing something culturally insensitive. Throughout their years in the public eye, Kim and her sisters have often ended up in hot water for cultural appropriation, but based on Kim’s latest photoshoot, it appears that she’s yet to learn her lesson. Actually, at this point it seems like she knows full well what cultural appropriation is and what might constitute it, she just doesn’t give a flying f*ck.

Whatever the case may be, on Thursday afternoon, Kim Kardashian posted photos on Instagram from her cover shoot for the new issue of 7HOLLYWOOD magazine. If you’ve never heard of 7HOLLYWOOD, you’re definitely not alone. The magazine, which only has 28,000 followers on Instagram, is described as “an LA based biannual fashion, celebrity and art magazine.” It appears that it’s been around for a few years, and based on the fact that they can get Kim for their cover, I’d guess that it’s backed by someone with a lot of money and/or connections. But I digress, because that’s not really what matters here.

When I’ve talked to people about these photos, nearly every single person’s first reaction was “uh…Kim looks black.” And for the people who didn’t think this, it’s only because they literally thought it was a photo of a black woman, not Kim at all. I’ve heard Diana Ross, Angela Bassett, Diahann Carroll—a who’s who of beautiful, famous black women. But no, it’s a photo of good old Kim, looking more tan than ever.

What makes this whole thing even more confusing is that the inspiration for this shoot wasn’t even a black woman—it was apparently supposed to an homage to Elizabeth Taylor, who was decidedly white. It would be a bad look either way, but there’s truly no logical reason why they would even want to make her look so tan here. Do these people not know that they can just like… not? There is no reason for this sh*t to even happen!

While Kim’s sisters commented on the pics saying how gorg she looks, the normal, sensible people of the internet were less impressed. Basically my entire Twitter feed was people discussing Kim’s potential use of blackface, and there are already articles and think pieces all over the internet about the photos. My personal favorite headline comes from Bossip.com, who really just summed up what we were all thinking, if we could all think in hilarious rhymes:

As someone who spends a fair amount of time trying to think of interesting and catchy headlines, this is so f*cking good. It’s hilarious from start to finish, but also 100% accurate. Meanwhile, the folks over at Us Weekly had a slightly different take, gushing that “Kim Kardashian Channels Elizabeth Taylor” in the magazine shoot, also reiterating that they’re “living for it.” I mean, talk about failing to read the room. First of all, Elizabeth Taylor was famously very pale, but that’s not even the issue here.

Basically the entire internet is dragging Kim Kardashian to filth for these photos, but UsWeekly completely missed the point. Instead of coming up with a meaningful take, or even just taking a temperature on the situation, they basically just put out a glorified press release celebrating Kim Kardashian. Like, is Kris Jenner paying their salaries? Talk about a swing and a miss.

So far, Kim hasn’t commented at all on the controversy over the photos, but I’m expecting her to say something sooner or later. Even though this sh*t happens with her over and over again, she’s the kind of person who usually backtracks or makes some kind of statement so people won’t be mad at her. She’ll probably say the lighting did something weird, or her spray tan developed more than she was expecting, and remind us that she has a black husband and kids. Better than nothing, I guess, but don’t expect any real change from her.

If that sounds harsh, it’s only because we’ve been here before. It was just six months ago when Kim got ~dragged to the appropriation station~ when she unveiled her new shapewear collection. As you may recall, Kim went with the punny, but tragically ill-advised name of “KIMONO,” which, well, you know how that went down. After Kim was criticized by the entire internet and in an actual letter from the Japanese government, and she quickly backed down. She retitled the collection “Skims,” which is still a great pun, and the eventual launch was very successful. According to TMZ sources, Skims has been selling so well that it could turn out to be Kim’s billion-dollar business idea. Sure, it cost her time and money to rebrand the collection, but overall, she didn’t really experience any major negative consequences for her major f*ckup—which to me indicates that she has no real incentive to be more sensitive in the future.

Another ~appropriation station~ moment happened last year, when Kim got taken to task for appropriating a traditional African hairstyle. The choice of hairstyle was touchy in the first place, but she made things worse by describing them in a story as “Bo Derek braids.” In case you’re unaware, Bo Derek is a white woman who had this hairstyle back in the 70s.

#PressPlay: #TSRHairDosAndDonts–#Kimberly is out here in her formation braids 👀👀 is she serving #Roommates?!! #KimKardashian

Too bad they’re actually called Fulani braids, after an African culture that’s been doing them for centuries. After the fact, Kim claimed that she knows this, and she said the understands the backlash. At an interview last year at her KKW Beauty popup, she said “I’m totally respectful of that. I’m not tone deaf to where I don’t get it. I do get it.” Okay but like… do you? Kim said that a main reason she got the hairstyle was that her daughter wanted to match with her, but the whole “Bo Derek braids” caption has nothing to do with that.

So as you can see, this isn’t the first time Kim Kardashian has dipped her toes into cultural waters where she doesn’t really belong, and I would bet all the money sitting in my 401(k) that it won’t be the last. The jury is still out on whether she’ll actually address this controversy, but at this point, does it even really matter? No matter how sincere an apology sounds, if you just continue the same behaviors you get called out for over and over again, people eventually stop believing you. Kim could still change, and I’ll never say never, but I won’t hold my breath either.

Why popular YouTubers are building their own sites – BBC News

Why popular YouTubers are building their own sites – BBC News