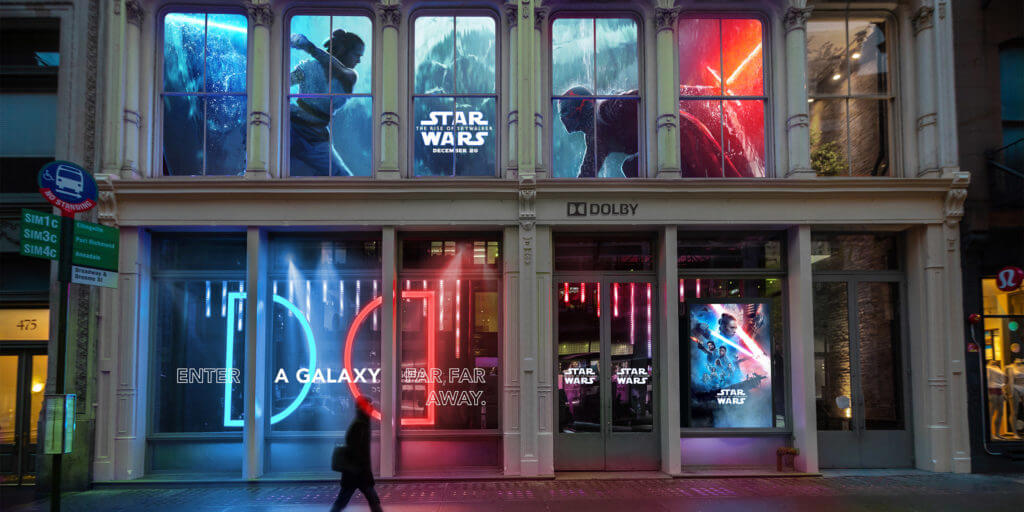 Between the movies, a TV show, books, comics, and theme parks, there have never been so many ways for Star Wars fans to experience those stories in the galaxy far, far away. But for a short time, Dolby is offering another way to live that Star Wars experience.

Dolby and Walt Disney Studios are teaming up for a limited-time, interactive Star Wars exhibition at Dolby SoHo in New York. Running from Dec. 6 to Jan. 5, the interactive experience will be free to the public and include the opportunity to win a variety of giveaways such as posters and exclusive items.

The force brought us togetherand we are thrilled to open the doors of Dolby SoHo so Star Wars fans can experience their favorite franchise like never before, Stuart Bowling, Content and Creative Relations Director, Dolby Laboratories, said in a statement. Its been an honor to have partnered with Star Wars from the beginning through Star Wars: The Rise of Skywalker. We cant wait to immerse fans in a galaxy far, far away with immersive Dolby experiences at Dolby SoHo.

Dolby SoHos installment will encompass multiple parts of the Star Wars galaxy. It will include the staples of a regular exhibition such as costumes, props, and memorabilia from the entire Skywalker Saga. But youll have the choice of following the light side of the Force or falling to the dark side of the Force as you experience 11 interactive exhibits and relive certain parts of the saga with the help of Dolby technology.

The Dolby Star Wars installment will be open Wednesday through Sunday (with the exception of Christmas Day and New Years Day) from 1pm to 8pm.