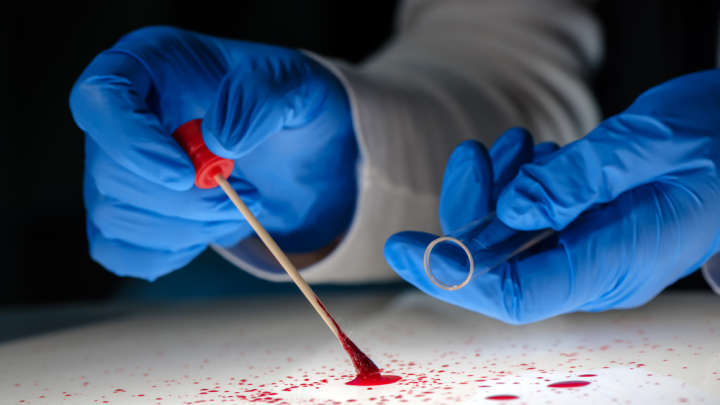 When Chris Long received a bone marrow transplant, he knew that the procedure might be the only thing to treat his recent diagnosis of acute myeloid leukemia and myelodysplastic syndromes – two rare conditions that impair the production of healthy blood cells.

His colleagues saw a scientific opportunity.

Four years after his treatment, DNA analysis shows that parts of Long now contain more than just stem cells from his donor, a German man who lives thousands of miles away. Lip, cheek, and tongue swabs revealed that his donor’s DNA was present at fluctuating levels throughout the years, while his donor’s DNA had entirely replaced Long’s semen. The only regions that were not affected were his chest and head hair.

Bone marrow transplants treat blood cancers and blood diseases such as leukemia, lymphoma, and sickle cell anemia. Healthy blood-forming stem cells are inserted into a patient’s bloodstream from a donor to replace unhealthy and poor-producing blood cells – DNA and all, according to the Mayo Clinic.

Long became a chimera of sorts – someone with two sets of DNA. Chimerism in humans is extremely rare with less than 100 documented cases, including a 1953 report published in the British Medical Journal in which a woman was found to contain two types of blood due to cells from her twin brother living in her body. The condition has wreaked havoc on families as well; a man failed his paternity test because a part of his genome belongs to his unborn twin, and a Washington woman was forced to fight for the custody of her child after her genetic makeup did not match that of her children.

Researchers can also genetically engineer chimeras. Just last month, scientists in China published a paper whereby piglets injected with monkey stem cells were brought to full-term for the first time. (Though they died after just a week.)

DNA has long been considered the gold standard when it comes to criminal investigations and has largely been infallible in court. It begs the question: Could these findings change how criminal investigators rely on DNA? In September, that very question was presented at a forensic conference in California in which experts discussed the possibility of a transplant donor or recipient with a similar experience to Long committing a crime but leaving behind the other’s DNA.

Criminal investigators work off of the assumption that DNA left at a crime scene belongs to the perpetrator and the victim, but what if there is a third party involved but never present? It’s happened before. The New York Times reports that in 2004, investigators uploaded the DNA profile from semen found at a crime scene and matched it to a potential suspect – who had been in prison at the time of the assault. How is this possible? He had received a bone marrow transplant from his brother, who was later convicted for the crime, reported New Scientist at the time.

Long volunteered as a guinea pig to help answer such a forensic question. The New York Times notes that three bone marrow transplant experts agree the question is worthy of further investigation.