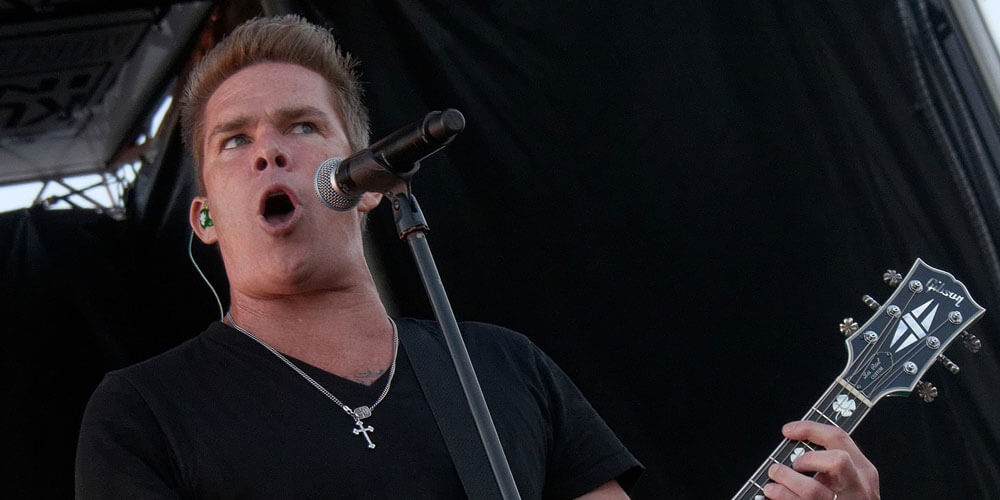 Youve probably heard of Cameo, the online service that lets you pay celebrities to create video messages for friends and family.

Hire rap star Waka Flocka to wish your cousin a happy birthday or NFL icon Brett Favre to give your son some encouragement before football tryouts. Hell, you can even get Hollywood legend Gary Busey to scream at the camera and bestow his wisdom upon you.

But one Cameo customer namedCheyenne has flipped the script, using the website to carry out one of lifes more uncomfortable tasks: the breakup. And who better to do it than 90s music phenom and bleach-tipped titan Mark McGrath?

A video posted to Twitter on Sunday shows the Every Morning star gracefully letting a dude named Brayden know that the whole long-distance thing isnt working out and that Cheyenne just wants to be friends.

McGrath starts by stating that the message is a little difficult for me to say cuz its the first one of these Ive done.

Despite the precarious situation,McGrath givesBrayden, supposedly a big fan of Sugar Ray, a man-to-man that Im sure he wont forget anytime soon.

She wants you to know that you mean a lot to her, you mean the world to her, the singer says. But shes having difficulty staying in this long-distance relationship.

The songwriter goes on to recount the difficulties he had with his wife at the height of his success, stemmed from being apart so often.

She still cares about you a lot, you never know what the future may hold, and she still wants to be friends with you because obviously she cares about you very, very much,McGrath said.

But the Sugar Ray frontman didnt just have words forBrayden.McGrath also went on to give Cheyenne a light heckle for dumpingBrayden while hes working on his thesis.

She wants you to know good luck on your thesis coming up,McGrath added. Probably not the best timing Cheyenne when hes doing his thesis but I understand.

McGraths video proceeded to go viral on Twitter, partly due to the fascination over Braydens mysterious thesis.

Probably not the best time while hes working on his thesis! Cheyenne! Hahahaha thank you for this

Other Twitter users began crafting scenarios of their own in whichMcGrath could be used to deliver bad news.

For 10 bucks and a bag of Pizza Rolls Mark will tell your grandma shes moving into the nursing home, Twitter userLaunce Mustoe wrote.

For 10 bucks and a bag of Pizza Rolls Mark will tell your grandma shes moving into the nursing home.

Of course, Sugary Rays lyrics, often centered around love and other things that still existed in the 90s, were also peppered throughout the Twitter thread. And if you dont get the references, open up your streaming music app of choice right now and become familiar.

I guess their relationship has… gone out the window

When its over… is it really over?

(to the tune of Fly) IIIIIIIIIIII just wanna die

McGrath closed out the video by hoping that he, Brayden, and Cheyenne could meet up backstage one day to laugh about the whole thing. Personally, I think Brayden has been through enough at this point. Thankfully, the singer also made sure to bring up that thesis just one more time.

Do, do, do, do your best on that thesis, man. I know its tough in the holiday seasons and relationships and all that stuff but you got big things ahead of you, bro! McGrath said. If youre working on a thesis, you got a good life in front of you.

The only question remaining is how exactly Brayden reacted to the news, but no one seems to know. My guess is that Brayden is still processing the fact that his childhood musical hero just informed him that hes been let go. But Cheyenne has every right to move on with her life and if she needs Sugar Ray to do it, so be it.

Hang in there, Brayden.

Update 8:07am CT, Nov. 26:Alas, like everything online, this viral stunt appears to be a stunt.

Anthony Scaramucci also broke up with Brayden on behalf of Cheyenne.

Bradyns girlfriend got back together with him and then broke up with him again using anthony scaramucci pic.twitter.com/utnhUytF1o

McGrath himself said he did it because he thought it was pretty obviously a joke.

Youre very sweet Sarah, but I just decided to roll with what I thought was a pretty obvious joke!