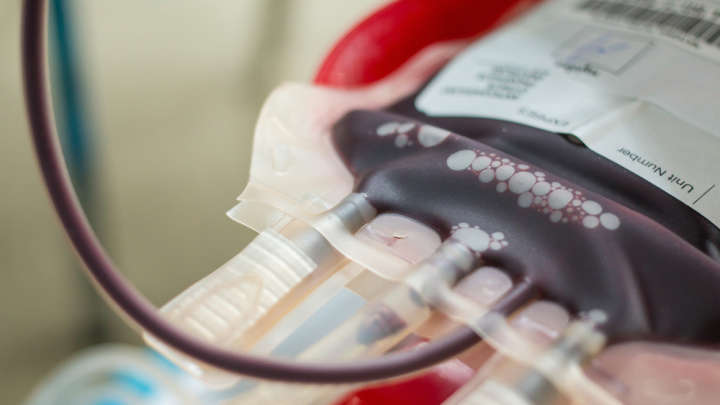 If you receive a blood transfusion, you might also be receiving a free dose of caffeine, Xanax, and cough medicine.

While the tainted blood is nothing to worry about for most people, it does give surprisingly accurate insights into the stresses and strains of 21st-century living.

Researchers from Oregon State University (OSU) sifted through 18 batches of supposedly pure human blood serum bought from a biomedical supplier using a technique called mass spectrometry. Reporting in the Journal of Pharmaceutical and Biomedical Analysis, the team was attempting to demonstrate a new method for looking at interactions between botanical dietary supplements and drugs.

While carrying out the research, they noticed that their samples were laced with cocktails of drugs.

All blood samples contained caffeine, while a number of other samples were found to contain alprazolam, an anti-anxiety medicine known as Xanax; dextromethorphan, an over-the-counter cough medicine; and tolbutamide, a medication for type 2 diabetes.

Since the sample size was relatively small, it’s uncertain how prevalent this problem is across the population. However, given the world’s taste for coffee and all things caffeinated, drug contamination in donor blood could be rife.

“We can only speculate on how widespread the problem is,” Richard van Breemen, the director of OSU’s Linus Pauling Institute, said in a statement.

“Another thing to consider is that we found drugs that we just happened to be looking for in doing the drug interaction assay validation – how many others are in there too that we weren’t looking for?”

None of this is desperately surprisingly since you would expect to discover traces of the things you consume in your bloodstream. However, in theory, contaminated blood could have implications for patients receiving blood transfusions, most notably in terms of the potential for drug interactions. That said, the researchers were quick to stress that the contamination shouldn’t be a concern to most people.

“From a ‘contamination’ standpoint, caffeine is not a big worry for patients, though it may be a commentary on current society,” explained Luying Chen, a PhD student at Oregon State. “But the other drugs being in there could be an issue for patients, as well as posing a problem for those of us doing this type of research because it’s hard to get clean blood samples.”

Of course, none of this should put you off donating blood either. It’s estimated that over 60 percent of the world’s countries lack sufficient blood supplies, so the more donors the better.