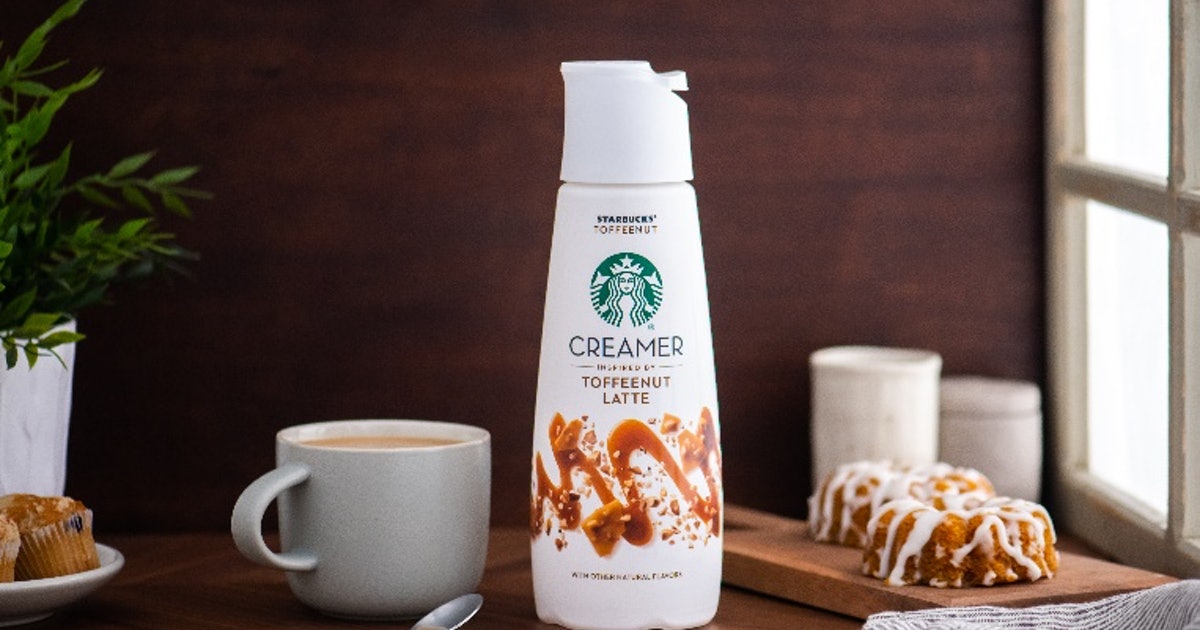 Starbucks’ New Toffeenut Creamer Was Inspired By This Popular Latte

A trip to the the coffee shop can be a nice way to start your morning, but there are some days when a cup of joe is best enjoyed from the comfort of your own home. With Starbucks’ new Toffeenut Creamer you’ll be able to add some coffeehouse flavor to your morning cup without needing to hit the drive-thru. Joining Starbucks’ recently released line of at-home coffee creamers, the brand’s newest flavor was inspired by a popular latte.

Starbucks announced its new Toffeenut Creamer after asking fans to guess the new flavor during Starbucks’ Creamer mystery flavor giveaway, which ran from Dec. 5 through Dec. 11. The Toffeenut Creamer is crafted with layers of buttery richness and flavors of toasted nuts, making it a unique addition to your fave brew. Starbucks’ Toffeenut Creamer will be hitting grocery shelves nationwide beginning in January 2020, so keep your eyes peeled for the product while you’re shopping next year.

The product was inspired by the fan-favorite Toffee Nut Latte, which is is a festive espresso drink made with Toffee Nut Syrup and topped with whipped cream and Toffee Nut sprinkles. It’s available during the holiday season across Starbucks locations in Europe, the Middle East and Africa — and Toffee Nut Syrup can be added to orders made in U.S. locations as a drink customization.

The new flavor joins Starbucks’ collection of creamers, which are now available for sale after rolling out in the beginning of August. Fans of the brand’s Caramel Macchiato won’t want to miss out on Starbucks Caramel Creamer, which has notes of caramel and vanilla. There’s also the Starbucks White Chocolate Creamer, which is inspired by the White Chocolate Mocha and made with a rich white chocolate flavor. If you’d like to add a taste of cinnamon streusel to your coffee, pick up a bottle of Starbucks Cinnamon Dolce Creamer, which is inspired by the decadent Cinnamon Dolce Latte.

You can pick up an at-home creamer for a suggested retail price of $4.99 for a 28-ounce bottle. The best part is the creamers are available all year long, so they won’t go away when the holidays are over. After all, there’s never a bad time for a cup of joe.