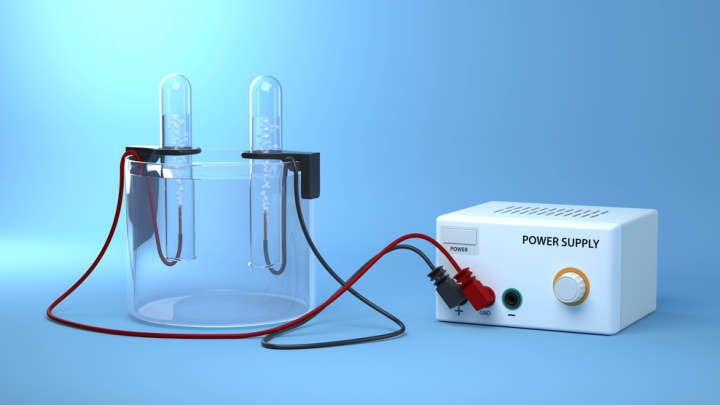 Nickel-platinum nanocages can split water to produce hydrogen 17 times as fast as existing platinum electrodes, Dutch scientists have reported. The announcement makes visions of a “hydrogen economy” – storing renewable energy for use when and where it is needed – far more credible, replacing incremental progress with a single leap.

Hydrogen has long been touted as the fuel, or more accurately the storage system, of the future. It can be stored or transported for long distances much more cheaply than electricity, and when burned it produces nothing but water. Many visions of a cleaner world involve hydrogen being produced using sunlight in deserts or from offshore windpower and shipped to where it is needed.

So far, however, the reality has not matched the hype. Indeed, the world already uses a lot of hydrogen for purposes such as welding and ballooning, and most of this is still produced using coal or natural gas – a polluting but cheaper option. To reach the vision, splitting water into hydrogen and oxygen needs to become cheaper and more efficient, and Professor Emiel Hensen of Eindhoven University of Technology thinks the answer lies in strings of tiny hollow cages.

You can apply all the electricity you want to water, but without a catalyst, the process occurs very slowly. Unfortunately, the most effective catalyst is notoriously expensive platinum. However, Hensen noted that “you want to make as much metal surface available as possible.” If the catalyst had a greater surface area to volume, it could touch more water molecules at once, thus speeding up the process.

Co-authors of Hensen’s paper in Science developed hollow nanocages made from alloys of platinum and nickel, which Hensen noted “can be accessed from the outside as well as the inside,” creating an enormous surface area. In the formation of the cages, the alloy develops surface structures that make it more potent still.

The result is a shape that produces hydrogen 17 times as fast as existing platinum versions, so only 6 percent as much catalyst is needed to produce the same amount of hydrogen. Any extra costs from the manufacturing of the cages should be more than balanced by replacing some of the platinum with much cheaper nickel.

It’s only a few months since another way of improving hydrogen production using nickel was announced, with magnetic fields being shown to double the rate of production for some cheaper nickel catalysts. It’s not clear if the two ideas can be combined.

Many catalysts break down over time, but Hensen claims his has shown minimal decline over extensive testing, even compared to platinum. He also demonstrated the viability in a fuel cell that allows a circular process, using electricity to produce hydrogen, which is then converted back to water while releasing energy.