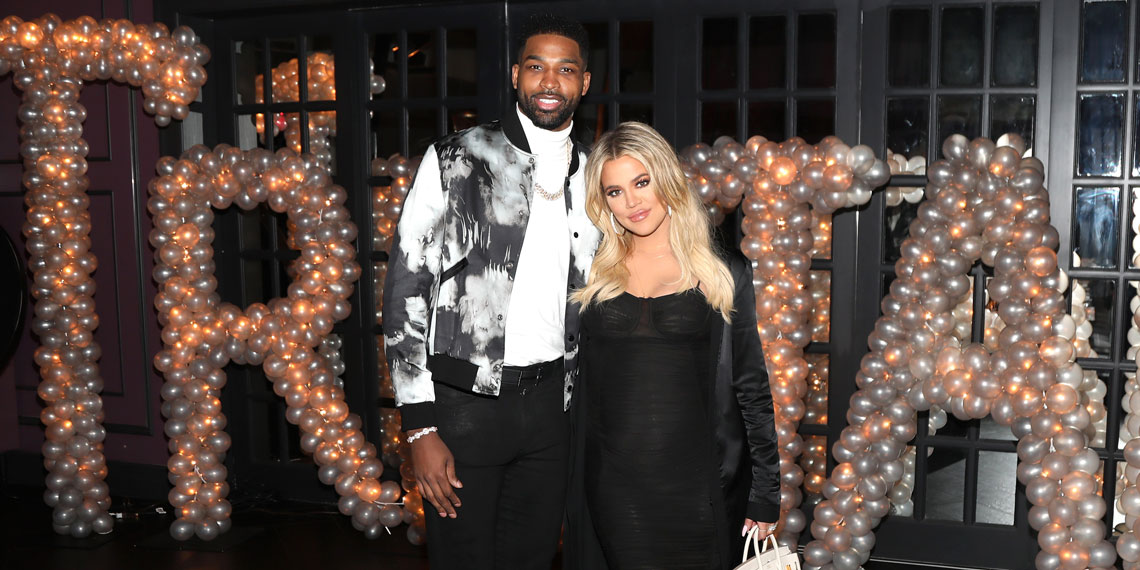 There are so many things to love about this time of year. The bottomless supply of baked goods, the wall-to-wall Hallmark Channel Christmas movies, the multiple consecutive days where you don’t have to change out of your pajamas, and finally, looking back on all the juicy breakups that happened throughout the year. I believe the phrase is “the best way to spread Christmas cheer is by recounting strangers’ personal pain loudly for all to hear,” no? Well, it certainly is for me. And this year, there were A LOT of celebrity breakups. So many, in fact,  that Ryanne even had to talk me down from one when I INSISTED you would all care about the guy from This is Us divorcing his wife. You can thank her in the comments. But let’s take a look at the rest of the most dramatic celebrity breakups of 2019, and really get in the holiday spirit!

We are ready whenever you are little mama 🦋

I had really hoped that by the end of this decade we would have stopped talking about these people, but it seems that is not the case. In fact, two members of America’s First Family of Reality TV made it onto this list. The things I do for you guys. I still can’t believe this breakup was only this year, but it was indeed back in February when Jordyn Woods foolishly cut herself off from the Kardashian gravy train by making out with Tristan Thompson. Big mistake. Huge. She claimed (on Red Table Talk) that it was just a quick kiss on the lips, but that was enough to seal her fate. Kylie threw her out, onto the mean streets of the Hollywood Hills, left to fend for herself with nowhere else to go but a slightly smaller mansion. Poor baby!

This was the last straw for Khloé, who will tolerate her boyfriend motorboating models while she’s at home pregnant, but a goodbye kiss on the lips is OVER. THE. LINE. She also seemed to blame Jordyn for her breakup when we all know men are the ones responsible for where they put their d*cks.

Why are you lying @jordynwoods ?? If you’re going to try and save yourself by going public, INSTEAD OF CALLING ME PRIVATELY TO APOLOGIZE FIRST, at least be HONEST about your story. BTW, You ARE the reason my family broke up!

I brought the snow 2 da desert 🌵

We might as well get on with the Kylie and Travis breakup, since we’re here. This relationship was a whirlwind. Kylie and Tyga broke up, and then she almost immediately got with Travis, and then she almost immediately got pregnant, because her mother was too busy selling her sister’s sex tape and building an empire to teach her youngest daughter about the birds and the bees. At the very least she could have showed her that tape! Alas, she did not, and here we are. Stormi was born in February 2018, less than a year after Kylie and Travis got together. Things seemed to be going well for a while, with Travis even telling Playboy that having a baby had not slowed down their sex life at all. Duh, Travis! You are still in the honeymoon stage! And you have nannies! I think a decrease in sex life happens because people are tired from the baby and also kind of sick of each other from being together so long. Two problems Travis and Kylie would not be encountering. But congrats on beating the odds!

But then, October came and Travis and Kylie announced they were on a break. Guess that sex life finally slowed down, huh? They still appear to be close, and although I wouldn’t count out a reconciliation, this really was the end of an era for Kylie. Thankfully she has those billion dollars to hold her close at night!

I’ve got to admit, this one hurts. I thought these two crazy kids might just make it. After meeting on the set of The Last Song *pause for audible sobbing* and dating on and off for over 10 years, they finally got married in December 2018. Then, by August, it was over. And that’s when it got messy. All of a sudden Miley was dating Kaitlynn Carter, the most annoying cast member on The Hills: New Beginnings, and Liam was walking around Australia looking like someone drowned his puppy. I haven’t seen anything sadder since we got my brother’s wedding photos back and it looked like my glass of champagne was my plus one in every single shot. (It was.)

THEN! Miley and Kaitlynn breakup (duh, she’s annoying!) and now Miley is with Cody Simpson. AND THEN!!! Miley got a tattoo that says “freedom” which is obviously throwing shade at Liam. A little dramatic, but okay.

But FINALLY! Liam is getting his head in the game and fighting back, recently posting a thirst trap. He looks hot, but we know you’re not that innocent, Liam. Even my grandmother knows what a thirst trap is.

This summer it was reported that Cole and Lili, aka the one sane spot in that bonkers fever dream known as Riverdale, broke up after two years of dating. OR DID THEY? This story was reported in July, but the day before they had been perfectly cordial at ComicCon. And I don’t know about you, but I don’t think “cordial” is the word I would use to describe myself post-breakup in my early 20s. Maybe “deranged” or “paralyzed by rage,” but definitely not cordial.

They never confirmed the breakup, and then, they started f*cking with us. Lili posted a picture of their magazine cover together saying “none of you know sh*t,” and Cole posted the same picture, with a caption I don’t understand but I can feel like I’m being mocked, you know?

If Cole and Lili broke up, or if they did not, it doesn’t matter now, because they’re back together! I don’t like being toyed with, but I will take it if it means that Bughead is forever.