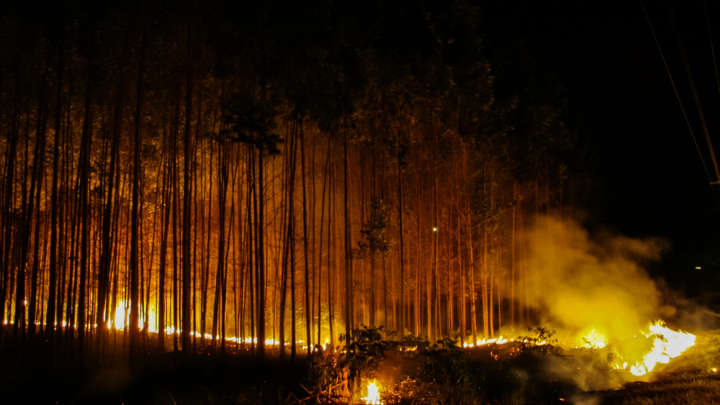 The fires in the Amazon rainforest this year – the highest prevalence of fires here since 2010 – gripped the attention of the planet and brought much-needed awareness to this annual problem. The dust has settled for now, but researchers have just revealed another unexpected consequence of the devastation caused by the fires over the past decades.

A new study, published in the journal Scientific Reports, has found that plumes of smoke from fires in the Amazon can reach the Andes mountains and worsen glacial melting. In turn, this has the potential to disrupt the water supply of tens of millions of people who live downstream.

The research specifically focuses on the Zongo glacier in Bolivia using data collected between 2000 and 2016 on fire events. Geographers led by Rio de Janeiro State University used data models and satellite observations to track the movement of black carbon particles from fires towards the Andean glacier and measure their effect on annual glacial melting.

Winds carry dust and soot particles from the fires hundreds of kilometers until they eventually become trapped in snow and ice, making the glacier darker. The black impurities reduce the glacier’s ability to reflect sunlight, a phenomenon known as “albedo,” thereby warming it up and leaving it more susceptible to melting.

Glaciers, including those in the Andes, are an important water source for much of the planet. An estimated 75 million people rely on water from Andean glaciers, so any disruption to glacial melting has the potential to affect the everyday lives of millions of people living in surrounding countries.

“This cannot be considered a regional issue. Instead, it has social implications at a continental scale,” said Newton de Magalhaes Neto, from Rio de Janeiro State University’s Institute of Geography, according to AFP.

The Amazon is one of the most important biomes on our planet, playing a key role in maintaining natural processes on Earth, not to mention it’s also home to the largest collection of living plants and animal species in the world.

Fires occur in the Amazon rainforest every year during the dry season, typically between July and October or November. However, fires this year have been notably rampant – three times higher than in 2018 and the highest number since 2010. The fires are almost exclusively started by humans as part of a “slash-and-burn” method to clear land for agriculture, infrastructure, livestock, logging, and mining.