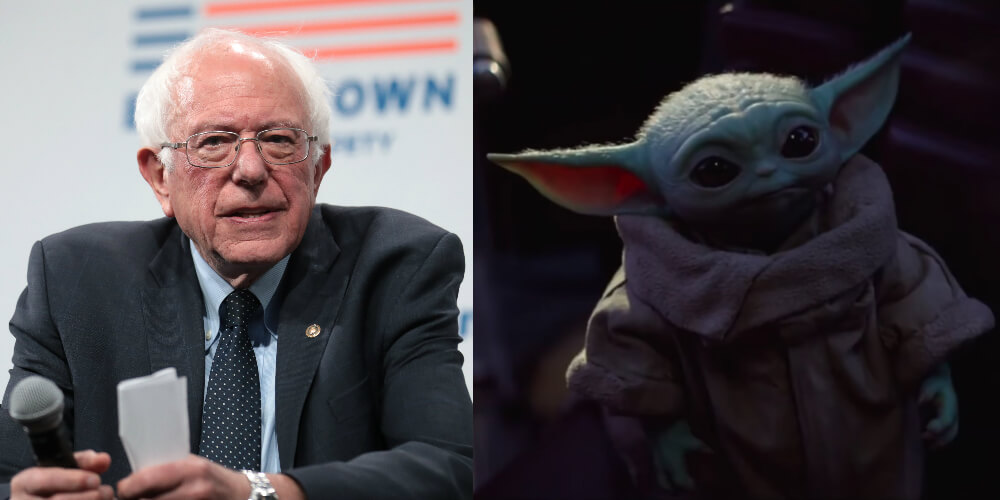 Baby Yoda is not only the breakout star of The Mandalorian, but the 50-year-old baby also seems to be overshadowing candidates in the Democratic race for president.

Baby Yoda is more popular on social media than any 2020 Democratic candidate, according to NewsWhips data, which was obtained by Axios.

As it turns out, memes are surprisingly not the driving force behind Baby Yodas social media popularity. The social media analytics company analyzed news story interactions only and found that Baby Yoda receives an average of 1,671 clicks per story posted to social media. For comparison, frontrunners like Sen. Bernie Sanders (I-Vt.) and Joe Biden receive merely 850 and 839 interactions, respectively.

On Nov 12., Baby Yoda was unveiled to the world during The Mandalorian premiere.

At the time, Mandalorian creator Jon Favreau and Chapter 1 director Dave Filoni spoke about how hard it was to keep Baby Yoda a secret.

We really wanted to have it be that you had to watch it yourself, so that every time you watch the show, there are new twists and secrets that come out. But that requires a lot of restraint, Favreau told ET.