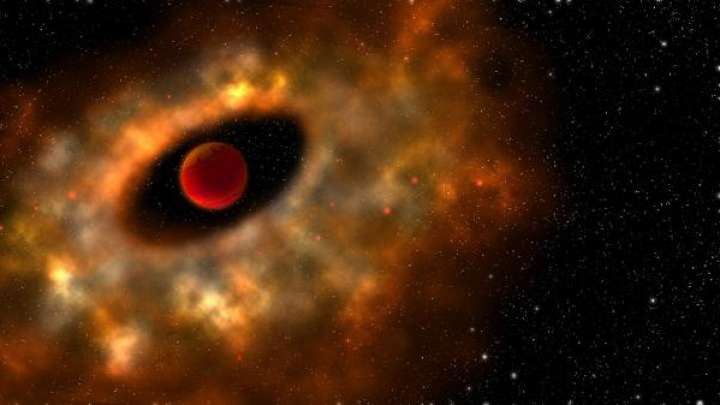 If you collected data about a group of parents, and considered the same measurements for their offspring, you’d expect them to look at least somewhat alike. Yet when the “parent” is a star, and the “child” a giant gas planet, they turn out to have much weaker relationships than anyone anticipated. The astronomers who discovered it don’t yet have an explanation, but it certainly suggests holes in our understanding of planetary formation.

Planets and stars are formed out of the same cloud of gas and dust. The nature of the process by which they form inevitably sorts the elements so their composition is not identical, which is why the Sun is mostly helium and Earth mostly iron. Nevertheless, it’s hard to blame astronomers for assuming that a star rich in a particular element would have planets that also show unusual abundance of the same substance.

Yet when Dr Johanna Teske of the Carnegie Institute tested the idea, she found no apparent correlation after allowing for the planet’s mass, which has previously been shown to influence its composition. In the Astrophysical Journal, Teske describes comparing the abundance of the six most common metals in 24 gas giants and the stars they orbit.

The finding was particularly surprising because we do know stellar composition influences the chance a gas giant will exist in the first place, at least close to the star. The more metals (which to astronomers means any element heavier than helium) a star has, the more likely we are to have found giant planets around it.

The sample size Teske and co-authors used isn’t large a t24, being limited to planets below 1,000 K that transit across the face of particularly bright star as seen from Earth. The combination allows us to detect an object’s composition from light passing through its outer reaches. Even among those included carbon concentrations were hard to measure in a few stars, adding some extra uncertainty.

More examples might reveal something a little different, but the paper certainly contradicts the strong anticipated correlation. Teske and co-authors did find a possible link between the amount of carbon and oxygen in planets and the stars they orbit, although they need more examples to make any conclusions more than tentative.

Not everyone’s reaction to the news was cheerful, with planetary scientist and science communicator Emily Lakdawalla tweeting (presumably mock) dismay, but the paper’s authors are looking on the bright side.

“Understanding the relationship between the chemical composition of a star and its planets could help shed light on the planetary formation process,” Teske said in a statement. The complexity and unexpectedness of the universe may be frustrating, but it’s what makes science exciting.