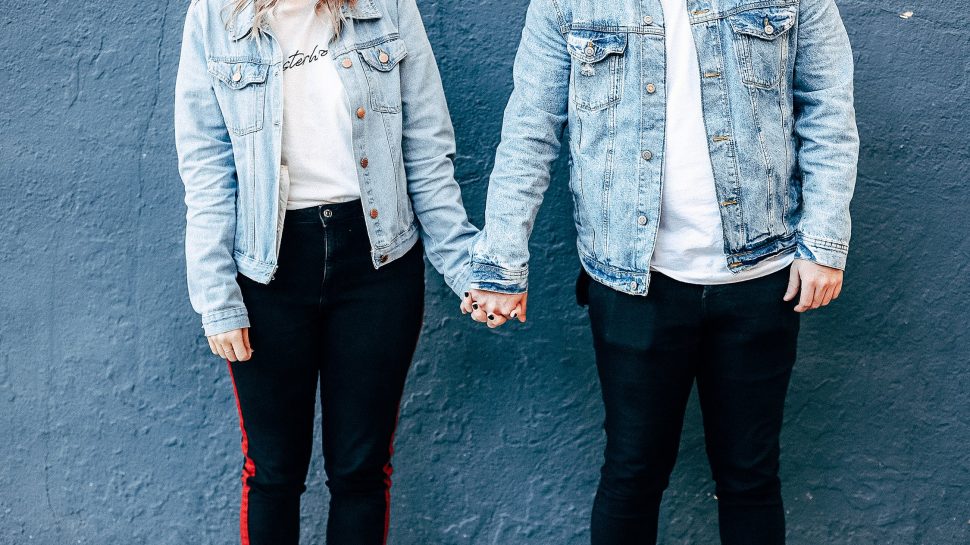 If you DGAF about your partner’s height, I envy you. Call me shallow, but I don’t want to date someone who isn’t at least a few inches taller than me. I mean, I’ve dated and hooked up with shorter people in the past, and it’s NBD, but it’s just not my preference. As a tall chick who clocks in at 5’8” this is a real struggle because most dudes I know tend to be my height or slightly taller—and for what it’s worth, if all of you short girls can stop being rude by snagging all the 6’+ guys, that’d be GREAT. Anyway, what I’m wondering is this: is height still an important relationship factor to most people? Or am I just a picky bitch? I consulted the public and an expert sociologist to find out.

Height is among the three top demographic characteristics people share on dating apps… because it. is. IMPORTANT. Dr. Jess Carbino, former sociologist for Tinder and Bumble, confirms there are social AND biological reasons why our potential partner’s height matters on both conscious and subconscious levels. She claims that height has been considered a clear and visible marker of genetic fitness and an easy way to measure a person’s capacity to be a biologically fit partner for basically ever. “Women can’t easily obtain blood samples or perform an EKG on a prospective partner to determine whether he’s healthy relative to another man, both currently and historically. However, she can look at a potential partner and see how tall he is relative to another partner.” Imagine asking someone you matched on Tinder to show you their blood test results before meeting IRL??? TBH, I might try it out. Will report back.

There are also social rewards for being tall. “The taller you are, the more likely you are to be successful and make more money,” says Dr. Carbino. “Theories suggest that taller individuals are more confident and perceived as being more dominant and in control due to their physical stature.” She adds that men used to “enhance” their height all the time. “Men wore high heels to signal their status in 17th century Europe. Heels ultimately were no longer fashionable due to criticism that men shouldn’t require shoes or any other accessory to signal that they were naturally larger than women.” AHA. There we have it, folks. Preferring a tall partner *could* have something to do with power dynamics, desirability, and feelings of security, too.

The People Have Spoken…

Because Instagram is the go-to method for scoring real, raw data, I ran a poll to see what my followers think. I asked “do you care about the height difference between you and your potential/current partner?” Out of 103 total votes, 56% (59 people) voted YES and 44% (46 people) voted NO. To break things down even more, 36 women and 23 men voted YES, height matters, and 13 women and 33 men voted NO, it doesn’t. Hmm.. looks like A LOT of women care and a LOT of dudes don’t. This kinda confirms Dr. Carbino’s point that “the overwhelming majority of women want their partner to be significantly taller than them, and men strongly desire that their partner be shorter than themselves.” Why? To meet social and biological expectations regarding masculinity and femininity. SMH. Is this just a thing among heterosexual relationships? IDK. Probably. Everyone sucks. I blame society and our collective subconscious.

What do the boys have to say about this? “I’m 6’3” so I’m usually the taller person, but I’m not intimidated by dating women who are close to my height,” says Kevin. A true hero. He’s also hot, so hit him up, ladies. Dave thinks this is a tough call. “They could be up to the same height as me and I’m cool with it, even if they wear heels and are taller than me. But barring special circumstances, I’m not sure I’d go after someone who’s taller. Maybe it’s some hardwired gender roles or power dynamic.” And according to my friend Vinny, “If she’s taller than me and grabbing shit off the top shelf I can’t reach… my manhood is depleted. Tiny chicks are hella cute, but what if I have a short-ass son with one?!” L O L .

Now let’s hear from the ladies. “As a bisexual, I weirdly want men to be taller and women to be the same size or shorter. Why? Is it because of control dynamics?” says sex educator Jennifer Doan. “Also, here’s something interesting that a gay male friend brought to my attention. Short men rarely top in gay porn. He said that as a short man interested in topping, it’s given him a bit of a complex.” Interesting. And sad. Maybe it’s not just a heterosexual thing and it’s universal??? “I want to not care, but it turns out I’m just not attracted to shorter guys,” says Gilit. “I’m tall-ish and just feel so big next to small guys. I had sex with a shorter guy once and felt like I was gonna drown him in my boobs.” 6’ tall Courtney feels the same way. “OMG sister, it totally matters. I’m not dating any dudes that come up to nipples. I’m an Amazon. I just want a man-sized man.” LMAO. I love my friends.

Freelance writer Tawny Lara never cared about height and just wanted someone to respect her and support her crazy dreams… and found him! She’s the same height as her current partner and loves it. “We’re the same height, weight, and shoe size, so we get to share clothing and shoes.” TBH, that’s goals. On the other hand, award-winning feminist author and certified sexologist Gigi Engle’s husband is 10 inches taller than her. “Something about how big he is is kind of hot to me. Probably because he can lift me up and ravage me. But my last boyfriend was 5’8” and it didn’t bother me. What’s important is someone who can make you feel safe and loved (and who gives you lots of oral).” C H E E R S, sis.

Last but not least, Ali has strong opinions on the matter. “People that over-prioritize height are TRULY missing out. It’s an arbitrary and self-centered qualifier that has more to do with the person worried about it than the person who is deemed by them ‘too tall/short’ to date. Imagine how we’d react to men who ~only date blondes~, but women freely talk about not dating men under 6’. It feeds into body issues for men and women, and needs to be stopped! People that don’t date someone because of height alone deserve the trash they get and it’s probably why they’re still single. It’s a rookie mistake and shouldn’t matter to anyone who’s past their selfish and superficial early 20s years.” YIKES. Truth bomb. I told her that I am, in fact, that perpetually single trash collector she is referring to. Oh well. It’s fine. I love trash!

So yes, height difference DOES still matter in relationships (to a lot of people). Is it shallow to care about how tall your partner is or will be? Yeah, maybe, but who TF are we to judge anyone else’s preferences? If you’re guilty of caring about how tall someone is, try not to feel guilty. I sure don’t! Dr. Carbino believes that people are allowed to have three dealbreakers/dealmakers in a romantic partner. “These can be anything they want. If they want their most critical factors to be the person’s educational background, religion, interest in sports, or even possessing Christian Bale’s jawline, it’s their criteria to determine.” K, cool. I’ll pick height, a dark sense of humor, and a fast texter. Whatever your personal deal breakers and makers may be, rock ‘em. You’re the one who’s looking for love (or a hookup). You get to decide what does or doesn’t work for you, whether that’s height or something less judgy and superficial.