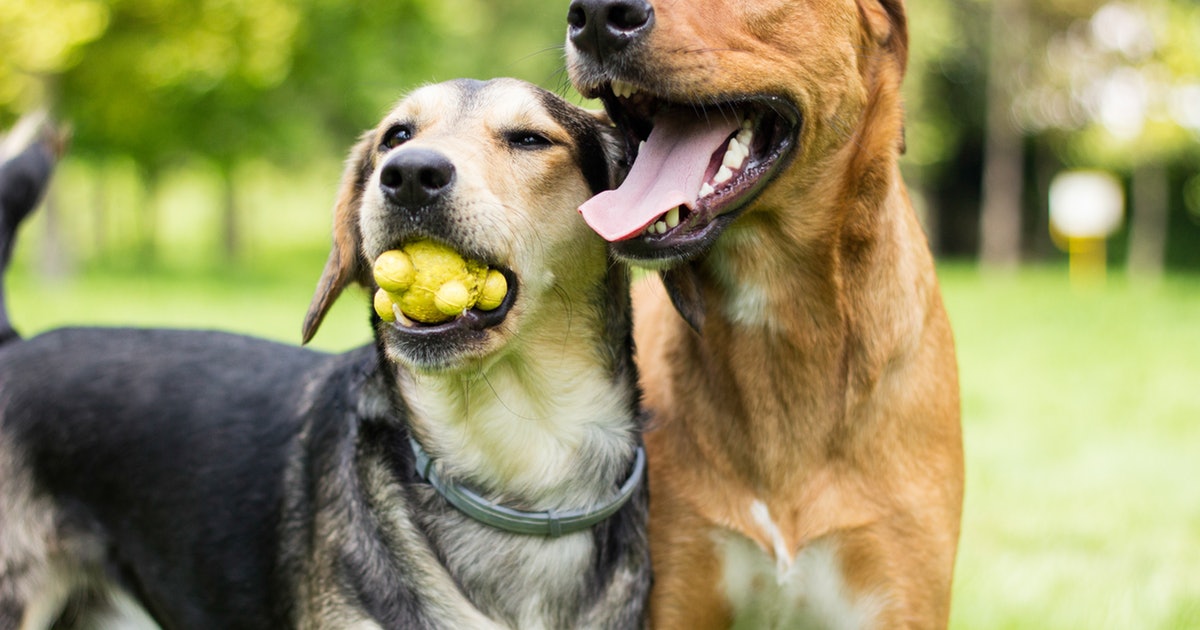 Sometimes all you need is a Twitter thread full of dog photos to make your day brighter. Try finding something more adorable than these photos of dogs that were rejected from doggy day care. One Twitter user got the ball rolling with a photo of her “expelled” pup, Willie, and it seems that she’s not the only one with a dog who’s a bit too excitable.

Twitter user Jessica Shortall (@jessicashortall) posted a photo of her Willie on Nov. 7 alongside a message from his doggy day care. Shortall, who is a public speaker and writer, according to her website, shared a screenshot of a text she received from the dog school, which read, “Also, we did end up having a few more instances of Willie escalating play, so we feel it’s best it be his last stay with us… We know he will do awesome at a smaller, less over-stimulating environment.” Alongside the screenshot is a close-up of Willie’s sad face, and it’s enough to melt you like nothing else.

Shortall went on to say, “apparently loving every dog you’ve ever met and wanting them to know the joys of wrestling is now a federal crime? smh witch hunt.” Apparently “escalating play” isn’t unique to Willie, as the replies from other owners came rolling in. Seriously, the thread is filled with photos of with pups that can’t “behave” in doggy day care, but IDK, they look like some of the goodest boys and girls to me.

The outpouring of responses might be the most amazing thing you’ll see all day.

Admitting your doggo is an “escalator” when it comes to playtime is one thing, but one owner even called out their dog as a “level 10.”

TBH, though, it’s difficult to expect a puppy to learn how to control their energy. But I guess even the cutest fluffers can even flunk out of puppy boot camp.

Heck, some of these pups have owners resorting to “home schooling.”

And some of these dog friends just escalate everying.

Dogs with this extra energy are just misunderstood, though. @IFeelPrtty pointed out that “unbridled exuberance” isn’t appreciated by all dogs. Case in point:

Apparently it’s possible for pups to be expelled from Petco grooming for escaping their cage and vaulting over cash registers.

Hey, let’s just face it, not everyone is great at socializing.

Although all of these dogs are absolutely adorable, sometimes you just can’t train the rebelious spirit out of them.

BRB, going to open up my own doggy day care to accept all of these puppers.