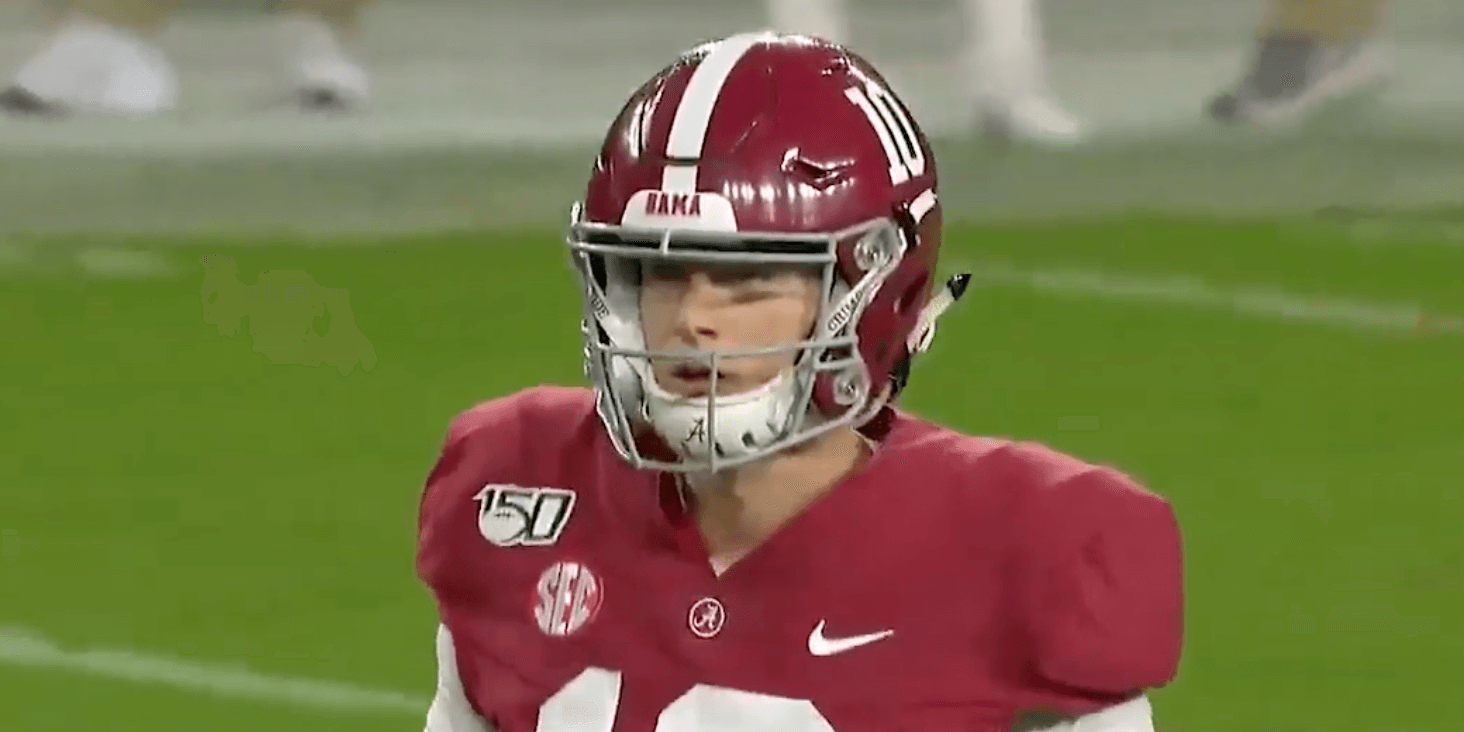 SEC heavyweights clash on Saturday in the annual Iron Bowl, as No. 5 Alabama (10-1, 6-1 SEC) travels to take on the No. 15 Auburn Tigers (8-3, 4-3), as the Crimson Tide attempt to hang onto their dissolving chances at a College Football Playoff berth.

Alabama hits the road, after having destroyed a vastly undermanned Western Carolina, 66-3, last Saturday. Making his first start, QB Mac Jones went 12 for 15 with 275 yards and three touchdowns. The Tigers come high on confidence after a 52-0 win over Samford, who they held to 144 yards with four turnovers.

Make no mistake, numbers and stats aside, the reality is that the Crimson Tide have to beat the Tigers to stay in College Football Playoff picture. With Tua Tagovailoa out for the season with a severe hip injury, Nick Saban will lean on redshirt sophomore Jones, who hasn’t been in the fire, getting most of his minutes against weaker opponents or in blowouts.

How to stream Alabama vs. Auburn live: Watch SEC football

Sling TV does not carry ABC, CBS, PBS, or the CW, and honestly, its one of the biggest strikes against the service. You would need AirTV to stream the action or an HD antenna at home to watch CBS and thus, the Iron Bowl.

Sling TV Latino is another Spanish-language package for $10 per month, including NBC Universo, History en Espaol, andof import to soccer fansfour beIN SPORTS channels. (And choosing Sling TV Latino + Sling Orange for $30 per month gives you access to ESPN Deportes.) For more information, check out our guide to Sling TV channels and our Sling TV review.

For $10 extra per month, you can get NFL RedZone via the Sling Blue Sports Extra package.

How to use AirTV with Sling

AirTV solves one of Slings biggest problems: The inability to receive all of your local channels. By purchasing a basic AirTV for $79.99 or the AirTV Player for $119.99, you can merge those local channels into your Sling TV, (or on your mobile device if you have the basic AirTV). As the Daily Dot wrote in its AirTV review, Its practically magic.

The basic AirTV is a dual-tuner streaming device, while the AirTV Player is basically an upgraded Chromecast that has Netflix preinstalled. Youll still need to own an HD antenna because even though AirTV gets you access to your local channels, it doesnt actually physically show them to you.

But AirTVwhich has no monthly feeserves to strengthen one of Slings biggest weaknesses compared to other live streaming services like Hulu with Live TV, YouTube TV, and PlayStation Vue. All those services have plenty of local channels. While select NFL and college football games (on Fox, FS1, and FS2) are no longer on Sling, you can still catch Fox games with AirTV.

is a solid TV streaming service option, whether your tastes run to entertainment (, , ), news (, ), or sports (, ). If you cant watch a game live, FuboTV offers a three-day replay for each match and 30 hours of cloud DVR. (Check out the complete .)

Hulu with Live TV includes sports programming among its offerings, including ESPN and FS1, and as a subscriber to the service, youll get free access to Hulus sizable on-demand library. (Check out the full list of Hulu Live TV channels.)

YouTube TV is a great option for college football: Fox, ABC, NBC, CBS, FS1, FS2, ESPN, ESPN2, ESPN News, and ESPNU are all here and offer a nearly 360 programming platter of action. (Take a look at the full list of here.)

Alabama vs. Auburn: What to watch for

The key will be whether Auburn can score enough points. Given it’s not reasonable to believe QB Bo Nix is going to turn into a high-flying act, the 14th-ranked defense will have to shine. This means getting the Crimson Tide offense off the field on third down—where Auburn shines, sitting at eighth in the nation in third-down defense.

Auburn will have one other advantage in Alabama’s offensive simplification. The entire playbook was previously available with Tagovailoa, who could make all the throws. Jones will be tested, with the knowledge Gus Malzahn will want to take away any semblance of a Tide run game.

Even still, Auburn will need to score at least 24 points to keep the pace, which will be a tall order against a talented Alabama defense.

Holding the chalk line, Alabam is a 3.5-point favorite on the road, according to Odds Shark. This is a toss-up, and Auburn will play with almost no pressure and everything to gain, given its only goal is to completely ruin their rival’s season.