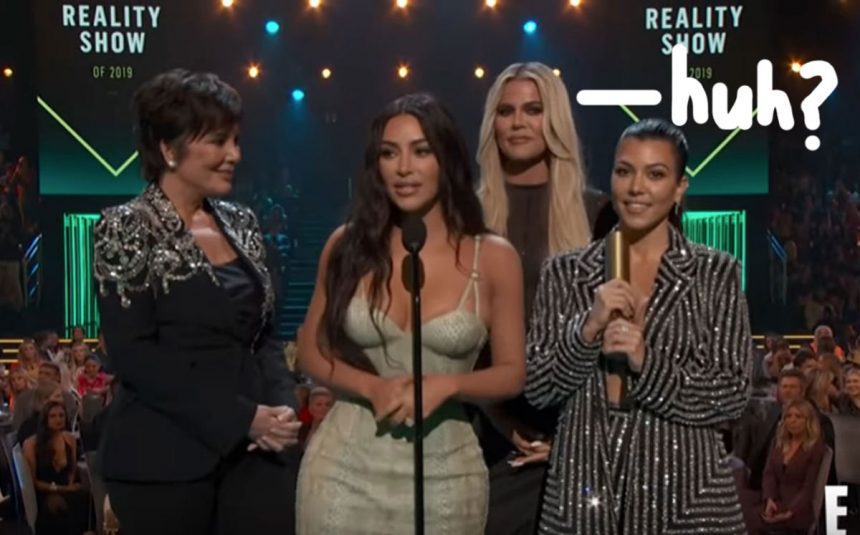 Khloé Kardashian is apologizing to fans after an awkward mishap during the People’s Choice Awards on Sunday night.

In case you missed it, the Kardashian-Jenner clan scored the Best Reality Show Award at the annual show for their hit series, Keeping Up with the Kardashians, while KoKo also won the title of Best Reality Star. However, the starlet apparently missed the memo, leaving people PISSED as she appeared not to acknowledge the fan-voted prize!

The snafu happened right when Khloé and her sisters, Kourtney Kardashian and Kim Kardashian West, along with their momager, Kris Jenner, got up to accept the family’s award. Both Kim and Kris spoke on stage, while Khlo-money awkwardly stood smiling behind them.

If you’ve got nothing good to say, better to say nothing at all??

As it turns out, the 35-year-old didn’t even know she WON, despite a possible nudge from her older sis! Late last night, True Thompson‘s momma took to social media and tried to clear up what happened on stage.

“It’s so beyond loud in there. I had no idea I won an individual award until we walked off stage. I feel so badly right now. I am so f**king grateful and appreciative! I can’t believe I didn’t say anything but I didn’t hear that I won until after.”