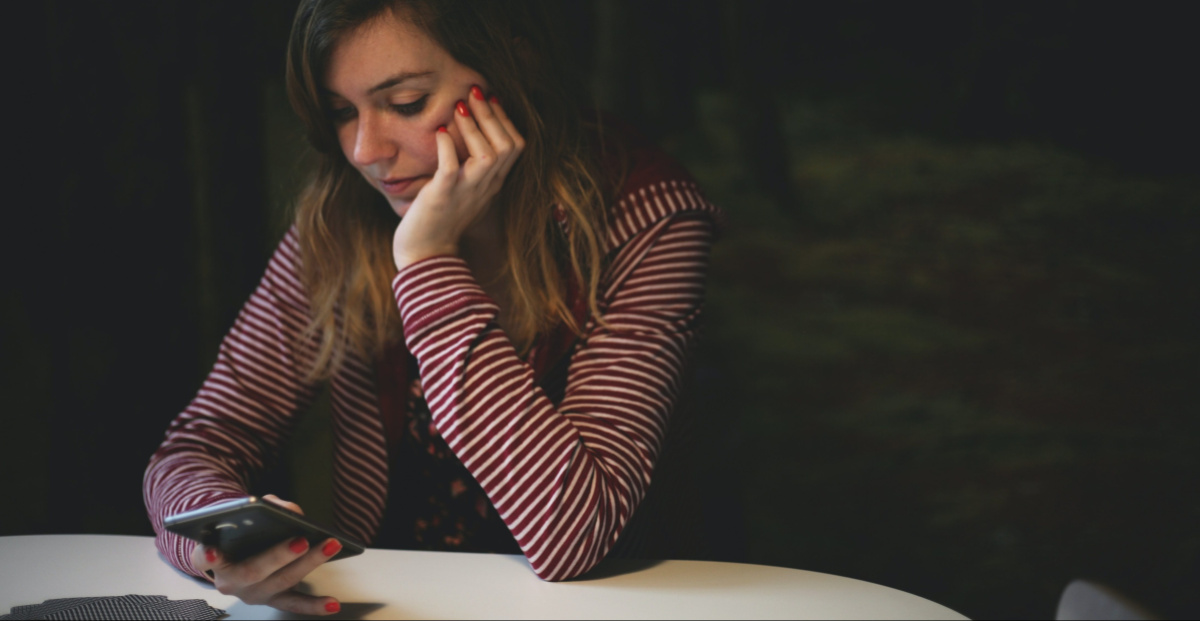 1. She flirted with me and didn’t stop. I have a girlfriend and I didn’t need that drama.

2. When I realized a lot of the things that made her laugh were at my expense. She thrived off of humiliating me.

3. When I realized the relationship was one-sided and they only cared about themselves.

4. Getting ditched every time there’s a new guy on the scene but being expected to be there the second it all breaks down.

5. When I realized she liked hating things more than liking them. I hate beer, hate EDM, hate Marvel, hate Channing Tatum, hate football; these are all things she’s said. It’s ok that we don’t enjoy the same things, but she’d go out of her way to let me know she hated something and rarely talked about what she liked.

6. That realization that you’re the one initiating all the interactions with them and when you stop, they don’t notice.

7. When I’ve realized she was maybe my best friend, but I was not hers. In fact, I was only “useful” to her.

8. Every conversation was about them and their lives. They rarely asked or were interested in what I had going on. The selfishness was just too much after a while.

9. Too much insult humor, really fucked my esteem.

10. I told her not to tell anyone, so she told everyone.

11. Depression. Keeping up communication is rough sometimes. A day of not replying to a message can become a week when you don’t know how to explain that you just couldn’t be around people that day, which can become a month when it always seems impossible to reach out and explain where you’ve been. Thankfully my friends are the understanding sort and don’t give me too hard a time, but I still feel like an asshole.

12. He was complaining non-stop about his life, with no intention to change it. He would complain about this and that, asking me for advice, and whenever I gave advice to him he would be like “yes, BUT…”, “yes, but I can’t because…”. There would always be a shitty and pathetic excuse for not trying, even the most basic stuff. All of this eventually started to tire me out.

13. Creepy comments. He was giving off a bad vibe and I also thought it was gross he was trying to flirt with me when he was in a relationship already.

14. Alcohol. He’s a great friend when he isn’t drunk, but after some stuff happened in his life, he’s only drunk.

15. She had a negative experiences with a lot of things to the point that talking to her was like walking on eggshells. I hope she’s doing alright and I feel bad I stopped talking to her but I had to choose what was better for me.

16. I’ll ghost people if they only contact me for social stuff (i.e. parties they need bodies to show up for) and then when I text them besides that they’re either unresponsive or short.

20. She cheated on my best friend when they were dating.

21. She shit-stirred between everyone, it was just a game to her to ruin friendships, people that she wasn’t even close friends with.

22. We were hanging out having a great time and he said, “I always forget how fun you are.”

Suddenly it occurred to me and I said, “It’s like you forget I exist unless I’m right in front of you.”

He laughed and agreed, thinking I was joking or something, but it was very real.

Unfortunately I stuck around for a few more months, but this was definitely the tipping point

Otherwise for most of my friends, it’s just the same as what other people have said. I shouldn’t have to do the relationship maintenance all by myself 100% of the time.

23. Their political Facebook posts that always ended with, “If you don’t agree with this, then you can just unfriend me.” Deuces.

24. Her two year old was violent towards my two year old. She thought it was normal and refused to correct his behavior.

25. His wife, she scared quite a few of his friends away. Made it so obvious she did not want his friends around. Any time the attention wasn’t on her it was a problem for everyone.

26. Whenever I would talk about feeling stressed and my mental health not being in an optimal condition, she would say something along the lines of, “Oh come on, you don’t have actual problems, there are people out there that actually have depression, anxiety, etc.” She always downplayed the struggles I would be going through just because it wasn’t the worst possible thing that could happen.

27. She pocket called me. Overheard her talking shit about my personal issues that I had confided in her.

28. When you realize that they’re never really there for you and your friendship only breeds passive aggressiveness and envy.

29. Too much drama. Told a sob story in order to garner sympathy points – story didn’t check out and no one believed her so she got even more angry about it. Decided to book it because her stories and blame-games were getting too much for me.

30. Started talking shit about me to my girlfriend and best mate. His dad had a history of drinking problems and he was starting to exhibit the same behavior, so I suggested we should both take a break from drinking for a while and try to focus on some healthier shit. He apparently took that as I’m not the same person and my girlfriend was the person who changed me.