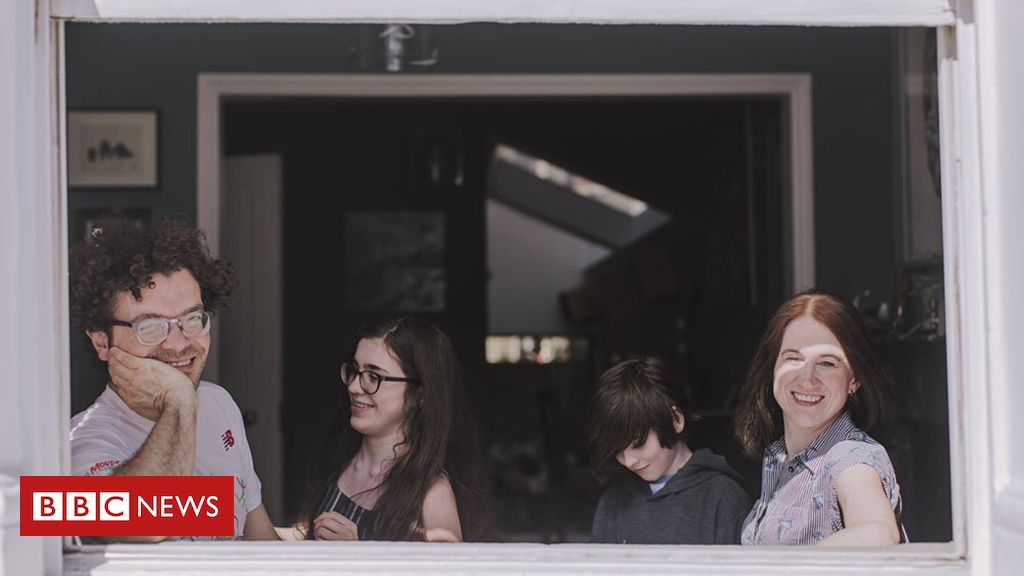 At a time when people can’t socialise with friends or see family, photographer Zoe Savitz began a portrait series of her street in Dalston, east London.

Savitz spent about 20 minutes with each household, standing on the pavement, chatting at a distance before taking their photo.

Sometimes, her housemate would join her, drawn by the opportunity to interact with people again.

“Hearing everyone’s stories, where they came from, what they were doing in the world before it stopped and how long they lived here for was so interesting,” she says.

“Some families have lived on the street since the 70s.

“From Windrush generations, to families from Kashmir, Mauritius, Japan, America, Australia and Europe.”

Savitz now has a pen pal who lives at the other end of the road.

“He’s called Theo and is four,” she says.

“We draw pictures and post them to each other.

“We have borrowed puzzles from a few doors down, had neighbours make us sourdough and have been offered discounts on home-office furniture.

“Since sharing the project amongst members of the street, I see people chatting outside each other’s doors, recognising one another from the photos.

“Now there are so many familiar faces I see on my daily walk, I feel a great community connection that will last a long time and is so rare for city living.

“After seeing my photos, one lady messaged me to say, ‘There is so much history on this road and I’m so glad you are doing this project.'”

All photographs by Zoe Savitz.