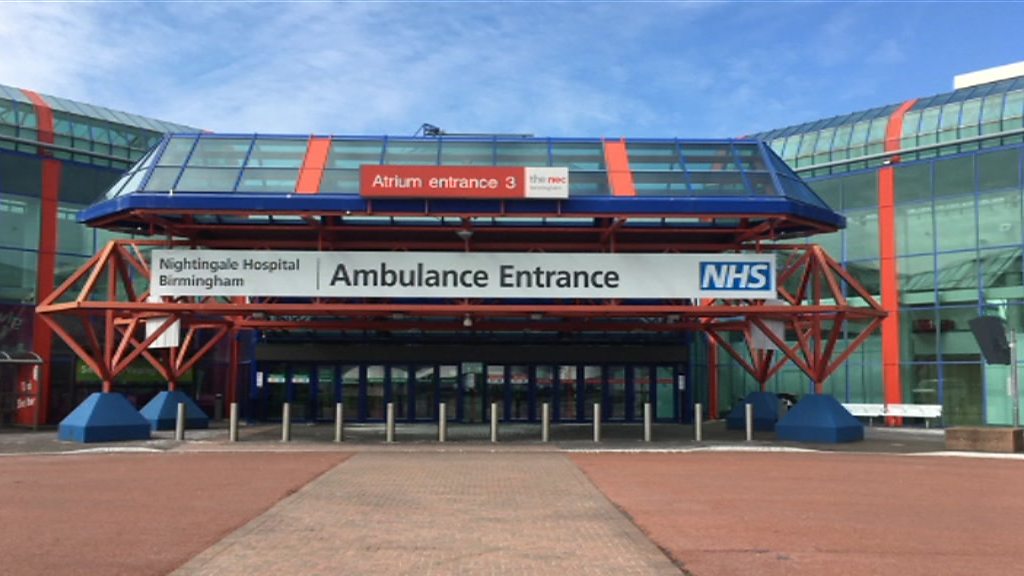 A hospital trust has become the first in England to have recorded more than 300 deaths of patients with Covid-19.

University Hospitals Birmingham, which incorporates four hospitals and is the biggest trust in England, has reported 306 deaths since the outbreak began.

A Nightingale Hospital will be opened on Friday at the National Exhibition Centre (NEC).

The hospital trust said it would not be commenting on the numbers.

He said: “In common with London, we doubled our intensive care capacity in preparation for the crisis.

“…We have patients coming in. We are just about coping and that is thanks to lockdown and the good behaviour of the vast majority of people, but it’s hard.”

Cabinet minister Michael Gove previously called the wider Midlands region “a particular area of concern”, after a total of 212 deaths were reported there on Friday.

The number of deaths covers those at the trust’s four hospitals: the Queen Elizabeth, Good Hope, Heartlands and Solihull Hospital.

The NEC hospital, with a 500-bed capacity, will have the ability to scale up to 4,000 beds if required.

Dr David Rosser, chief executive of the trust, said: “The progress made on this site in just a few days, to turn it from a vast warehouse into an operational patient facility, is quite unbelievable.

“At the same time we have continued to see and treat patients at our other four hospitals to ensure continuity of care across the system, despite the huge challenges.”

The NHS trust recording the next highest number of deaths is London North West University Healthcare NHS Trust, which has had 209 patients die with coronavirus.