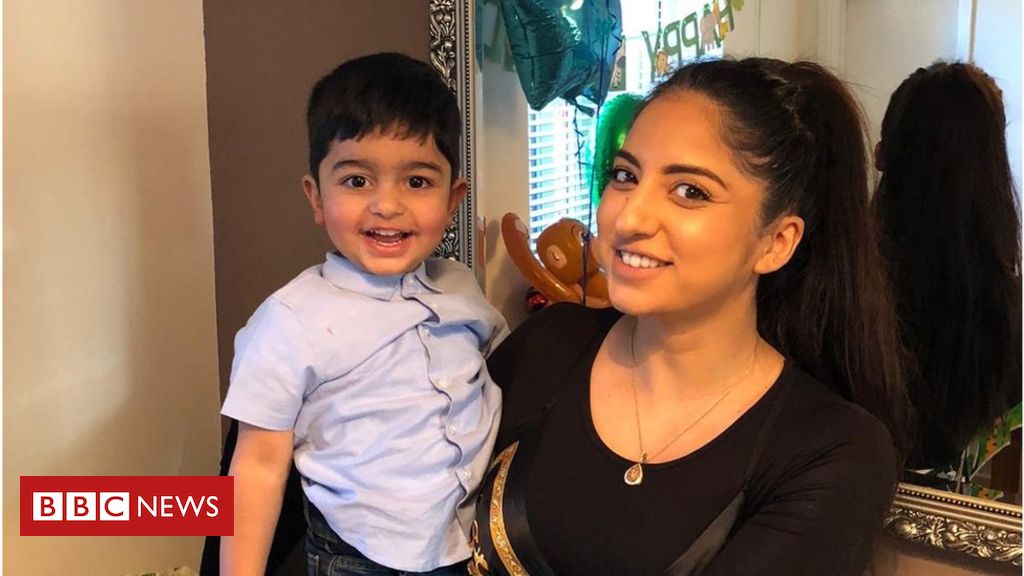 When Farrah Sharif, 30, was told she would have to continue paying 80% of her two-year-old son’s nursery fees to hold his place in the coming months, she was confused.

Like millions of other parents she had already taken him out of their east London nursery because of government guidelines, so she didn’t feel she should pay anything.

“We asked them whether they would be applying for the government’s worker retention scheme and the other financial support, but they were really unclear.

“Lots of parents complained and they said they would drop the fees by another 40%, but we still didn’t feel that was right. So we said we would pay for March and then review the situation.”

To her surprise the nursery emailed her back and said it was taking her son Zayn off the register, suggesting she had been ungrateful.

“I was really upset, I felt my son was being penalised for something beyond his control,” she says.

Since 21 March, UK nurseries have only been allowed to serve the children of key workers, leaving many almost empty and forcing some to temporarily shut.

But some parents are still being asked to carry on paying some or all of their monthly fees as a retainer to hold their child’s place, with bills stretching to more than £1,000 in some cases.

Nurseries say it is because they are struggling. As small businesses, they can access the government’s Coronavirus Job Retention Scheme, which covers 80% of a workers’ salaries if they are put on paid leave, as well as a one-year business rates holiday. But many say that is not enough.

But while some parents say they are happy to pay, others – particularly those who have lost jobs or are facing financial uncertainty – say the cost is too much to bear.

Ashleigh Seymour, 26, from Romsey says she is “angry” at having to pay a 30% retainer to keep her three-year-old son’s Hunter’s place, setting her back more than £200 a month.

“We both have gym memberships, but gyms have closed and they don’t expect you to keep paying for a service they can’t provide. I don’t see why the burden should fall on parents.”

It’s come at a bad time as her husband, who runs his own limited company, has seen his income totally dry up and will get little government support.

But she says she will have to pay as “it’s impossible” to get a full time nursery place where she lives.

Fiona Peart, 37, from London wouldn’t mind contributing something to hold her two-year-old’s place, but not the 100% she has been asked for, which is about £800 a month.

“All my friends have been asked for between 0% and 20% and some friends got a refund for the last week of March when their nurseries were closed. We can afford it but is not ideal.

“My husband’s hours have been reduced and who knows if we’ll even have jobs in a few months?”

‘We are losing money’

But Caroline Marks, who runs First Steps nursery in Poole, says the criticism is unfair.

“Government funding issues, huge business rates, minimum wage, employer pensions, rising food and fuel costs have all had a very detrimental effect on the sector and many nurseries are close to the sustainability threshold,” she said.

“We proposed that our customers pay a 25% retainer fee if they are able to afford it to help keep us afloat until normal service resumes.”

Another nursery owner, who is charging 40%, said she was “operating at a loss” by staying open for just seven key worker children.

“Quite simply put, if the parents don’t contribute something towards nursery fees, we would have to close.

“The combined rent, other overheads such as refuse collection (who won’t suspend the service) and staff costs for these children mean we are losing money.”

The National Day Nurseries Association (NDNA), which represents the sector, says the “vast majority” of nurseries are not charging parents during the shutdown, and those that do will have no other choice.

It says many still have to pay overheads as well as making up the shortfall in their staff’s incomes. Few can claim virus-related losses on their insurance, either.

“Nurseries are vital now as ever to support children of key workers and vulnerable children so we need them to be staffed and operational,” boss Purnima Tanuku OBE says.

“They need to be able to pay their staff to maintain continuity when this settles down.”

Some parents have said that they will not pay the retainers, while others have successfully lobbied to secure discounts.

Lawyers say parents have a lot of leverage as they can threaten to withdraw their children, however the legal picture is unclear.

Private nurseries, which deliver most provision in the UK, set their own terms and conditions and may include emergency closure clauses in their contracts.

But the NDNA says these are designed for things that close the nursery for a few days like fire, flood and vandalism and “have not been tested” in a situation that could last for weeks or months.

Last week, Layla Moran, the Liberal Democrat MP for Oxford West and Abingdon, called on the government to offer more financial support, saying some parents were being pushed “into unnecessary hardship”.

A Department for Education spokesperson said: “We expect nurseries to take a reasonable and proportionate approach to fees paid by parents, in light of these unprecedented circumstances, and to communicate any arrangements clearly with parents.”

It added: “We continue to fund them for the free entitlements for the duration of these closures, even if children are not attending. We have also put in place a significant package of financial support.”