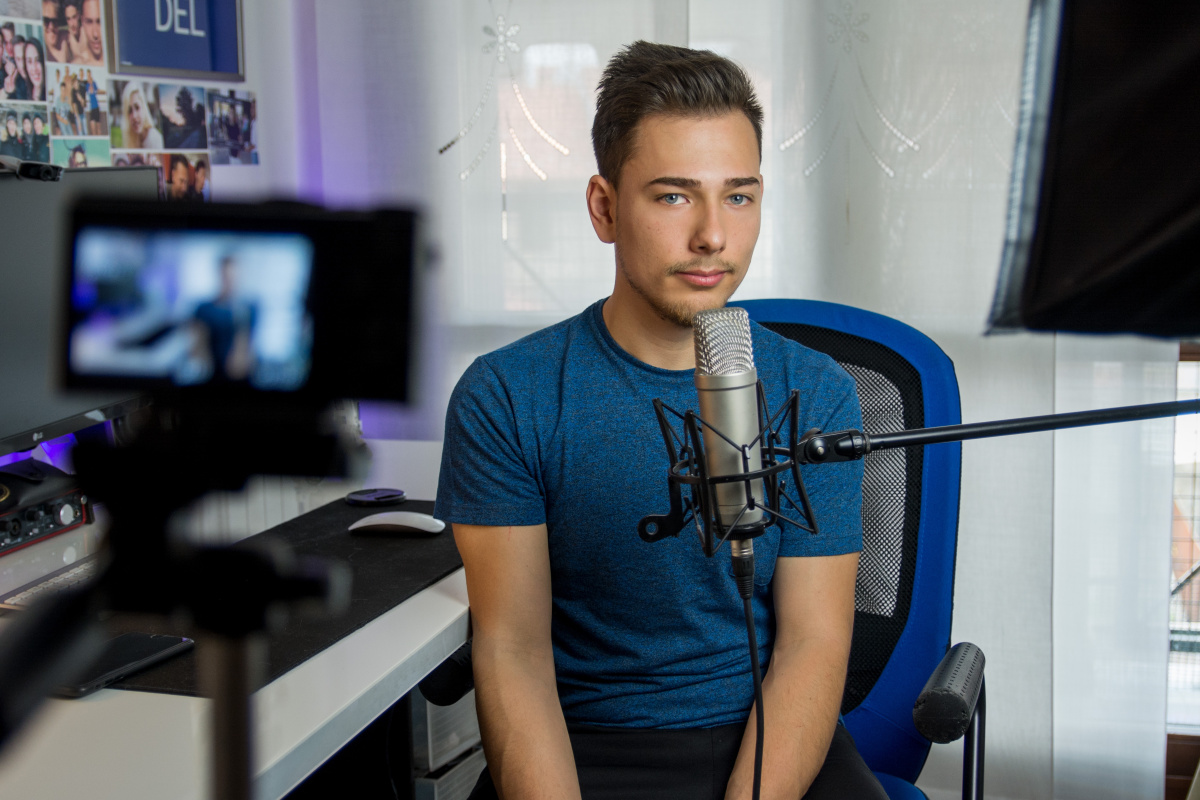 1. Bon appétit. BA has been a major inspiration for me to get into cooking. They strike an excellent balance between interesting, informational, instructive, and entertaining that a lot of food channels struggle with.

2. If you are missing sports, Jelle’s marble runs is very well done. They have all sorts of marble “competitions” Choose a marble/team to root for and it can be fun!

3. Last Week Tonight covers comedic deep dives on really small things in the news. If you want to see Zazu dunk on a coal tycoon and then get sued, and then dunk on the guy for doing that, this is your show. There’s also a suprising number of pyrotechnics early on, and the wackiness just gets more and more elaborate.

4. Binging with Babish is a cooking show that teaches cooking basics and creates dishes from shows and movies. I legitimately learned how to cook just from watching his videos.

5. Buzzfeed Unsolved Supernatural. Don’t let the Buzzfeed name turn you off, it’s like Ghost Adventures except one guy really believes ghosts and demons are real and the other guy really thinks it’s all bullshit. Hilarious show.

6. Translator Fails. She puts songs (and other stuff, but mostly songs) through too many Google translate layers, and then tries to sing them to the original tune. It’s hysterical. Would 400% recommend.

7. Jubilee. They do a lot of segments where they bring people that are a part of a particular group (i.e.—Atheists, Christians, pro-lifers, pro-choice, teen moms, trans people, etc) and ask controversial questions that they have to answer or agree/disagree with and explain their answers. It limitless and there are sooo many categories and situations. It’s very intriguing to hear how people think and to see people of seemingly opposing sides able to come together peacefully (sometimes) and discuss their points of view.

He’s an incredible board-certified family physician with great medical meme reviews, discussing topics such as keeping people updated with the COVID-19 pandemic, discussing diets that work and don’t work, he has an amazing sense of humor, he’s got a big Newfoundland dog called Bear that he refers to as a pup and “little guy,” when he’s beyond that point.

HE PLAYS GAMES, REVIEWS MEDICAL SHOWS, ANIME TOO, what else can I say to sell it to you all that he is an amazing source of facts and staying true to keeping it honest on his YouTube? Uhhh, he’s fairly attractive and well dressed?

Look, as someone who wants to be in the medical field someday, the way he speaks with pride and enjoyment of his work sells it for me because I have always loved the medical field since I was a kid, now, I’m more knowledgeable in things I’d never know if he hasn’t shared his knowledge.

9. Hot Ones – guy is really good at interviewing people and there’s hundreds of episodes.

10. Bald and Bankrupt. An English man on his trips trough the world. Fantastic content I am so sad that I already watched it all. And due to the Corona crisis he had to stop his latest trip.

11. Game Grumps if you like let’s plays. They have a huge selection of games to watch at this point. A good intro game to watch them play might be “Heave Ho”.

12. Marc Rebillet. He’s a musician that uses a loop station to improvise creative and hilarious musical performances. His songs include everything from soulful love ballads to chronicling Santa Claus working as a pimp. He’s definitely one of the most original and entertaining people on the site.

13. You can find a lot of full BBC documentaries on YouTube. They are well made and many are nearly an hour long. I’m currently on the 7th episode of the History of the World, it’s fascinating!

14. Sam O’ Nella is good for informational videos that are also quite funny. Lot of colorful language, though.

A personal favorite is Mustard. More informational videos, but related to aviation and has spicy CG graphics and an engaging format.

15. Primitive Technology is just a guy out in the woods building incredible houses out of sticks and dirt. Turn on the captions for this one since he doesn’t say a word.

16. Safiya Nygaard, because she’s ridiculous. She does a lot of clickbaity things but she does them legit and with weird results.

17. DAILY DOSE OF INTERNET. I could watch it for an entire day and never get bored. If you don’t know what it is, it’s a channel that shows you a collection of short videos that can range from being cute, funny, mind blowing, satisfying, and cool. Seriously if you have never seen it, get on it.

18.JimCantSwim – Criminal Psychology. He looks at high profile police interrogations and analyzes them.

20. Mr.Beast! A lot of his content really helps you remember all of the good in the world, especially in a trying time like this.

21. TierZoo takes animals and things in nature and talks about them as if they were in a video game. It’s a lot more interesting than it might sound.

22. Lofty Pursuits. They make hard candy and go into the history of events and candy. It’s great.

23. Overly Sarcastic Productions. They do videos about history/mythology and they’re really well made and entertaining!

25. Micarah Tewers (she sews, but is very entertaining).

28. Marble Hornets if you’re into some spooky stuff.

29. Call Me Kevin. Especially his gameplays, he makes the worse decisions purposely every time and it’s so funny

30. Brosciencelife. He’s got 150 or so 5-10 minute videos, and most of them are gold. I credit Dom with getting me back into fitness 8 years ago, but I guess now nobody can go to the gym either.

31. Key and Peele. They keep reposting their old skits but it still is like new because they have a lot of skits. Their skits are really good.

32. Taskmaster is a British game show where comedians perform ridiculous tasks. They’re uploading their backlog onto YouTube, and they’ve got like 4 seasons up at the moment.

33. Mental Floss if you want to learn interesting stuff.

5 Television Shows That Shouldn’t Have Been Cancelled