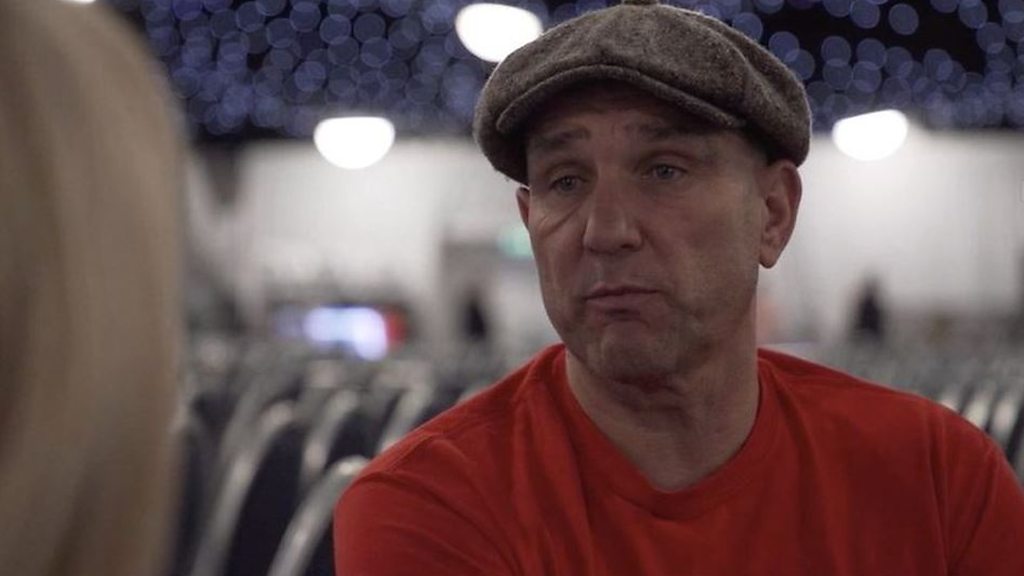 Tanya Jones, who died last year, had a heart transplant three decades earlier and the sportsman turned actor has told BBC Inside Out it changed their lives.

After her heart collapsed while giving birth, Tanya received a donation, believed to be from a 10-year-old boy.

Jones said: “It saved my life, not just hers”.

The former Wimbledon, Leeds, Chelsea and Sheffield United midfielder said Tanya was 21 when she received the “fantastic gift” from the family of a child who had died in a car accident in Germany.

Speaking to the BBC in Leeds, Jones took the opportunity to publicly thank the family who “gave us a new life”.

He said: “Tans had a transplant after her heart collapsed giving birth and we lived with that for ever more.

“It was a fantastic gift that we were given.

“If you kneel down in front of the pearly gates and say ‘give us five more years with her, give us 10 years’, you take that – we had 32.”

Jones, a Welsh international midfielder best known for being part of the Crazy Gang at Wimbledon where he won the FA Cup in 1988, married Tanya in 1994.

Tanya underwent an emergency heart transplant following the birth of her daughter, although the exact identity of the donor is not known.

The mother-of-two died in July last year following a long illness, at the age of 53.

Jones, who has worked as an actor following his retirement from football, has now given his backing to presumed consent, which comes into force from 20 May.

The law change is set to mean all adults in England would be considered to have agreed to be an organ donor when they died unless they had recorded a decision not to donate or were in an excluded group.

The new system has been referred to as Max and Keira’s Law after a boy who received a heart transplant and the girl who donated it.

Jones, 55, said: “I think it’s fantastic, my feeling is that more people would want to donate than not donate so the turn around is the better option.

“I know it’s going to save lives.”

In England, organ donation had always previously been dependent on card-carrying volunteers.

After Wales adopted a new system in 2015, it went on to have the highest organ donation consent rates in the UK at 75%.

Government ministers argue the change in the rules in England could save up to 700 lives a year by increasing the number of organs available.

Inside Out (Yorkshire and Lincolnshire) examiners the change in the organ donation system on BBC One at 19:30 GMT on Monday 23 March and can be seen afterwards on BBC iPlayer