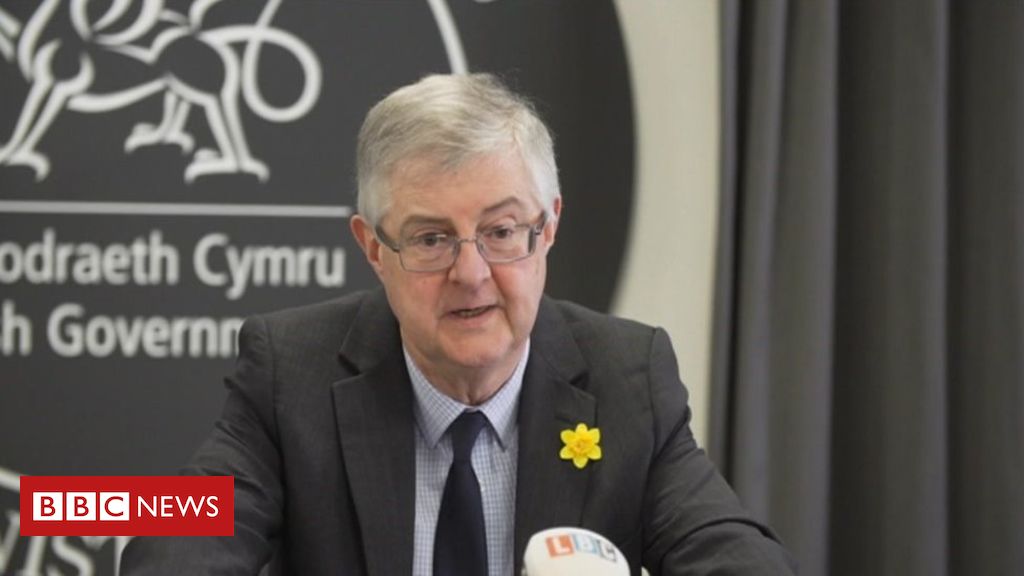 Letters are being sent to 70,000 of Wales’ “most vulnerable people” advising them to stay indoors for 12 to 16 weeks.

First Minister Mark Drakeford said they should not “leave at all”.

It comes as seven more people in Wales died after contracting the virus, taking the total number of deaths to 12.

Mr Drakeford also said a decision on a full lockdown will be made at “the right time”.

“We are writing to 70,000 of the most vulnerable people,” Mr Drakeford told BBC Politics Wales.

“They will get a letter from their GP or consultant asking them to take the most drastic action of all.

“For 12 to 16 weeks, not leaving their homes at all so they have the maximum shielding from the virus.”

The first minister said “we are still at the start of the curve” and the pace of the disease will continue to quicken.

It is therefore important people “take actions to save lives”, he added.

Responding to reports people had headed to beaches and mountains on Saturday, Mr Drakeford warned “the advice is absolutely clear” to keep your distance from others.

‘Looking at our powers’

The first minister will meet officials from other UK administrations later on Sunday and said lawyers would be in the room to discuss the extent of measures he has at his disposal.

“I’m talking to other governments to see what powers we have and if we can use them,” he added.

“I will not hesitate to use these powers if the case is there they are necessary.”

He said he is also speaking to local authority chief executives and health board bosses about issues including people socialising.

He said: “If the advice is we need to take action, we will need to do so.

“Hundreds of thousands of people are doing the right thing, a minority are not.

“Their actions are putting everyone at risk. Most people in Wales are already acting in the right way.”

Will there be a lockdown?

Despite this, he is not expecting a full lockdown, such as the one in Italy, from next week, saying: “the right decision will be taken at the right time.”

He said the measures taken already were aimed at “flattening the curve so when it’s at its height, the NHS can cope”.

EASY STEPS: How to keep safe

Five of the seven new deaths announced on Sunday were at Newport’s Royal Gwent Hospital.

Mr Drakeford said it was “a matter of chance” there were more cases in that area.

He also told people who live with elderly or vulnerable relatives, especially health workers, testing for the virus would increase from next week.

There would be the capacity for up to 8,000 tests a day, up from 800, which would hopefully put people’s minds at rest.

He also said there is not the same potential for the private sector to help in the crisis as there is in England.

“We have a smaller private health system in Wales,” he said.

“We already know them well and work closely with them.”

He also said there is no need for panic buying, with £1bn worth of food stocks and said measures would be taken if people continue to do so.