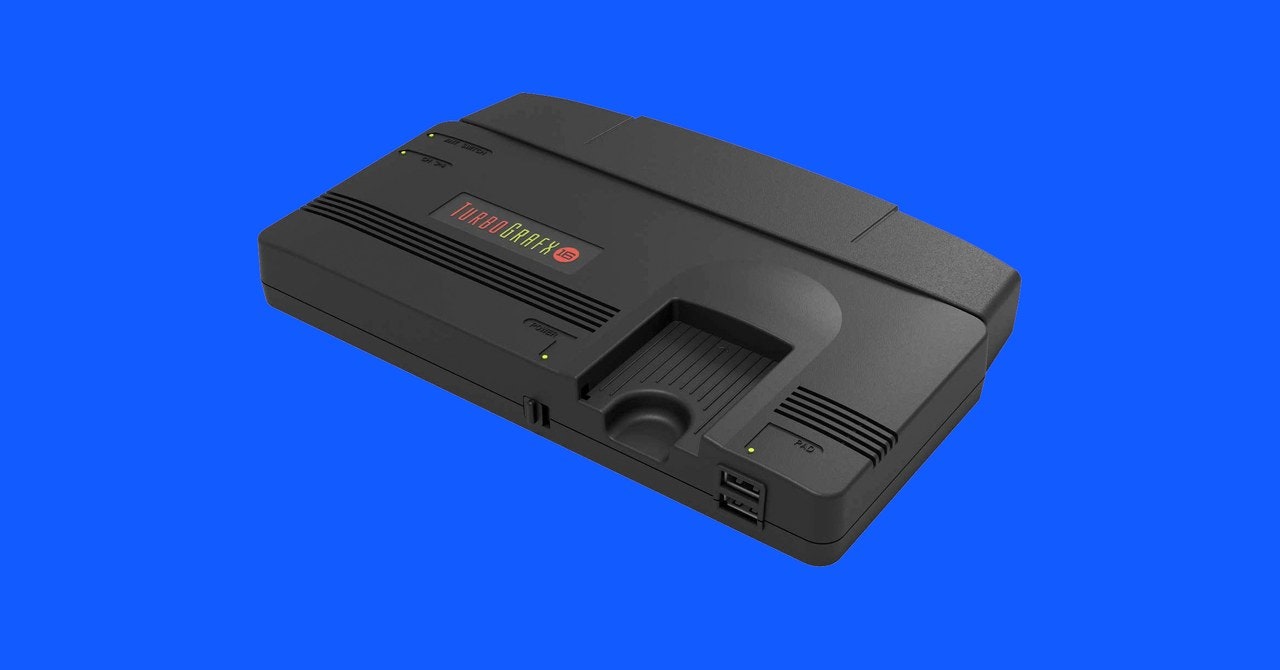 The planned launch of the TurboGrafx-16 Mini later this month has been delayed "until further notice" due to the spread of the coronavirus, publisher Konami announced Friday.

The plug-and-play retro console, originally set to launch with dozens of games on March 19, has been pushed back because "the manufacturing and shipping facilities in China have encountered an unavoidable suspension due to the current coronavirus (Covid-19) outbreak … We deeply apologize for the significant inconvenience, and we humbly ask your understanding and patience while we keep our close attention on the situation."

The delay follows warnings from other gaming hardware manufacturers that availability of existing products might be impacted by the virus's spread. Nintendo said last month that it expected shortages of Switch hardware and peripherals in the Japanese market due to disruptions to the Chinese supply chain. (This despite the company moving some of its hardware production to Vietnam last year.) And Facebook-owned Oculus said to expect further shortages of the Quest VR headset as the company sees "additional impact to [its] hardware production due to the coronavirus."

But the TurboGrafx-16 Mini is the first major piece of gaming hardware to see its initial release delayed by the virus's impact. And the move highlights fears in some corners of the industry that Microsoft and Sony might be forced to delay their planned console launches later this year.

"The videogame sector is currently manufacturing, or beginning to, a once-in-several-years' product generation change for the 2020 holiday season," Jefferies Group said in an analyst note published last month (as reported by Business Insider). "If [company] shutdowns exceed a month or so, game schedules will be delayed. New consoles may likewise suffer supply issues from a prolonged disruption, ahead of their fall 2020 planned launches."

Other industry watchers have pointed to apparent problems in Apple's Chinese supply chain as evidence that console makers will have trouble producing enough new units for a major launch later this year. But Wedbush Morgan analyst Michael Pachter says such worries are premature, to say the least.

Apple "doesn’t really have a realistic manufacturing alternative because of the complexity of assembly (many components, very high specs, relatively high cost)," Pachter told TechRadar last month. "In contrast, Xbox and PlayStation don’t have to be produced in China, but obviously that is the lowest-cost country."

For Microsoft's and Sony's console launches to face serious trouble, the impact of the coronavirus on production facilities would have to last through June, Pachter said. Even then, the console makers would likely have ample time to "quietly arrange for production in Taiwan and Vietnam (at a cost of maybe $5–10 per unit more, at most) just to be safe," he said.

Microsoft announced last month that it was lowering its expected earnings guidance for the third fiscal quarter (ending March 31) because of negative impacts to the production of Surface and Windows OEM hardware. But the company said it expects the performance of other parts of its business, including the Xbox segment, to remain unchanged.