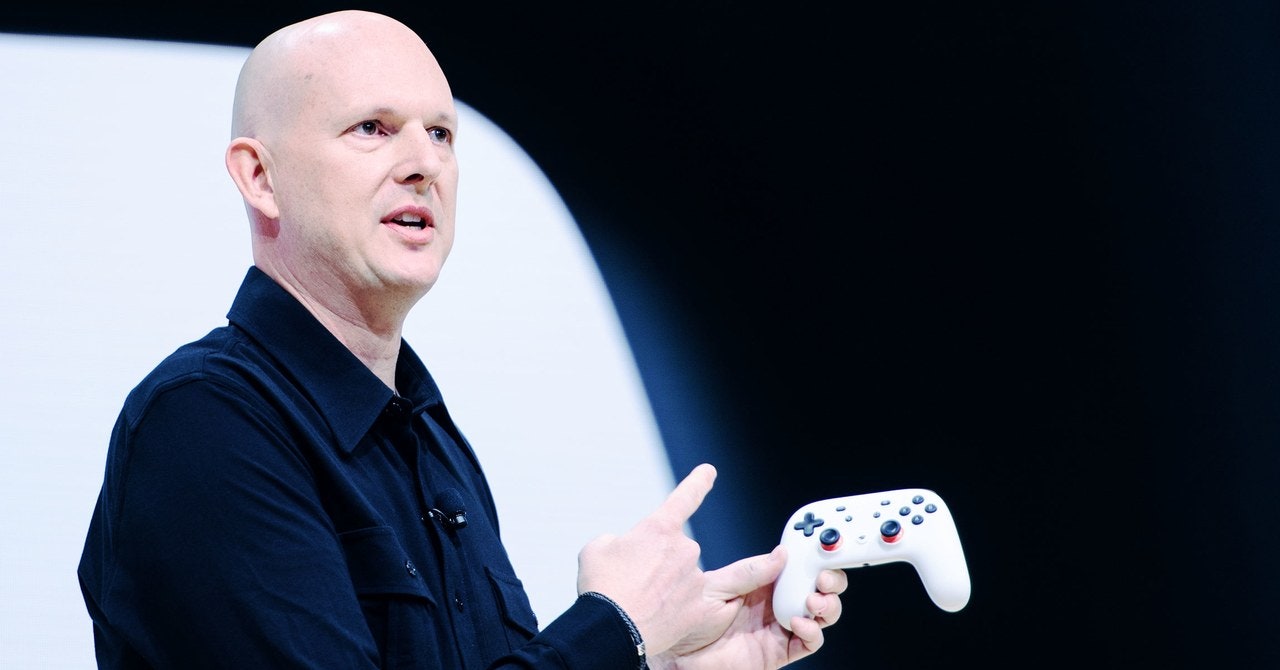 Welcome to Replay, WIRED's rundown of the week's biggest videogame headlines. This week, we've got news about Google Stadia, Riot Games, and some more coronavirus updates. Let's dive in.

First up, some good news for people who actually want things to play on Google Stadia. According to a blog post from Google's head of Stadia games, Jade Raymond, the company is opening a new studio dedicated to developing content for the streaming console. The new office, located in Playa Vista, California, will be lead by Shannon Studstill, the former head of Sony Santa Monica, the studio famous for the God of War games.

Studstill's new job may not be easy. Google is theoretically already at work on some games at its studio in Montreal (the company has been tight-lipped about what's in development), but until those titles see the light of day, the selection of third-party releases on the platform is pretty slim. As Business Insider reported last weekend, Stadia simply isn't pulling in indies because Google isn't offering the type of incentives, in terms of money or promotion, needed to pull developers away from other platforms. Plus, many devs simply don't trust Google to stick with games long-term. So, until Google proves themselves, and maybe starts spending more on courting developers, the company's in-house studios will be facing a lot of pressure to produce good content.

As Covid-19 cases are becoming more frequent and concerns over the spread of the disease grow, so too do its effects on the videogame industry. While E3 is on, for now, its organizers at the Entertainment Software Association have issued a statement saying the organization is "monitoring and evaluating" the ongoing situation. The show is based in Los Angeles, which recently declared a state of emergency to allow the city to properly plan for all scenarios. So while no events are being canceled, companies like Microsoft and Bungie, as Kotaku reports, are enacting work-from-home policies to discourage the spread of the new coronavirus, if possible. Notably, both of these companies are in Seattle, in King County, Washington, a county where, as of press time, there have been 58 confirmed cases of the coronavirus.

In additional videogame-related coronavirus news, researches at the University of Washington in Seattle are hoping to use a videogame to help research treatment for the disease. As Kotaku reports, the puzzle game Foldit, released by researchers in 2018 to allow players to fold proteins in a digital environment to crowdsource work used to better understand and treat various diseases, has added stages based on the structure of the virus. These puzzles allow players to sequence proteins that could potentially bind to a certain protein in the coronavirus, a solution that could lead to better treatment. Neat!

Riot Games Reveals One of Its Upcoming New Games

League of Legends developer Riot Games is finally branching out with a bevy of fresh games created by new internal development teams. One of those games was unveiled this week: Valorant, a multiplayer shooter that one could describe, as Rock Paper Shotgun did, as "Counter-Strike meets Overwatch." Which is to say that it's fast, snappy, and aimed at hardcore audiences, but also is a bit more colorful than your average military shooter and has character classes. Built to be free to play, the game will come out this summer. Check out the gameplay footage here.

Recommendation of the Week: Dr. Langeskov, the Tiger, and the Terribly Cursed Emerald: A Whirlwind Heist, by Crows Crows Crows, on PC

Dr. Langeskov is short, trippy, and wonderfully free. A narrative game in the rough vein of A Stanley Parable, it's a funny exploration of theatricality in games, with a wry narrator and some clever surreal touches. The less I tell you about this one, the better, honestly. But it's only like 20 minutes, and isn't nearly as well known as it deserves. Check it out; you'll have an interesting time.