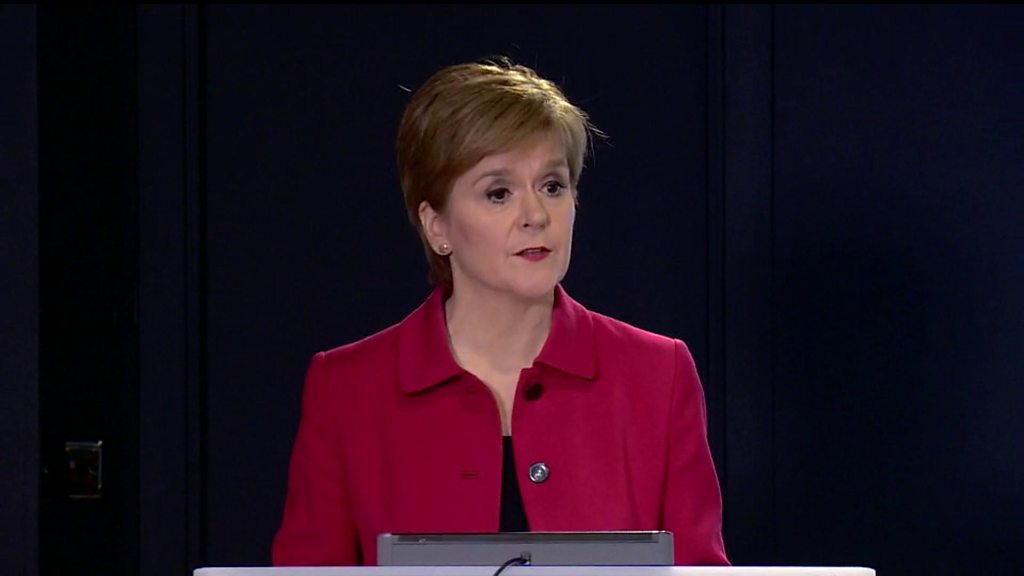 Scotland should prepare for a “significant outbreak” of coronavirus, the first minister has said.

Nicola Sturgeon said there remained just one confirmed case in Scotland, but warned future cases were likely in the “days to come”.

A patient from the Tayside area was diagnosed on Sunday after recently travelling to Italy.

They are “clinically well” and being treated in hospital as a precaution, officials said.

The patient is currently in isolation and details of people they have been in close contact with since returning to the UK are being gathered.

They are not being treated in an NHS Tayside hospital, the health board said.

Ms Sturgeon said the patient had followed the correct protocols by reporting their concerns over the phone and self-isolating before they were admitted to hospital.

What do I need to know about the coronavirus?

Ms Sturgeon said: “It remains the case today that we have one confirmed case in Scotland to the patient from Tayside. That was confirmed last night.

The first minister added that as more patients were confirmed they would not be admitted to hospital unless there was a “clinical need”.

There have been a total of 815 negative tests in Scotland since the outbreak in the Chinese city of Wuhan.

Could large-scale events be cancelled?

First Minister Nicola Sturgeon said the UK was currently in the “containment phase” of coronavirus.

During the next phase – known as the “delay phase” – the cancellation of large-scale events will be considered.

Following the Cobra meeting, Mr Johnson said the spread of coronavirus in the UK was “likely”, but a plan has been agreed to tackle it.

A “Four Nations” action plan for tackling the spread of the virus in the UK was agreed at the meeting and is due to be published on Tuesday.

Ms Sturgeon also urged members of the public to follow NHS advice on handwashing and other measures that help contain the spread of the virus.

A total of 36 people have been diagnosed with the virus in the UK.

“The people who have been in [close contact] will be contacted by our health protection teams. We’ll have a conversation with them and offer testing if that was deemed to be appropriate,” she said.

The virus is contracted through close contact, either face-to-face or by spending more than 15 minutes within two metres (two yards) of an infected person, the government has said.

Dr Calderwood added that NHS Scotland was well prepared for the outbreak and she did not anticipate any problems with capacity.

“We would expect at least 80% of people have a very mild illness that they will recover quickly from. It’s a very small number of people who would need hospitalisation,” she said.

“So there’s no no issue at all with our NHS services, or capacity at the moment.”