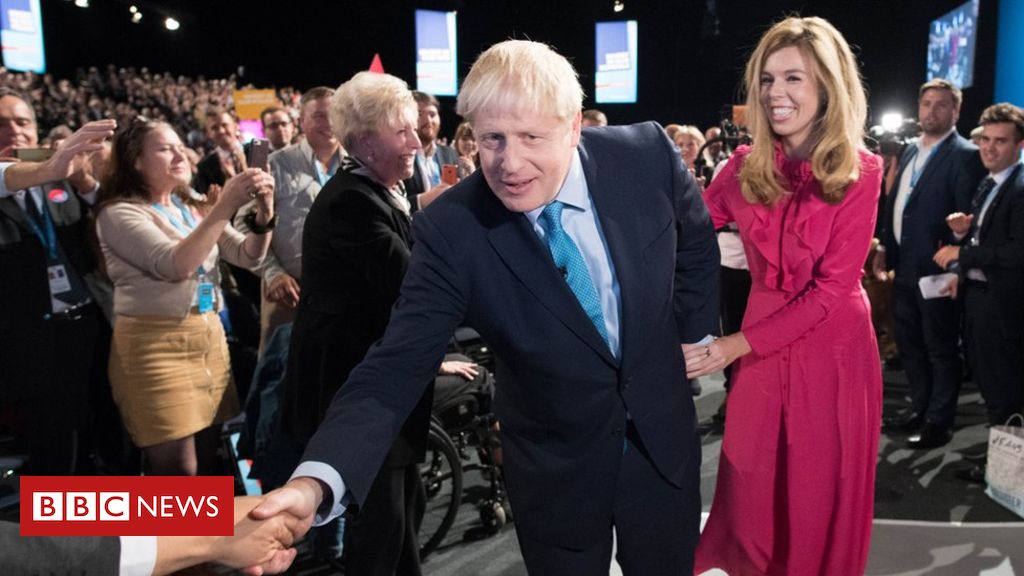 Boris Johnson and his girlfriend Carrie Symonds have announced they are engaged and expecting a child together.

But who is Ms Symonds, and how does the PM’s personal life differ from his predecessors?

Who is Carrie Symonds?

She says she is a fan of comedy Fleabag, has met Muse’s Matt Bellamy on the Parliament terrace and once wished Sajid Javid happy birthday with a cartoon of him as an avocado. But what else do we know?

Ms Symonds is the daughter of one of the founders of the Independent newspaper, Matthew Symonds and newspaper lawyer Josephine McAffee.

The 31-year-old grew up in south-west London before going on to study art history and theatre studies at Warwick University.

Her first job in politics, she says, was working for Zac Goldsmith, the MP for Richmond Park and North Kingston, adding she was “not sure I’d have worked for the Tories if it hadn’t been for him”.

She joined the Conservative Party as a press officer in 2010, and two years later worked on Mr Johnson’s successful campaign to be re-elected mayor in London.

Later jobs saw her work for the then-Culture Secretary, John Whittingdale, before being hired as a media special adviser for Sajid Javid when he was at the Department for Communities and Local Government.

She became the party’s head of communications, but left in 2018 to work in public relations for Oceana – a project that protects sea life.

It was an internship with an animal conservation charity that “first got me hooked on all things animal welfare and wanting to do my bit”, she once said.

Newspapers have credited Ms Symonds with convincing Mr Johnson to oppose fox hunting, and to make animal welfare promises in his first speech as PM.

In 2009, Ms Symonds revealed to the Daily Telegraph that during her first year at university, she was given a lift by black cab rapist John Worboys.

She waived her anonymity to tell how she was waiting at a bus stop in west London in July 2007 when he pulled up in his cab and offered to take her home for £5. He gave her a glass of champagne, which she poured away, but said she drank a shot of vodka he offered her.

She later campaigned against the decision – now reversed – to release Worboys from prison.

How long have the couple been together?

Ms Symonds was first romantically linked to Mr Johnson by the media in early 2019.

Mr Johnson and his second wife, childhood friend Marina Wheeler, had announced they were divorcing in 2018 after 25 years. They have four children together.

During Mr Johnson’s leadership campaign launch on 12 June, Ms Symonds was seen in the audience.

The same month, before Mr Johnson won the leadership, police were called to the couple’s home in south London after neighbours reportedly heard a loud argument.

When Mr Johnson first became PM in July 2019, Ms Symonds watched from the sidelines as Mr Johnson entered No 10.

It was a contrast to her predecessors, who joined their husbands on the famous Downing Street steps.

But, after the December election, the couple walked in together.

The couple live in the flat above No 11 Downing Street. They have adopted a puppy from an animal rescue charity in south Wales, who they named Dilyn.

The baby’s due date of early summer would suggest it was conceived during the autumn, around the time that the October 31 Brexit deadline was extended.

How have PMs’ personal lives changed?

When Mr Johnson took office, it was unprecedented to have a prime minister living with a girlfriend in Downing Street.

Mr Johnson, 55 is only the third divorced prime minister since 1721. Ms Symonds, meanwhile, is the youngest partner of a PM in 173 years.

As well as Ms Wheeler, Mr Johnson was previously married to Allegra Mostyn-Owen for six years from 1987.

In 2004, he was sacked from the Conservative frontbench after claims he misled his party’s leader over a reported affair with journalist Petronella Wyatt.

And in 2013 it emerged during a court hearing that Mr Johnson had fathered a daughter during an adulterous liaison while Mayor of London in 2009.

Although divorce was considered scandalous in the 1950s when divorcee Anthony Eden led the country, the idea of a prime minister’s partner has now changed in line with society’s norms, says politics lecturer Dr Nicholas Allen.

It is not an unusual arrangement – co-habiting unmarried couples are now the fastest-growing family type in the UK, according to the ONS.

And even though Mr Johnson is 24 years older than Ms Symonds, big age gaps have been seen before, adds Dr Allen, citing the 23-year-gap between Mr Eden and second wife Clarissa.

In terms of the pregnancy announcement, it is not the first time a baby has been born to a serving prime minister.

Tony and Cherie Blair had Leo in May 2000, while David and Samantha Cameron had daughter Florence in 2010.

What roles do PMs’ partners usually have?

“There are as many ways to be a PM’s wife or partner as there are to be prime minister,” Dr Allen says.

The role has “always been open to interpretation” says Dr Allen, who lectures at Royal Holloway university.

He adds all partners to some extent are “a sounding board, someone to speak to at night”, as well as accompanying the PM at official events.

Other roles, which past spouses have adopted, include that of a “personal champion” who encourages their partners to seek high office, like Neville Chamberlain’s wife, Anne.

Some partners have adopted a policy or political role, while others have served as a beneficial distraction from the burdens of office.

Theresa May described her husband, Philip May, as her “rock”, telling the Daily Mail he poured her a whisky and made her beans on toast during one difficult week.

Mr May – like his wife – was a largely private figure but still accompanied the ex-PM on major trips abroad.

His interpretation of the role echoed that of his only male predecessor, Denis Thatcher, who summed up his approach as “always present, never there”.

Traditionally, writes the author Mark Hichins in his 2004 book Prime Ministers’ Wives and One Husband, consorts did not have their own careers.

Before Cherie Blair, only Audrey Callaghan and Denis Thatcher had careers of their own.

And not many prime ministers’ wives have felt able to speak out candidly, he adds – although plain-speaking in private can be beneficial.

He writes: “This was Clementine Churchill’s great strength, notably in 1940 when Winston’s popularity and prestige were at their height and she wrote him an outspoken letter saying, in effect, that power was going to his head.”

When human rights lawyer and part-time judge Cherie Blair entered No 10 with husband Tony, never before had a prime ministerial consort attracted such a high profile.

Mrs Blair continued to work as a lawyer and often made headlines for her actions.

She once phoned TV show Richard and Judy to complain that her husband never buys her flowers, as well as speaking out on policy issues.

“She was the first prime ministerial spouse who was thought to earn more than her husband,” says history lecturer Dr Martin Farr from Newcastle University.

Public relations executive and charity founder Mrs Brown continued her charitable work, and in 2009 she gave the keynote speech at a meeting of the World Health Organization.

She later wrote a memoir detailing life as a PM’s spouse.

Meanwhile, after her husband took office, businesswoman Mrs Cameron – who was five months’ pregnant – announced she was stepping down from her role as creative director at luxury stationery firm Smythsons.

She later hosted regular receptions for volunteers, and was also an ambassador for the British Fashion Council.

Dr Allen suggests the role of PM’s partner has changed, along with the long-term cultural shift “that a wife is not simply defined by her husband”.

But he says lots of prime ministerial wives were previously not defined by their husbands, citing socialite Margot Asquith.

Parts of this article were originally published in August 2019.